Jelling, Denmark: Why You Can’t Miss The Home of the Viking Kings & the Famous Jelling Stones!

I’m back with another post about Vikings! I’m pretty sure I work them into almost every post I’ve written about Denmark, but this one is different because it’s entirely about Vikings. Jelling, Denmark is one of the most (if not the most) important Viking sites in Denmark. I have been dying to visit for years, so when I saw my class in Aarhus would be taking a trip there, I was practically giddy with excitement! If you’re in Jutland and want to see one of the famous Viking sites in Denmark, Jelling is the place to go 🙂 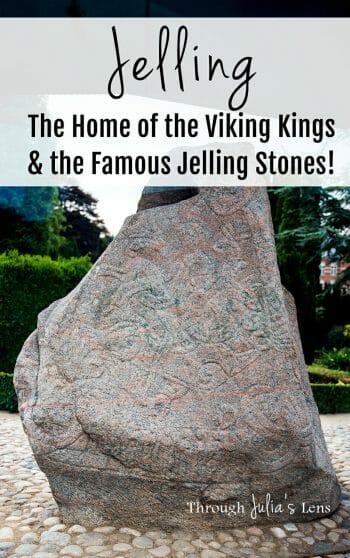 So Jelling, Denmark is famous because of the Jelling Stones– probably the most famous runestones from the Viking Age. Jelling was the royal seat of the first kings of Denmark, and they left their mark with the runestones. The smaller one was erected by King Gorm the Old in memory of his wife, Thyra.

The second stone was erected by King Harald Bluetooth, the son of King Gorm and Thyra. Part of the second stone is in memory of his parents, and part of the stone celebrates the unification of Denmark AND marks the country’s conversion to Christianity. There’s also an elaborate carving of the crucifixion on one side, and it was originally painted in bright colors, which you can see on a recreation in a museum further below.

The second of the Jelling Stones was created in 965, a hundred years before the end of the Viking Age. It’s important because it’s the first time Denmark is recognized as a unified country (it’s often referred to as “Denmark’s birth certificate”) , and it contributed significantly to the spread of Christianity in the Viking Age. 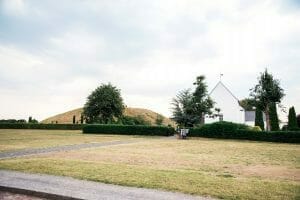 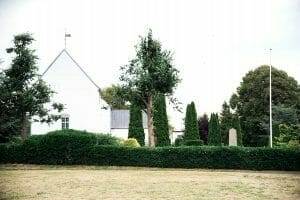 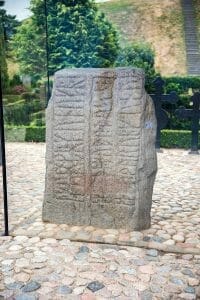 The Jelling Stones are in the original area where they were created, and they have recently been put in cases to protect them from the weather and vandalism. You can still see the stones well from all angles, and it’s nice that you can see the stones in their original spot instead of inside an exhibit. 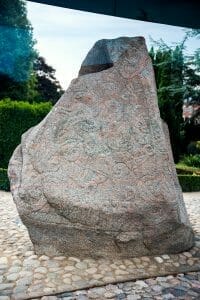 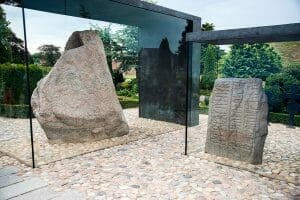 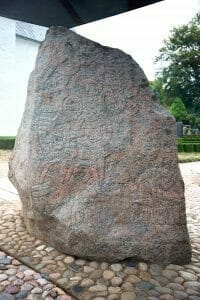 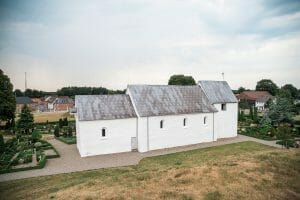 There are two large burial mounds in Jelling. It’s believed that one of them was form King Gorm, but the burial chamber was empty during excavation. King Harald built the Jelling Church next to them for his father, which is where he moved his father’s body. The current church is the fourth one built on the same spot, and it has frescoes from the 1800s. 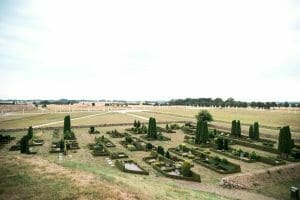 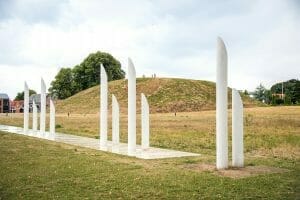 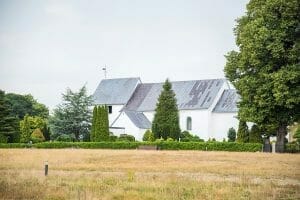 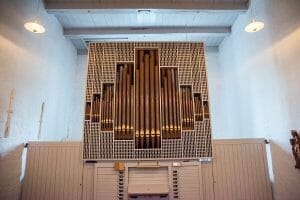 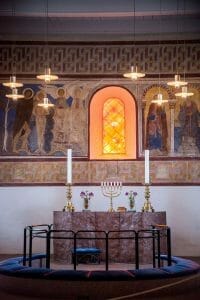 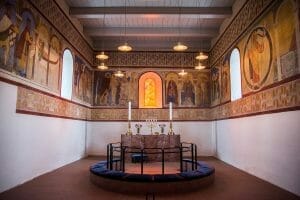 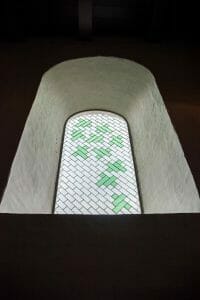 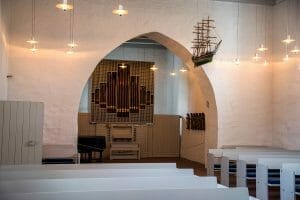 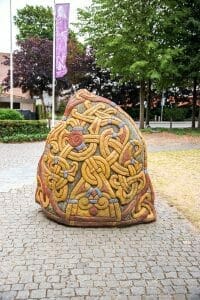 Right across the street from the Jelling Stones is a museum with information about the Viking Age and the Jelling Stones. The Experience Centre at Kongernes Jelling had some really interesting interesting exhibits, but I’m afraid that my class was in a hurry and I wasn’t able to spend much time inside! I definitely want to return to Jelling, so I’ll have to spend more time in the museum when I go back. 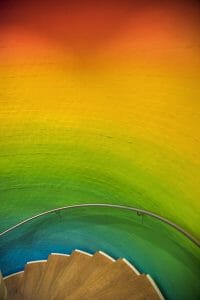 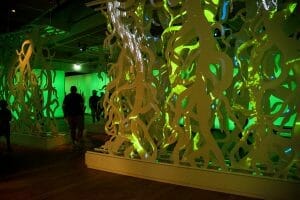 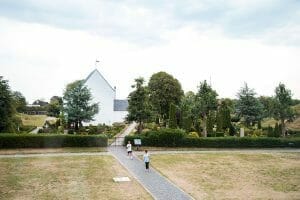 So even if you’re not as obsessed with Vikings as I am, Jelling is still worth a visit to learn more! There’s so much history packed into the small town that’s worth exploring 🙂

8 Comments on Jelling, Denmark: Why You Can’t Miss The Home of the Viking Kings & the Famous Jelling Stones!