When I was in New Orleans, I did a self-guided tour of the Warehouse District along with lots of tours with groups- two cemetery tours, a French Quarter tour, and the last one was a New Orleans Garden District tour! It started in the Lafayette Cemetery before continuing on to see the beautiful historic homes. It’s free to walk around the neighborhood on your own, but I loved doing the tour (which is also free with Free Tours By Foot) because our tour guide was able to tell us fun facts like which celebrities lived in which homes, which homes were for sale (and how much they were selling for, which was more than I could ever afford!), and what was damaged in Hurricane Katrina and is still being rebuilt. It was a fascinating tour, and I highly recommend it if you want to see some beautiful homes in New Orleans and learn their history! 🙂 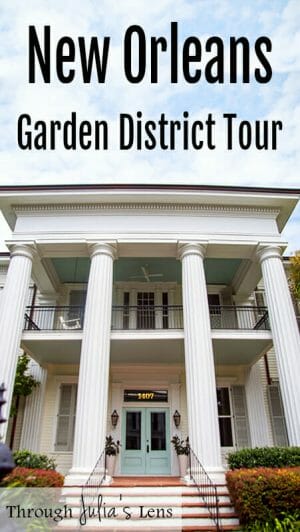 The Garden District was developed in the 19th century, and it actually wasn’t part of New Orleans for a few years. The area started with being plantations for a while before more homes were added, and many of the homes haven’t changed since they were first built! I did see one new house going up, but the rest were much older. Most of the homes weren’t flooded in Hurricane Katrina but there was some wind damage, but most people were able to return to their homes soon after the hurricane. 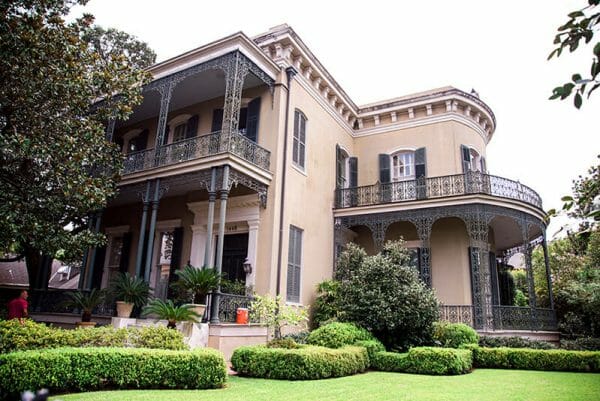 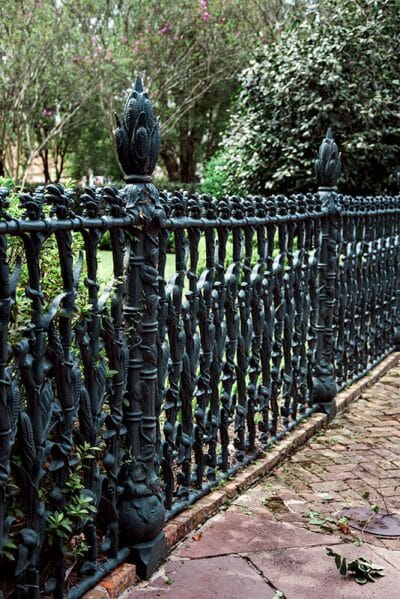 Every single one of the homes in the Garden District is beautiful! I loved all the ornate details, especially on all the galleries (I learned the difference between a balcony and a gallery during the French Quarter tour!). One of the interesting things our tour guide taught us was back in the day, all the ceilings of the galleries and porches were painted blue (and you’ll see that many houses still do this). It’s called “haint blue” to keep evil spirits called haints from coming inside. They thought that haints wouldn’t go near water, so they mimicked water with paint. 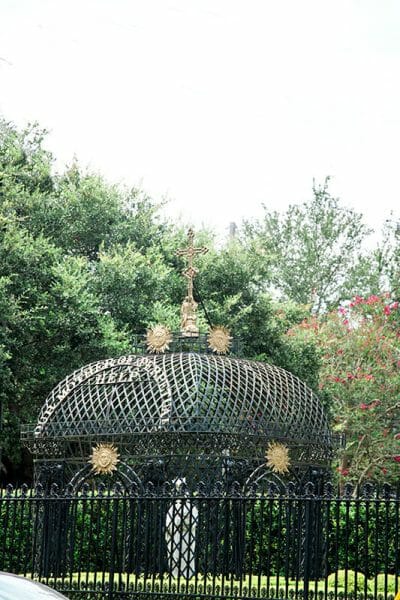 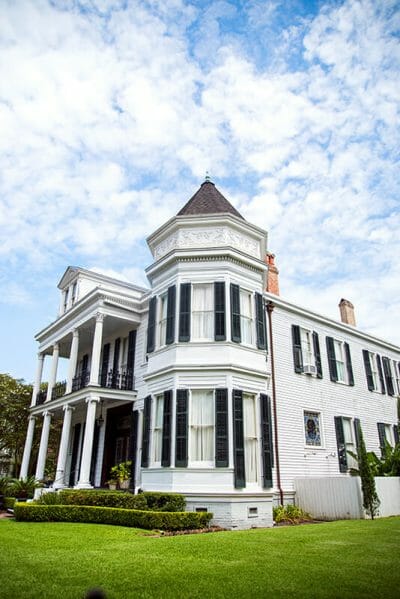 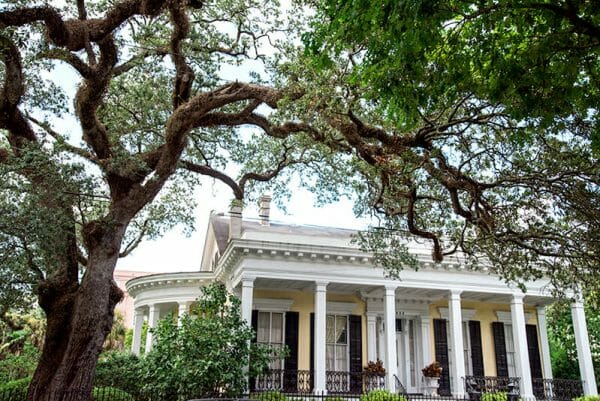 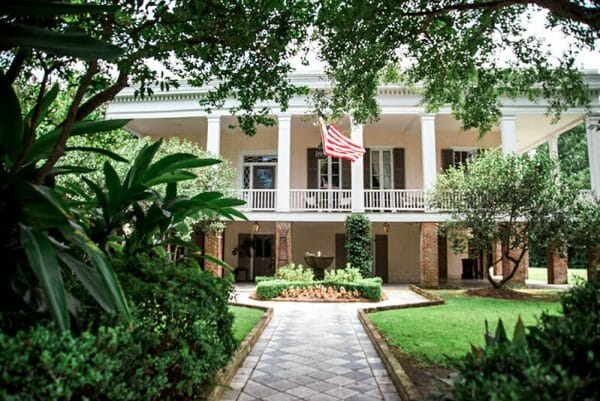 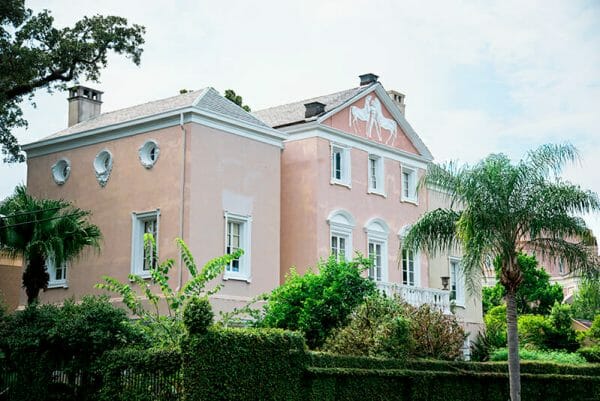 I loved the added artwork on some of the homes! I also loved the historic fences and mailboxes! 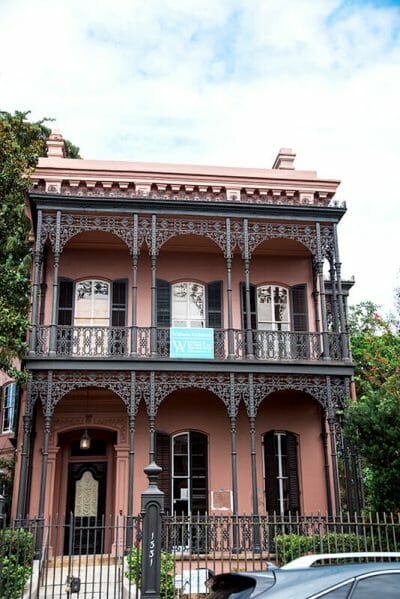 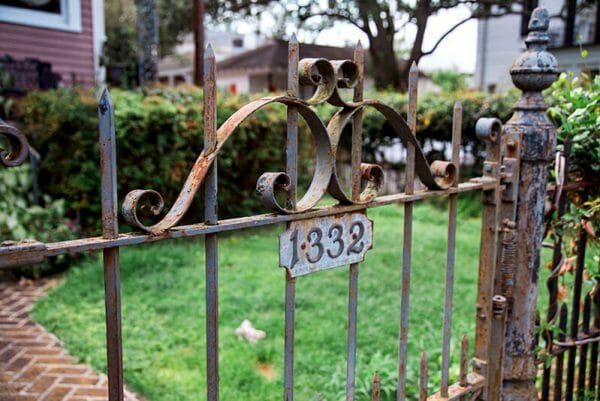 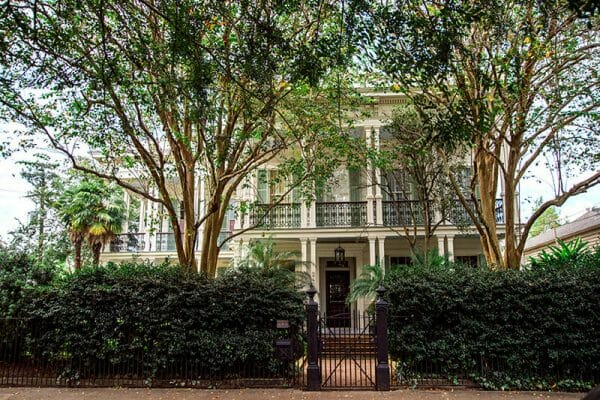 The Garden District was much quieter than the busy French Quarter, so if you’re looking for a more relaxing way to see the city, I highly recommend doing a New Orleans Garden District tour! It’s such a beautiful part of the city and a great way to learn about New Orleans’ history.