Because of the pandemic, I had to cancel some trips, including a trip to France to visit my brother Dominic studying abroad in Nantes. He did get to travel around France some before things got shut down, and since I didn’t get to go to France this time, he’s writing about his adventures for my blog. My family got to visit him for a week and wrote about their itinerary in France, and this week, Dominic is writing about his day visiting Pornic, France! 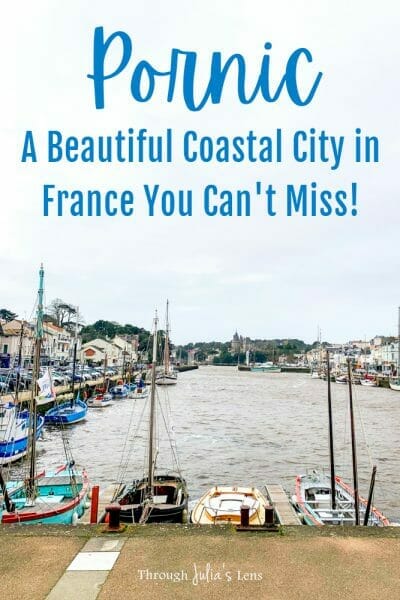 One day in Pornic, France

I studied abroad this past spring in Nantes, France. Before my semester was cut short for the pandemic, I did manage to travel to some extraordinary cities! On one of the first weekends there my new friends and I decided to explore the Atlantic coastal city, Pornic. Pornic is located in the Loire-Atlantique département, in South-Eastern Brittany.

It was a little over an hour train ride from Nantes, and in order to get there, I first had to catch a tram. Since we were traveling on a Sunday, I had to make sure to catch the tram on time, which meant I had to outrun the tram to make the connection! On Sunday, everything shuts down and very few trams run, so I needed to catch this one to make it to the train station. And it was far too far to walk in a short amount of time. I had a few close calls with catching trams, but this was by far the closest encounter to missing it that I had.

I met my two friends at the station, and caught the train to Pornic, France. The trains are pretty comfortable and even though I don’t speak French, we were able to figure out when to get off! We spent the day walking along the coast, and it was very windy along the water. 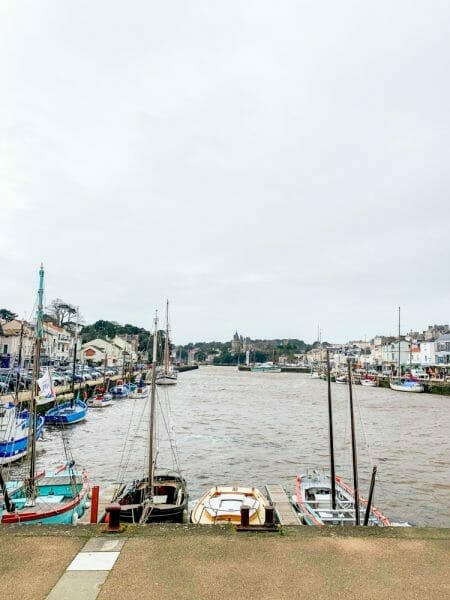 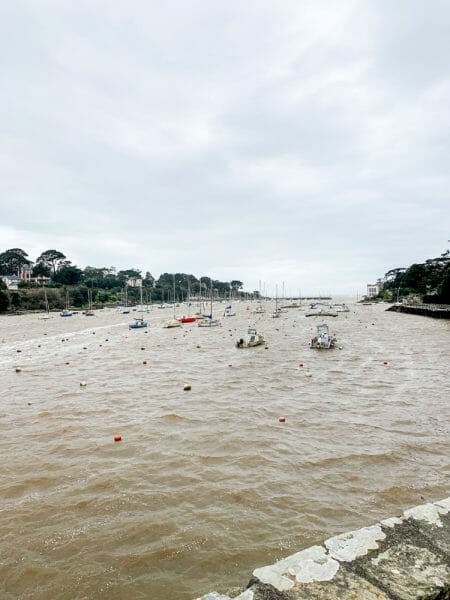 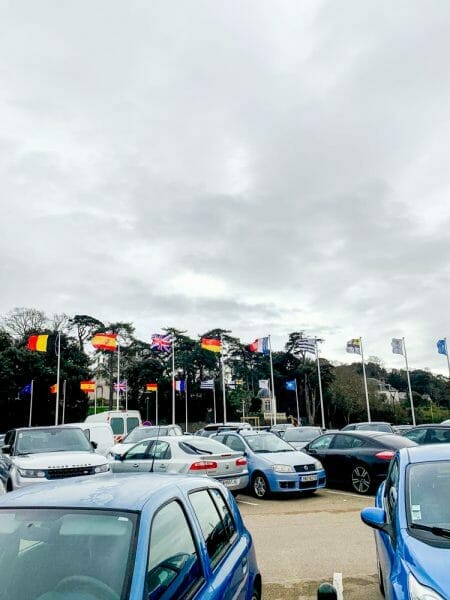 The town has a castle, Château de Pornic, originally built in the in the 10th century by the Duke of Brittany, who built garrison protecting Pornic. A new stone castle was built in the 13th century by the Lords of Rais. The Marquis de Brie Serrant became the owner of the castle in the 18th century, but during the French Revolution, his goods were confiscated and the castle fell apart. Château de Pornic was finally restored by Mr. Bougouin, an architect from Nantes, who gave the castle its current appearance.

Unfortunately, the only homework I did on the town was done on Google Maps, we didn’t know about the castle being a private residence. We were a little disappointed that we were only able to see if from the outside, but we were able to find several other sights to see and we started with walking PART of the 15 km boardwalk along the beach. 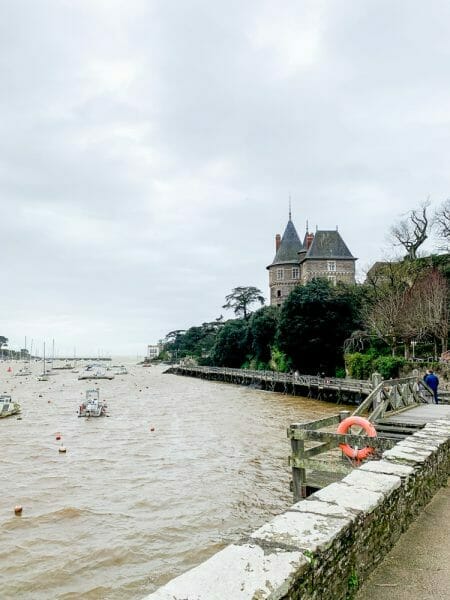 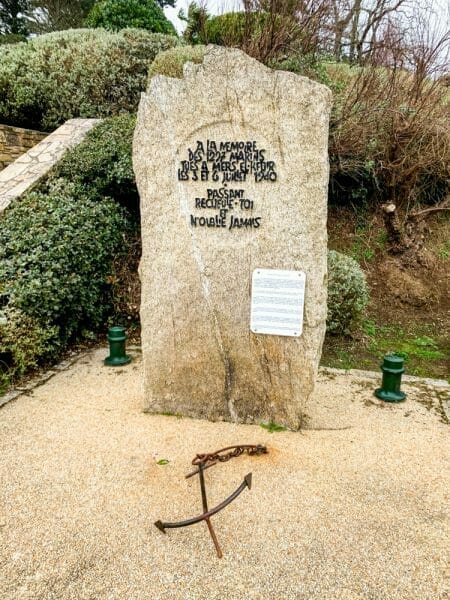 Pornic is famous for its mussels and fries (in France you don’t need to say French fries), but being Sunday, most of the restaurants were closed or too expensive for college students, so we ate at a local burger stand called La Gourmandine, and the fries were as delicious as advertised.

After lunch we walked along the coast for some photos of the coastline and the lighthouse. Walking around was very easy to do, as there was a boardwalk to take you on a very scenic route overlooking to the water for several miles. There is a quaint street line of restaurants and stores right on the water. Everything is a short walk from the train station and everything is simple to navigate when using a GPS. 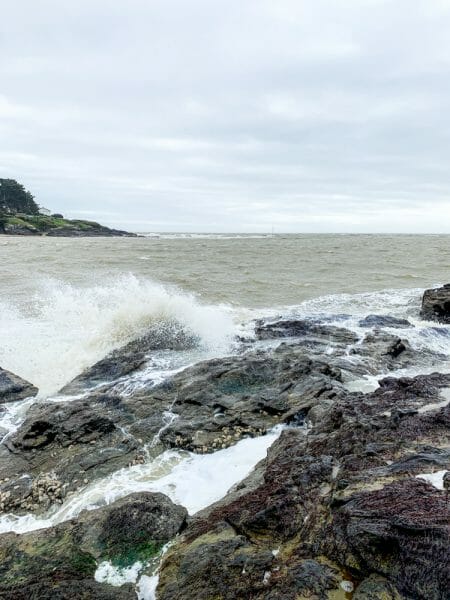 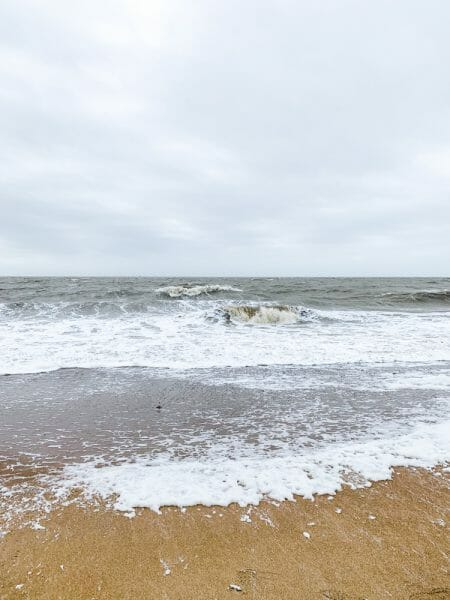 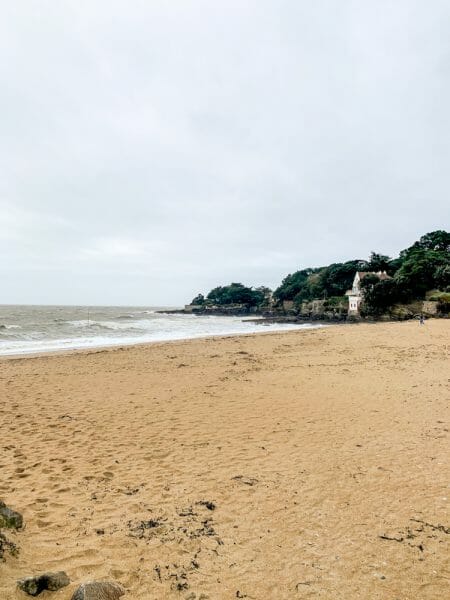 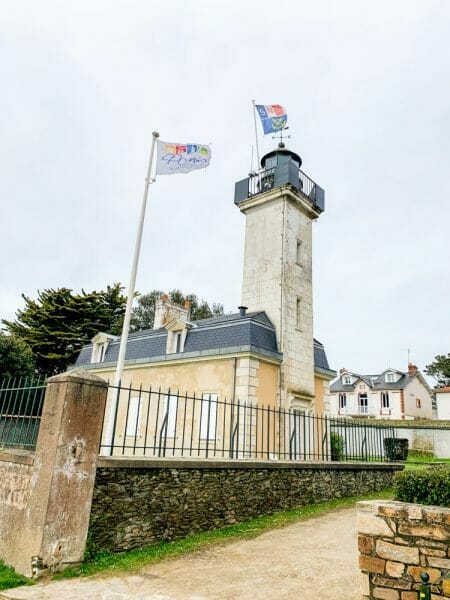 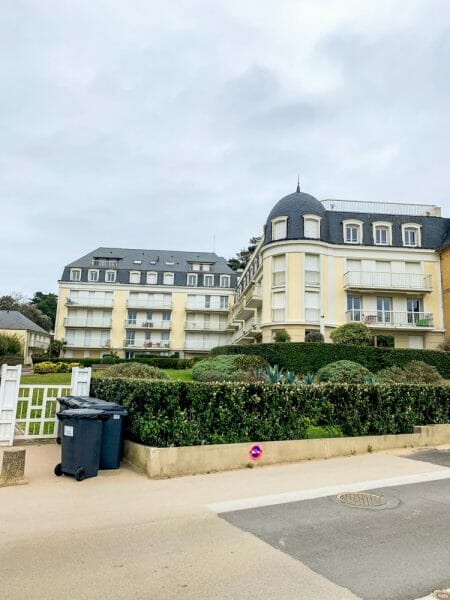 The next stop was La Joselière dolmen, a burial monument which was built around 2500 B.C. during the Middle Neolithic period. It contains a Megalithic tomb and has four chambers with a middle corridor. We took a forty-minute walk to the monument, and it was quite interesting to see. You will go off the beaten path, but the GPS truly knows the way. 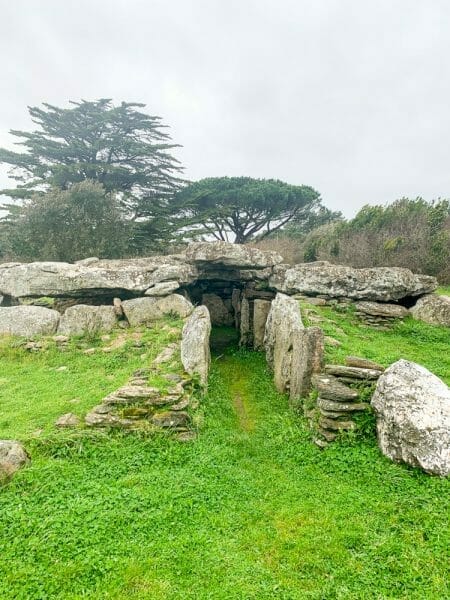 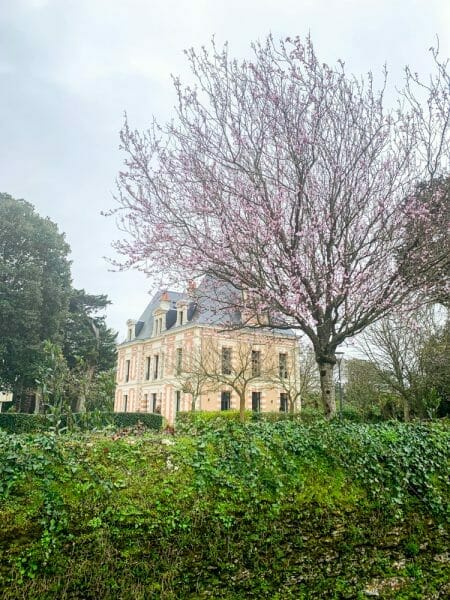 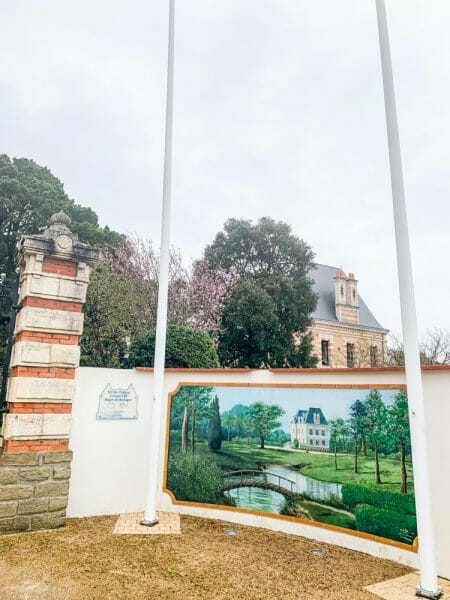 Then we walked back to the town center to look at the stores and souvenirs, before riding the train home to Nantes. 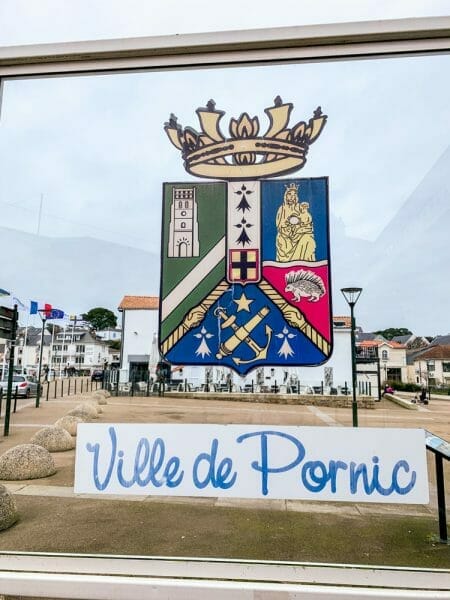 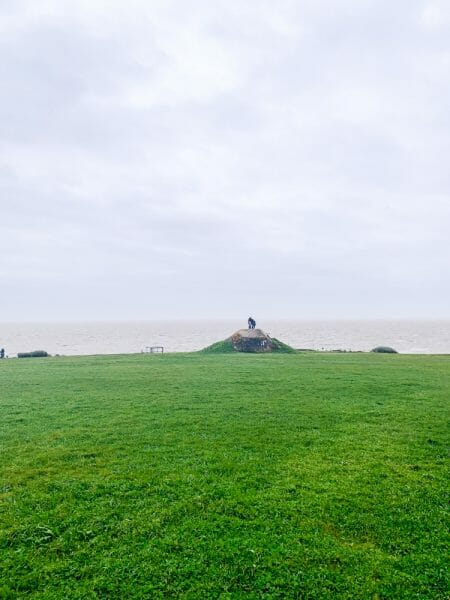 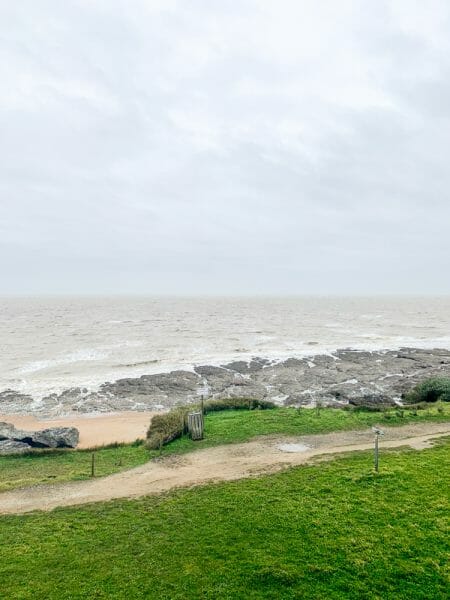 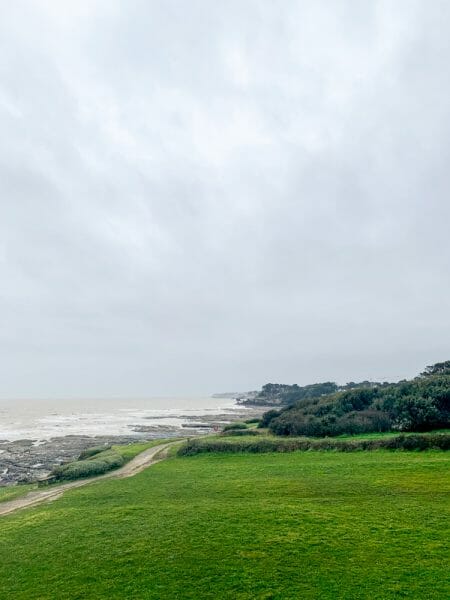 If you get the chance to visit Pornic, France, I recommend it! It’s a really cool coastal city with lots of history. And if you visit on a Sunday, make sure you don’t miss the train!

« One Week in France Exploring Amazing Sights from Paris to the Coast!

14 Comments on Pornic, France: A Beautiful Coastal City in France You Can’t Miss