9 Things to Know Before Traveling to Mexico

If you’re just tuning into my posts on my trip to Mexico (you can view all previous posts here), I recently took a trip to San Luis Potosí, Mexico for ten days with my parents and sister for her junior world racquetball tournament. I loved visiting there and wish I  could be back there right now, especially for the warm weather! It was my first time in Mexico and I was surprised by a few things while we were there, so I thought I would do a post on 9 things you need to know before traveling to Mexico for any other first timers visiting Mexico! 🙂 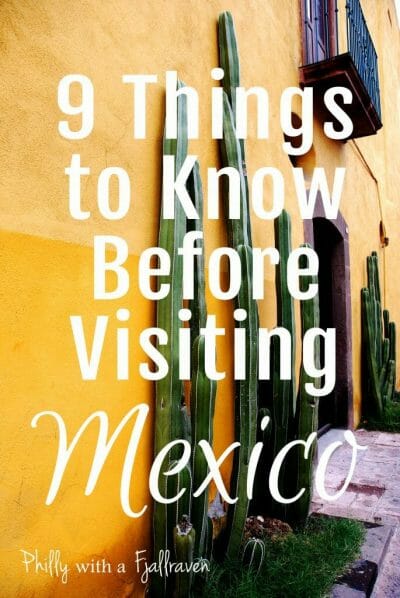 This may be different if you’re staying in a place like Cancun that’s used to tourists, but like I said in my previous posts, San Luis Potosí was not a touristy place at all. Very few people there spoke any English, and even the people working in the hotel didn’t speak English. It was great getting an authentic Mexican experience, but I should have learned some Spanish before going (in my defense, I thought my dad and sister spoke more Spanish than they did, so that’s my fault for not checking!). My mom speaks French and I speak French and Danish, and I kept defaulting to Danish for some reason so I was absolutely no help on our trip (I accidentally said “tak” instead of “gracias” a few times and got some confused looks).

Thankfully, the locals were very nice, and we got by with the combination of pointing to menus or maps and my dad’s attempts at speaking Spanish. So before you go, make sure you learn the basics for directions and also words you would use in a hotel like “towels” (the hotel staff never gave us enough towels for four people, but we couldn’t communicate that very well). 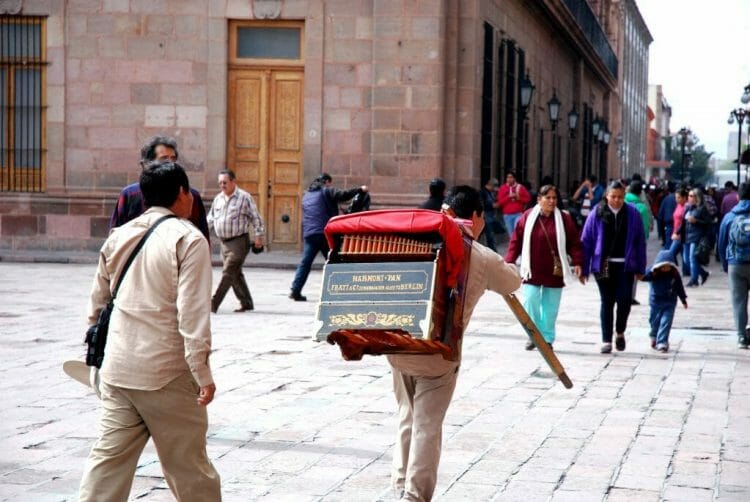 2. Parasites in food or water are very real

This isn’t a fun topic, but if you’re traveling to Mexico, I wanted to make sure you know that parasites there are real. And they’re terrible. I’m sure you’ve heard that you shouldn’t drink the water in Mexico, and it’s true (again, this may be different if you’re staying in a place like Cancun). My family didn’t drink any tap water on our trip, but my dad and I got parasites from a restaurant, and let me tell you, it’s an awful experience. I won’t go into any gross details, but my stomach was in excruciating pain and it took a few weeks before my stomach had fully recovered. It was not a fun experience. One of the kids on the racquetball team got so sick that he had to be hospitalized. You shouldn’t avoid going to Mexico because you’re scared of getting parasites (most of the people on the trip didn’t get sick from parasites, so it’s not like you’re guaranteed to get them), but just be wary of the food and water when you go. And there are ways to try to avoid getting them, and I found a helpful post for you on how you can avoid parasites while traveling.

3. Be prepared for small taxis and crazy rides

I’ve heard horror stories from friends about crazy car rides they took in Central and South America, but the drivers in Mexico weren’t quite as reckless as I was expecting. That being said, the drivers were still way more reckless than I’ve experienced anywhere else I’ve traveled, and we narrowly escaped accidents a few times (I’m pretty sure we came within a centimeter of hitting another car one time). Half of the taxis didn’t even have seatbelts, and they were all pretty tiny (VW Bugs were EVERYWHERE), which isn’t necessarily a problem unless you’re cramming four people into a taxi and you’re 5’10” and one of the shortest people in your family.

But on the plus side of taxis, they’re super cheap compared to the prices in the U.S.! 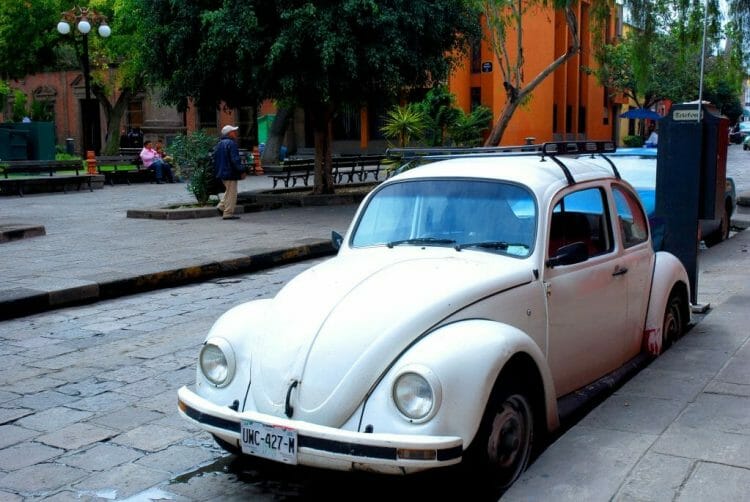 I wasn’t expecting to see tons of American stores like I did in San Luis Potosí. In just one spot, there was a Walmart, Sam’s Club, and Costco all next to each other. I even saw a Metlife at one point, complete with a Snoopy sign. There are lots of Mexican stores of course, but don’t be surprised if you see more Walmarts in Mexico than you’ve seen in the U.S.

5. You don’t need an adapter

This one surprised me, but you actually don’t need an adapter in Mexico because they use the same outlets as we do in the U.S. I guess I’m just more used to traveling around Europe and needing an adapter there (if you’re visiting Mexico from Europe, I do have an adapter suggestion on my previous post).

6. Meals are very cheap (and delicious!)

I had some amazing food in Mexico, and I was surprised how cheap everything was. Even a meal in our hotel was only a few dollars (and had the best tortilla soup out of all the restaurants we went to!). Like I said before, be wary of parasites, but don’t let it stop you from trying different foods. And if you go to San Luis Potosí, make sure you try the enchiladas potosinas!

If you’re in Philadelphia and want to have authentic Mexican food, Quetzally is the most authentic place I’ve been to so far and their tortilla soup tastes exactly like what I got in Mexico. 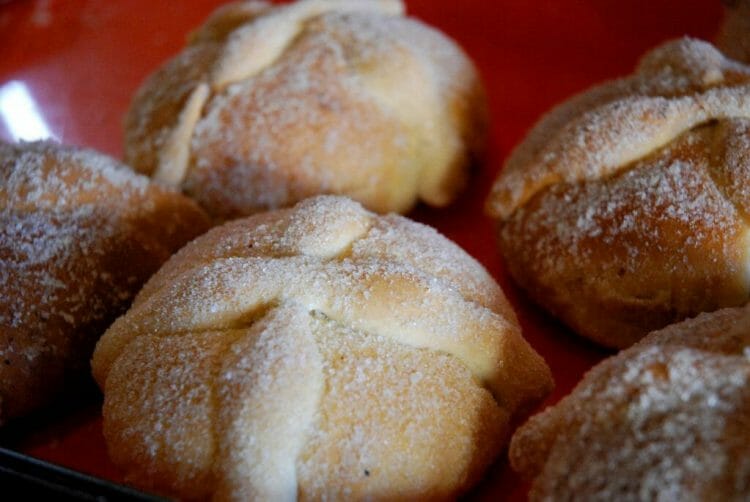 I’m 5’10”, blonde, and pretty pale with freckles, and my redhead mom and I stuck out in Mexico like a sore thumb. I try to blend in when I travel and not look super touristy, and I could do that easily in Denmark (I got mistaken for a Dane more times than I can count and it made me so happy) but I couldn’t blend in at all in Mexico. You might get strange looks like I did, but I got used to it after a couple of days.

This might be different if you’re on the coast, but I was surprised how much the weather would change. It would go from 50 degrees and raining one day to 75 degrees and sunny the next day and then back to 50 degrees and raining the day after. So make sure you pack clothes for all kinds of weather, and pack sunscreen because you might get sunburned, even in November (I told you I was pale…).

9. It’s a beautiful country that you should definitely visit

From the nature to the historic architecture, Mexico is so pretty! I especially loved all the bright colors everywhere. I didn’t make it to the coast, but from the pictures I’ve seen, it’s beautiful there, too. So if you get the chance to visit Mexico, you should definitely go, and you won’t regret it! 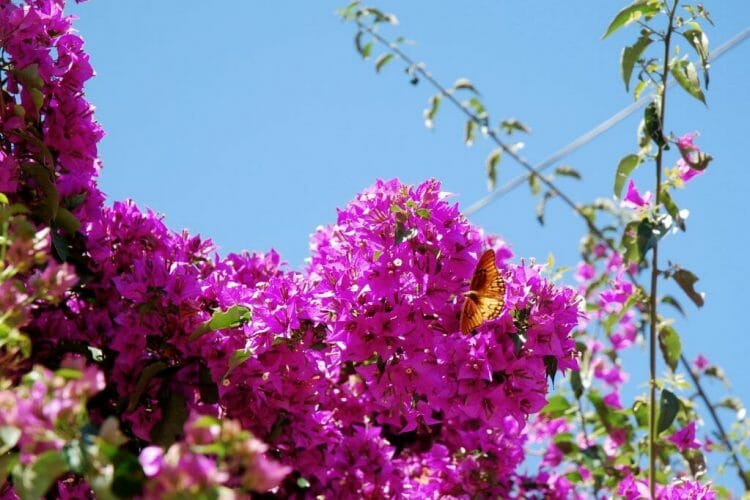 If you’ve been to Mexico before, what tips do you have? Comment below! 🙂 If you haven’t been yet, I hope my guide to Mexico helps!

« 10 Essential Travel Accessories on My Wishlist

58 Comments on 9 Things to Know Before Traveling to Mexico