When I visited London, I had to make a trip out to Hampton Court because I had heard so many great things about it. And it lived up to the hype! Doing a Hampton Court tour was one of my favorite things I did on my trip, and learning about its history was so interesting. 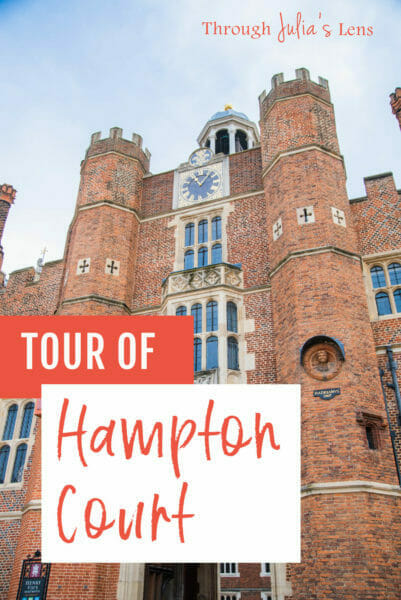 As I mentioned, I went to Hampton Court from London, and it’s a pretty straightforward trip. Depending on where you’re coming from in London, you’ll take the District Line to Wimbledon and then take the South Western Railway to Hampton Court and it’s a short walk to the palace from the station. It’s a little over an hour journey.

Hampton Court opens at 10 am and closes at 5:30 pm, and tickets are £25.30 for adults and £12.60 for children and you can get the most updated information for each season on their website.

If you’re able to join a tour, I recommend it! I joined a tour of some of the main rooms and then was able to explore the rest of the palace on my own. And there are people stationed around rooms in the palace who can give you more of each room’s history. 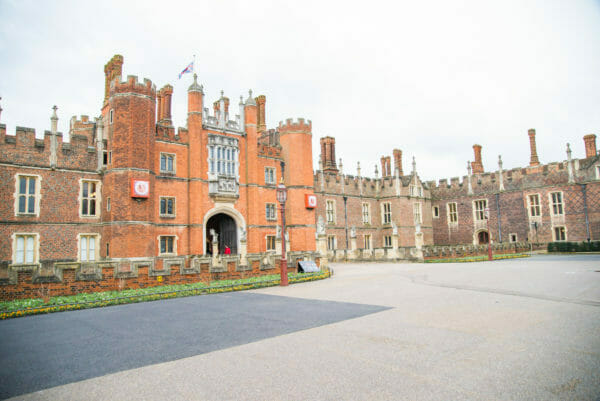 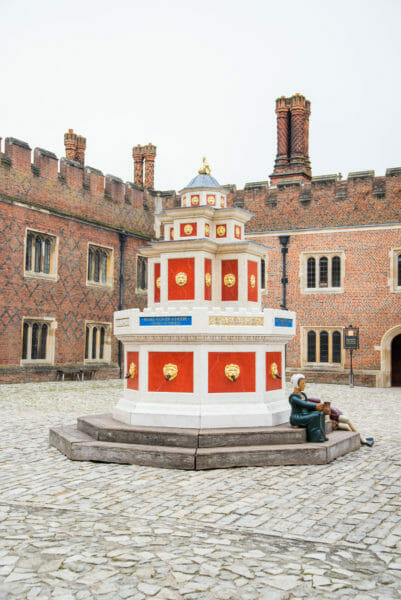 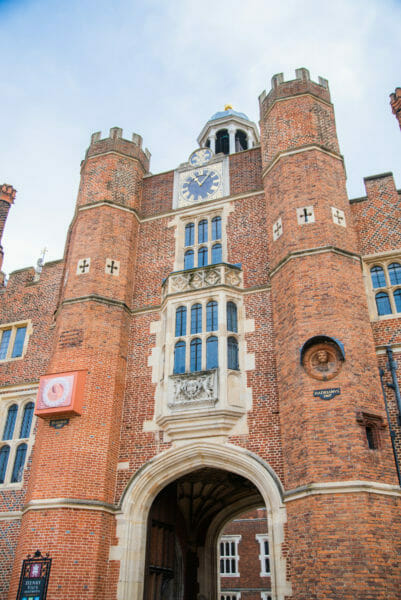 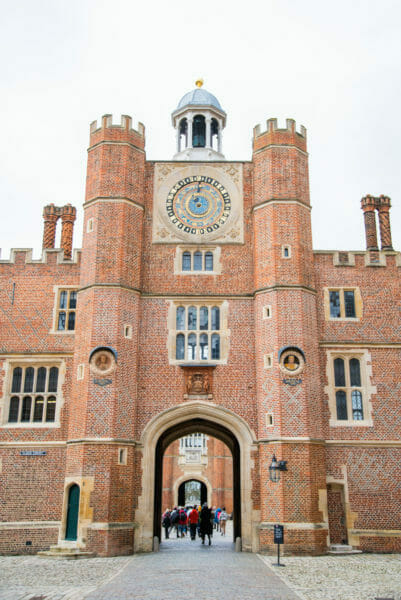 Hampton Court is known for being Henry VIII’s residence, but it actually didn’t start at his residence. It was built in 1514 for Cardinal Thomas Wolsey, the chief minister of King Henry VIII. But Wolsey fell out of the king’s favor (he certainly wasn’t alone!), so the palace was given back to the king. 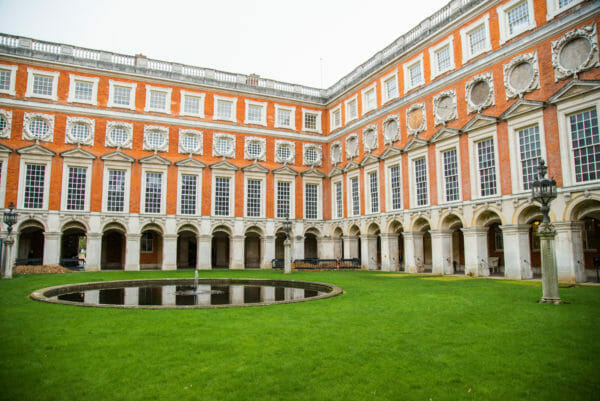 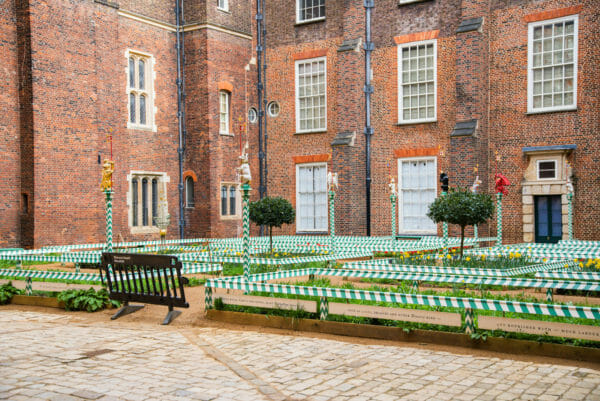 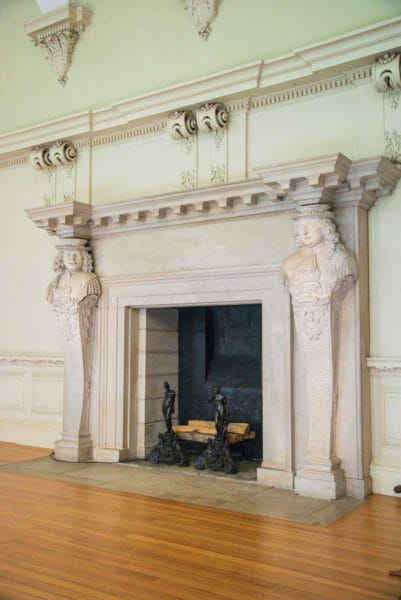 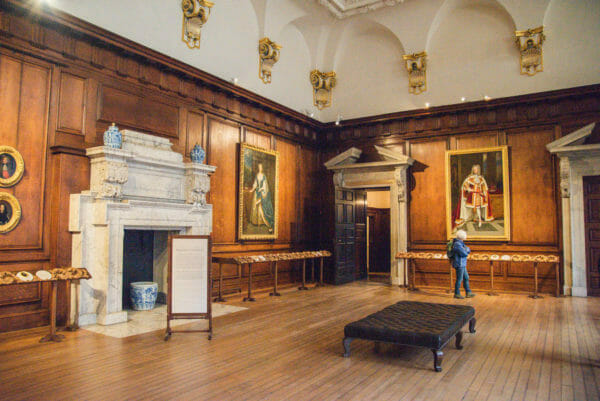 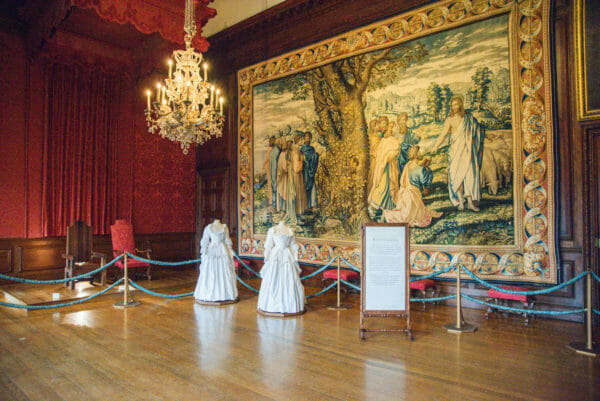 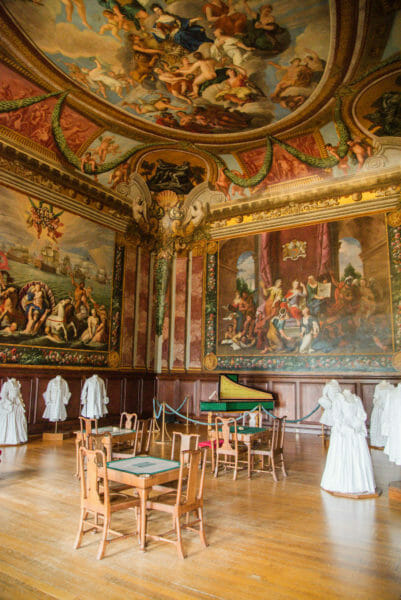 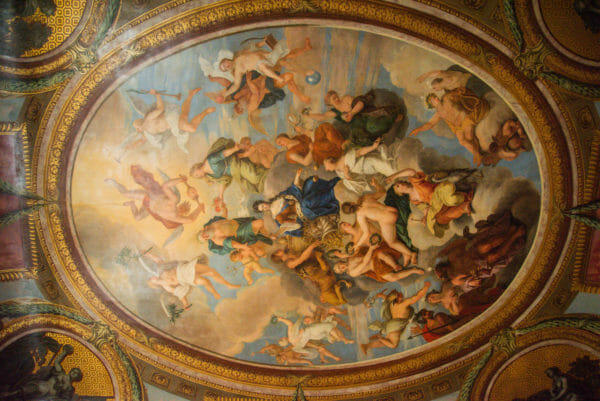 After Hampton Court was given to King Henry VIII, it became one of his favorite palaces and he did a lot of work to expand it. There were over one thousand people in his court and no place to fit them all, so with the expansion he quadrupled the size of the kitchens, added the Great Hall, and even added tennis courts. With all the expansions over the years, there are 1,390 rooms today! 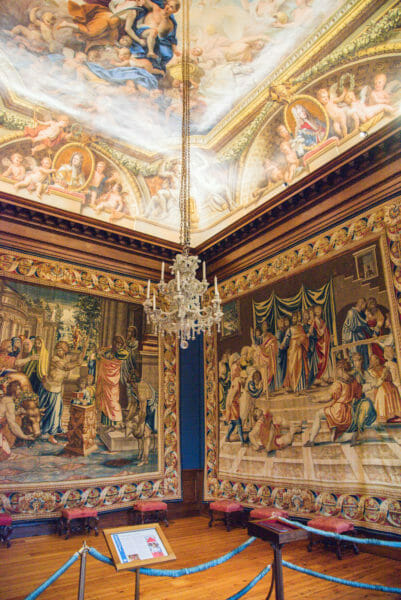 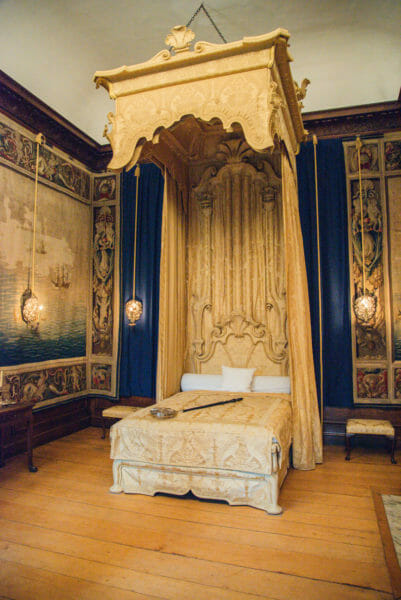 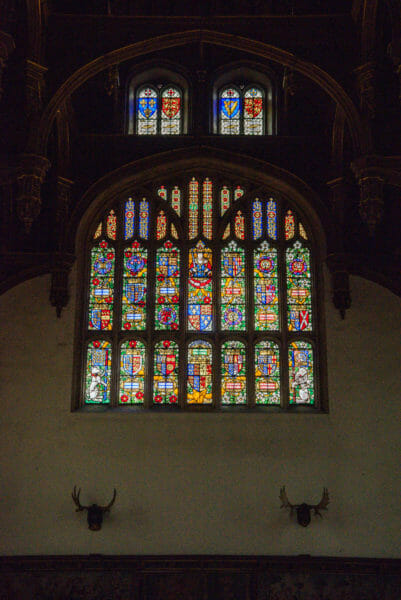 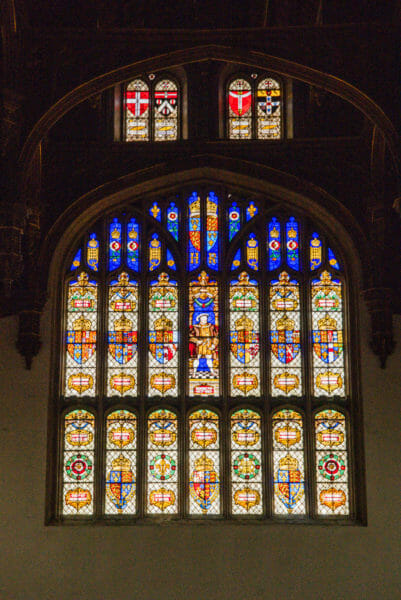 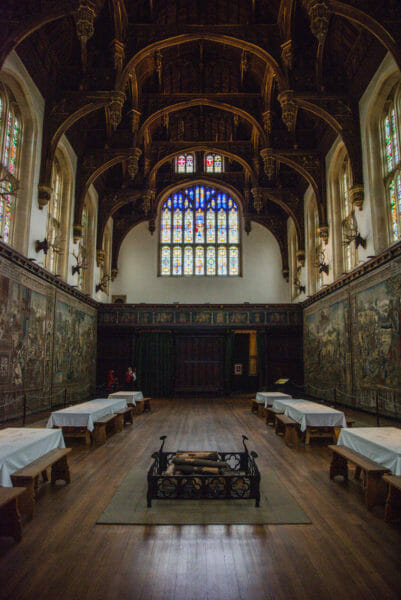 Since Henry VIII loved Hampton Court so much, a lot happened in the palace! Prince Edward was born and baptized in 1537, Henry VIII’s divorce from Anne of Cleves is signed in 1540, Catherine Howard was under house arrest in in 1543, and Henry VIII married his sixth wife Kateryn Parr in 1543, just to name a few events. After Henry VIII’s death, Shakespeare performed in the palace for James I, and the King James Bible was commissioned at Hampton Court. So it was a pretty prominent place over the past few centuries! 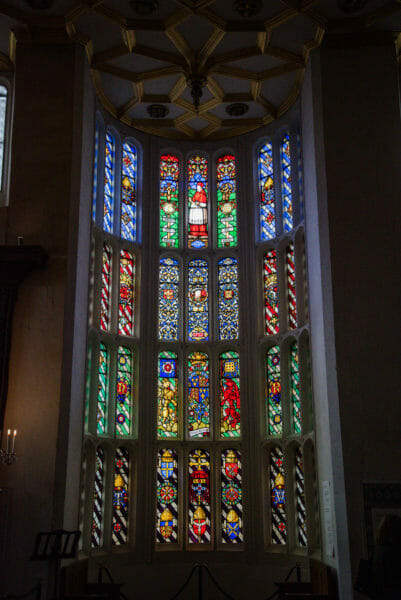 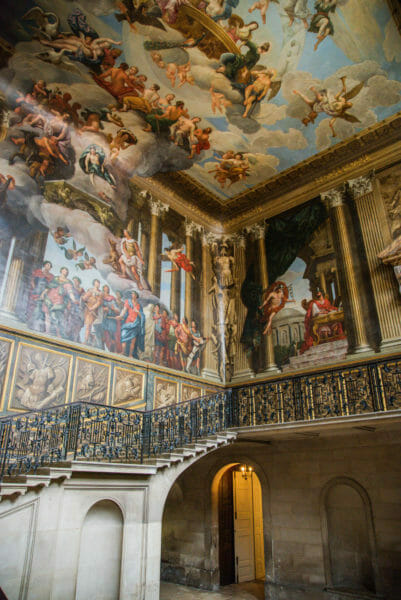 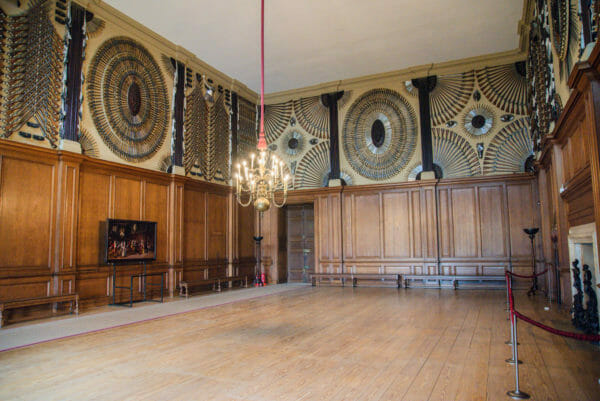 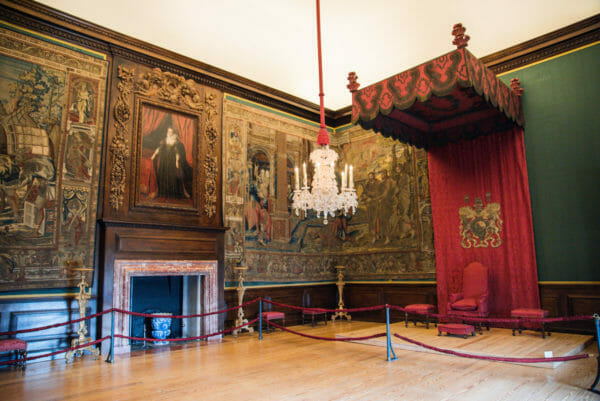 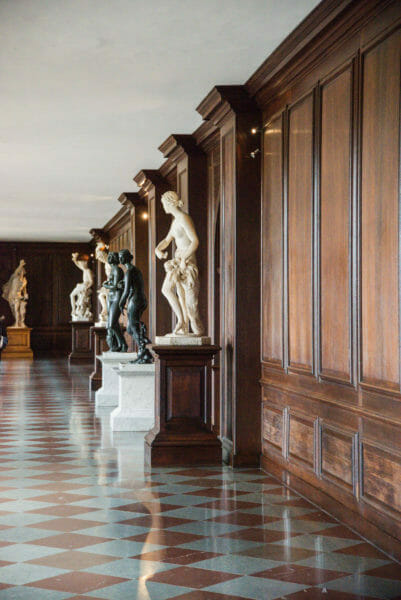 King William III and Queen Mary II took over the palace in the late 1600s and wanted to modernize it. Sir Christopher Wren tore apart a lot of the rooms built during the Tudor period and added a more baroque style palace. So you’ll see a mix of architecture styles over the centuries on your Hampton Court tour. 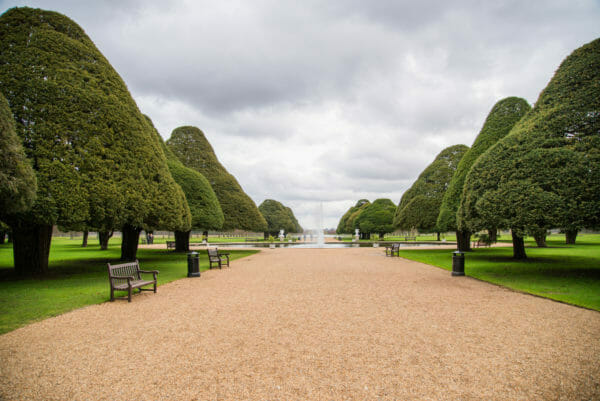 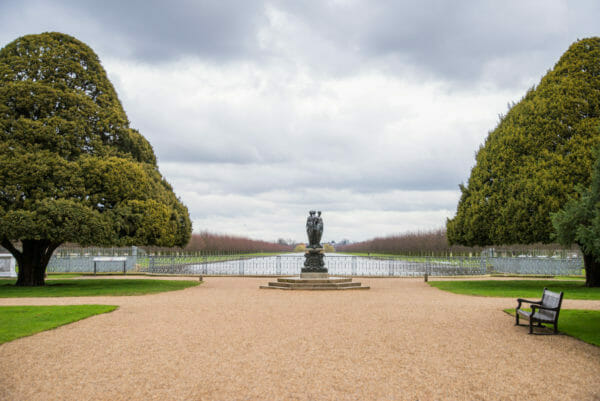 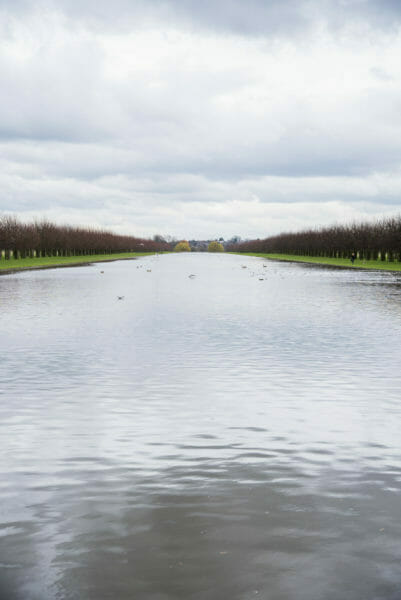 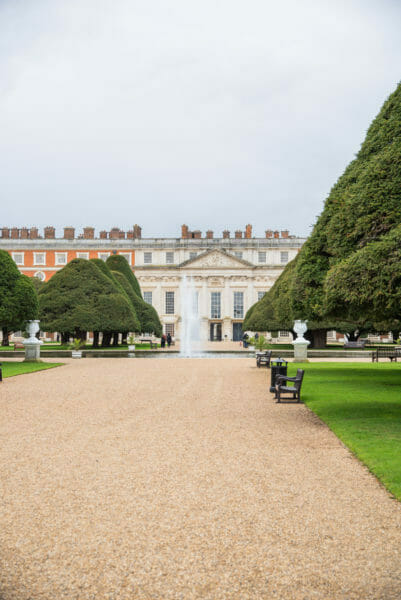 As you can see from my photos, it was pretty cloudy and rainy when I went. The gardens were still pretty, but I imagine they would be even prettier on a sunny spring day! So if you can plan your Hampton Court tour around the weather, I recommend going on a nice day 🙂

Beautiful Sights to See on a Notting Hill Walking Tour »

« Tour of the Tower of London and Its Fascinating History