Tour of the Tower of London and Its Fascinating History

When I visited London, one of my favorite things I did was take a tour of the Tower of London! It has so much history (plus the crown jewels), and it’s such a cool experience to see a Medieval fortress in the heart of London. If you’re interested in seeing the Tower of London for yourself, here are my tips for visiting and some of the fascinating history you’ll get to experience! 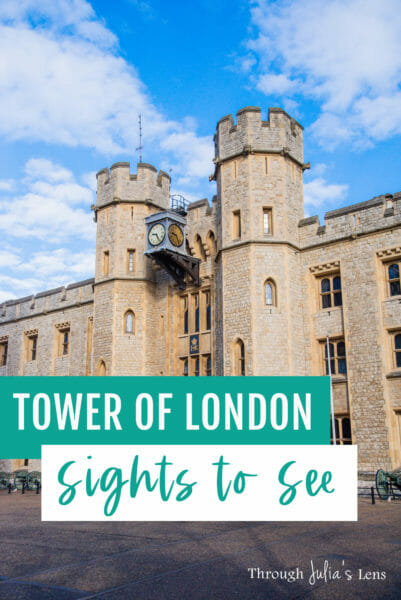 Tour of the Tower of London info

To plan your trip to the Tower of London, visit their website for the most up-to-date info. It’s open most days from 9 am-5 pm, but it may change slightly depending on the season. Tickets are £29.90 for adults and £14.90 for children. I recommend at least two hours to have enough time for the tour and to walk around the fortress yourself. 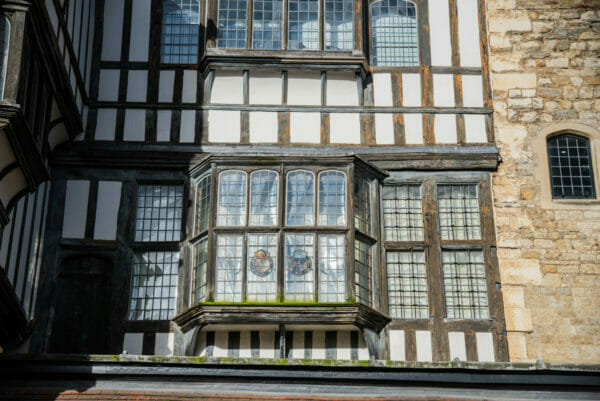 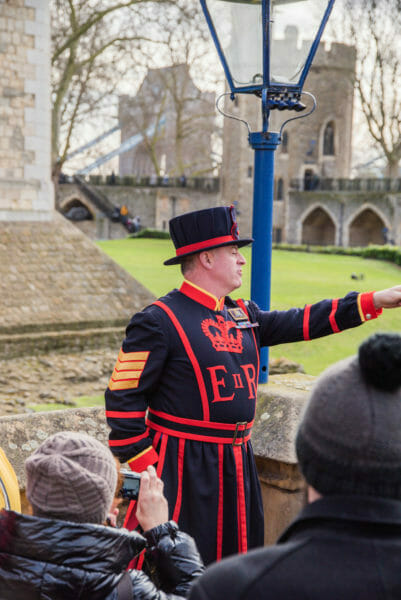 If you’re interested in a tour of the Tower of London to get all the insider info on the fortress (which I definitely recommend!), tours are included in your ticket price and are led by the Yeomen Warders. The Yeomen Warders (aka Beefeaters) have formed the royal bodyguard since the 1500s and now guard the tower and give tours. And they actually get to live in the houses on the grounds, which is pretty cool!

Since the Tower of London opens at 9 am but tours don’t start right away, I got there right when it opened and pretty much had the place to myself! I got to explore the fortress when it was quiet and empty (and took lots of photos, of course), and then I joined the first tour when it started.

If you like having tourist sites all to yourself, I definitely recommend getting there right when it opens to get photos without other people in them and then joining the tour to learn the history.

When I first heard about the Tower of London in school, I envisioned something like a tall, skinny tower like the one Rapunzel was held in so she couldn’t escape. But as you can see, that’s not what the towers look like at all! 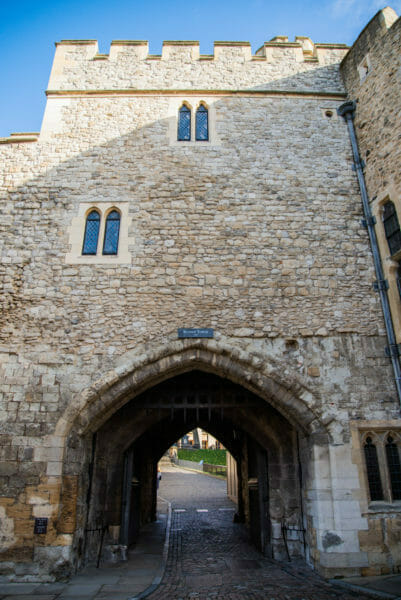 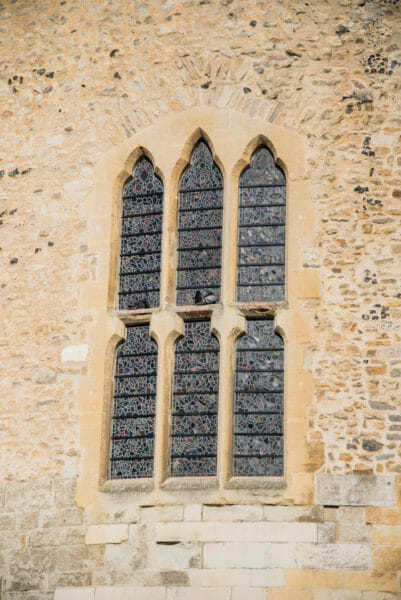 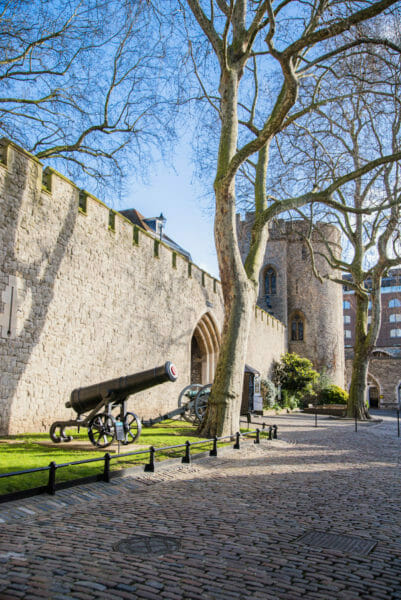 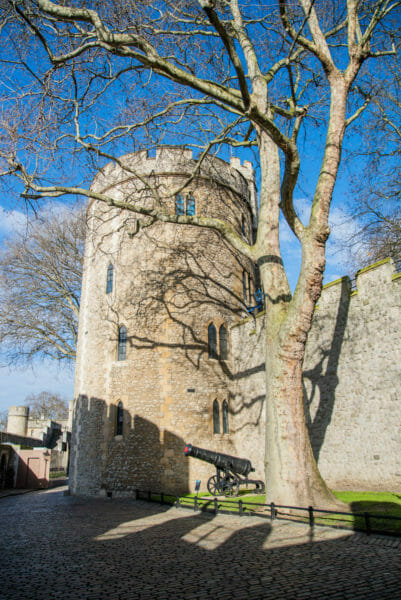 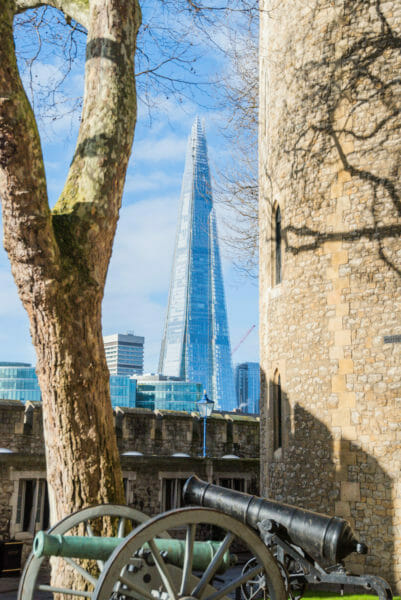 History of the Tower of London

The Tower of London was established during Norman Conquest in 1066. The White Tower (pictured below) was built in 1078 by William the Conqueror as a royal residence, but it started being used as a prison soon after in 1100. It’s also the site where the Queens of England had their coronations. More buildings around the White Tower were built over the years, and the complex is called the Tower of London in reference to the White Tower. 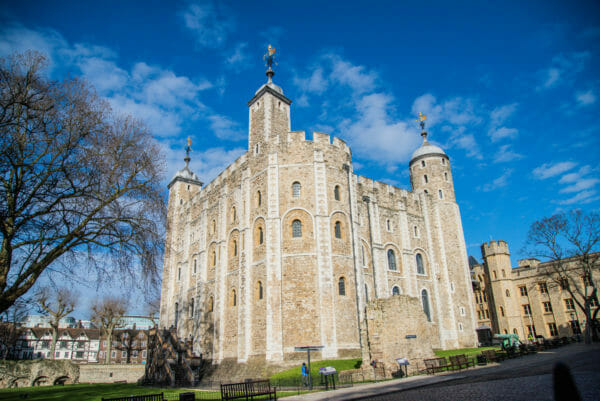 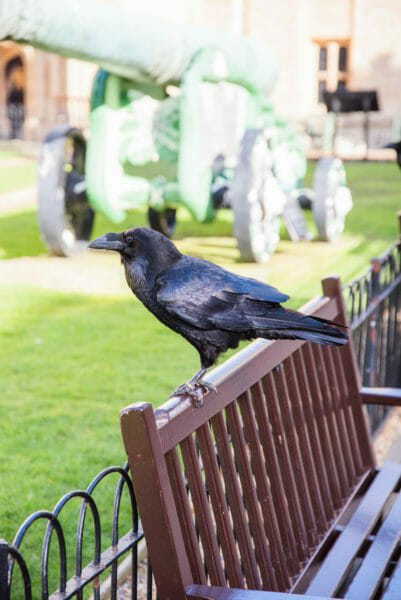 Legend says that if ravens ever leave the Tower of London, the kingdom will fall. Charles II was the first king to require ravens at the tower, and they’ve been there ever since! Today there are seven ravens, and their names are Jubilee, Harris, Gripp, Rocky, Erin, Poppy and Georgie. 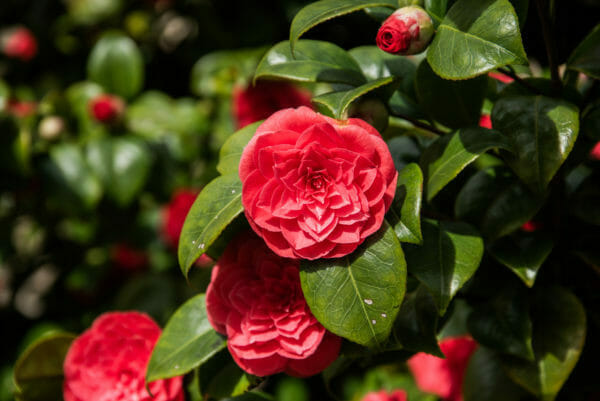 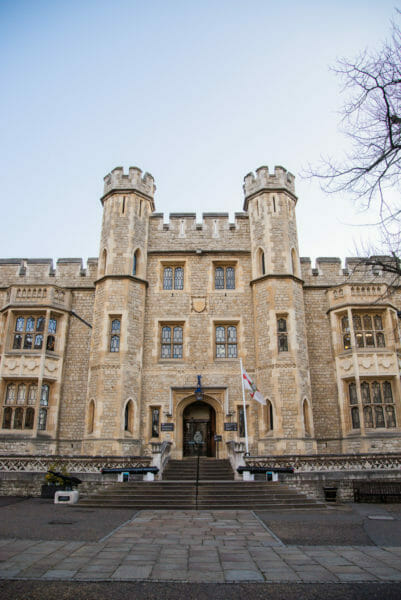 You can see the crown jewels in the tower pictured above, but no photos are allowed inside. But take it from me, they’re pretty incredible to see in person!

The first crown jewels were created over 800 years ago, and they were moved to the Tower of London from Westminster Abbey in the 14th century. Oliver Cromwell sold many of them off in the 17th century to raise funds for the new English Republic, and after the monarchy was restored, replicas of the original pieces that had been sold were created. Some pieces are still used occasionally by the monarchy today. 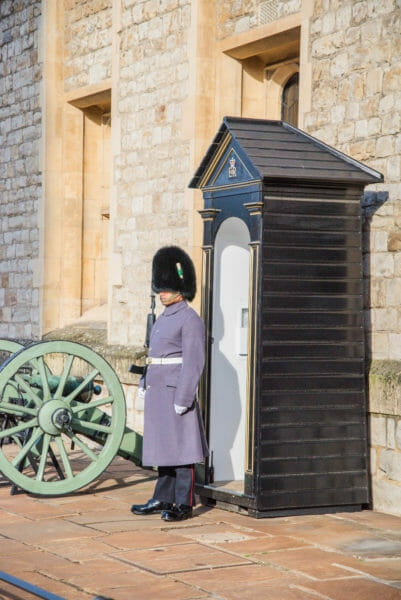 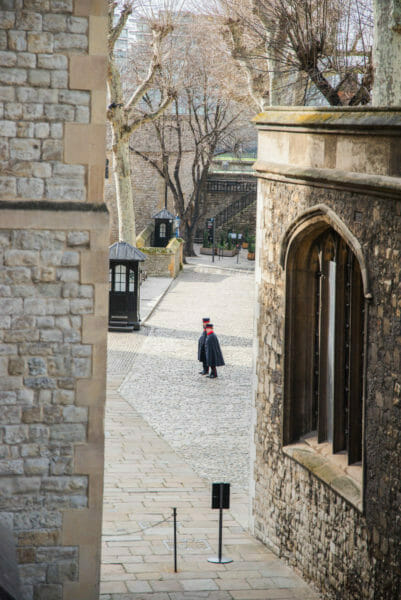 The Tower of London during the Tudor period

The Tower of London was a prison for many famous people throughout history (Guy Fawkes, Margaret of Anjou, Thomas Cromwell, Sir Walter Raleigh, just to name a few), and it saw a lot of activity during the Tudor period (especially thanks to Henry VIII).

A water gate entrance was built by Edward I to connect the Thames to the fortress, and it became the Traitors’ Gate (photo below) because so many prisoners who were called traitors were brought in that way. They were brought in by the water to see the heads of executed prisoners on spikes along the bridge. Sir Thomas More was brought through the Traitors’ Gate, and it’s said that Anne Boleyn was brought through there but it hasn’t been confirmed. 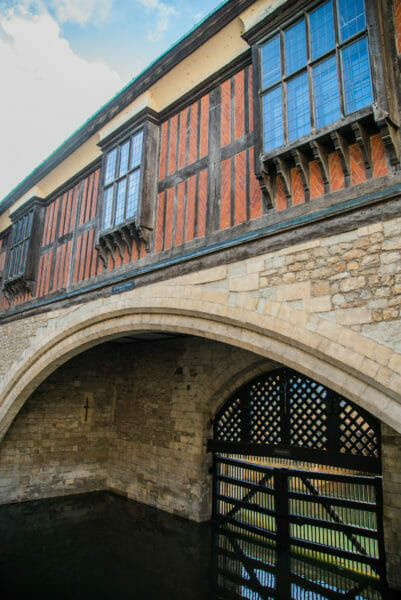 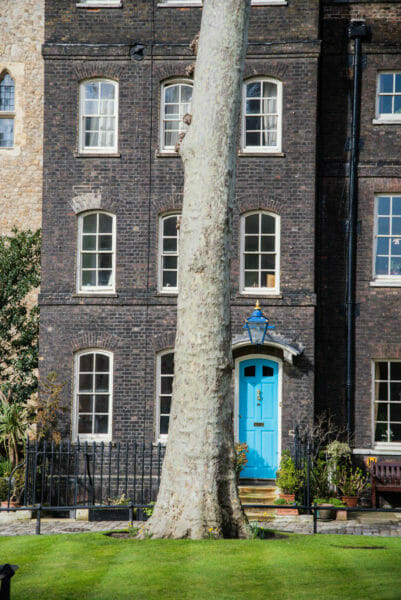 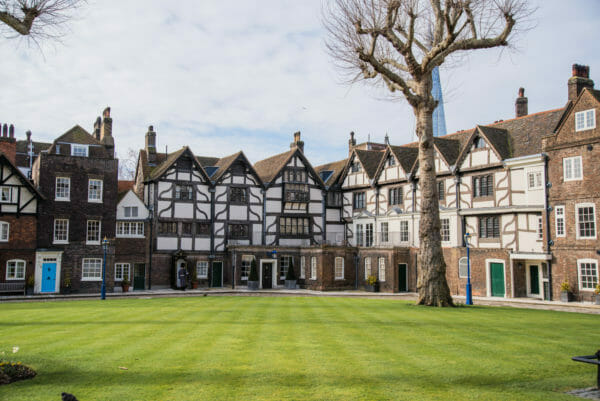 Some prisoners had the typical medieval prison experience you would expect, but some people like Sir Walter Raleigh had his whole family with him and had a garden growing tobacco.

Henry VIII’s wives Anne Boleyn and Catherine Howard were both imprisoned at the Tower of London before their executions, and Lady Jane Grey awaited her coronation at the tower before the council deposed her and imprisoned her there. Even Queen Elizabeth I was imprisoned there for two months, and once she became queen, she imprisoned people in the tower.

Executions did take place at the Tower of London, but they were private executions. Larger, public executions took place outside at Tower Hill so spectators could watch. German spy Josef Jakobs was the last person to be executed at the tower in 1941. 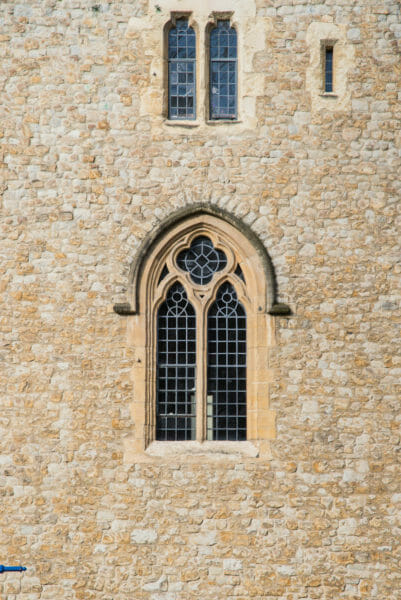 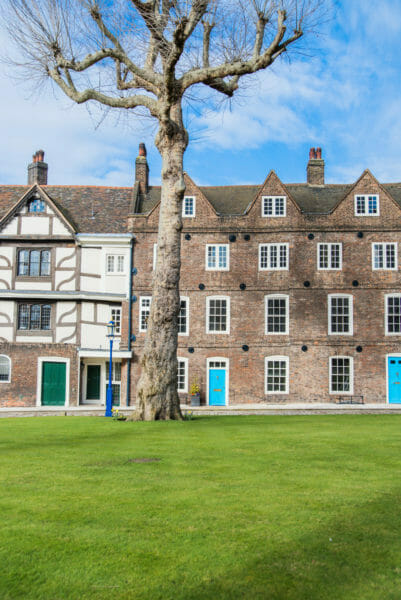 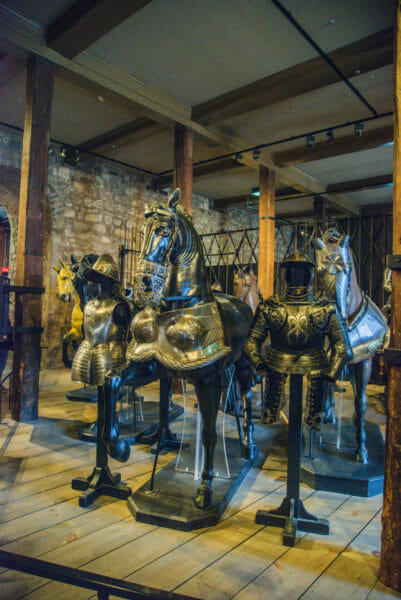 You can tour inside the White Tower! There’s the 11th century Chapel of St John the Evangelist and lots of Medieval armor and weaponry that you can learn about. 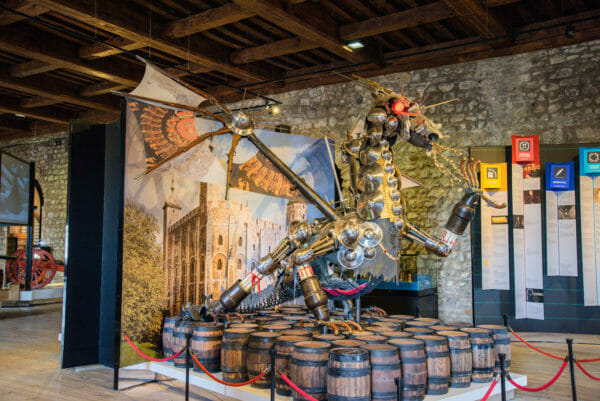 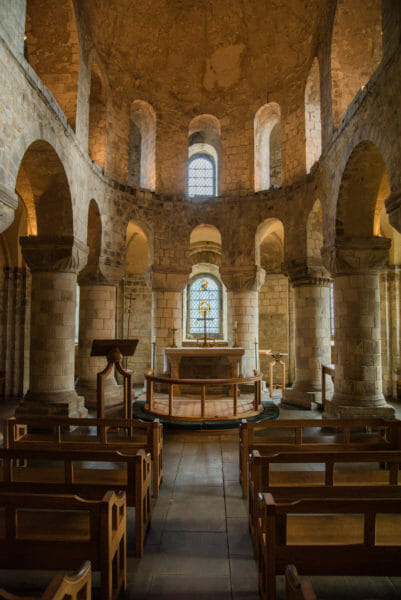 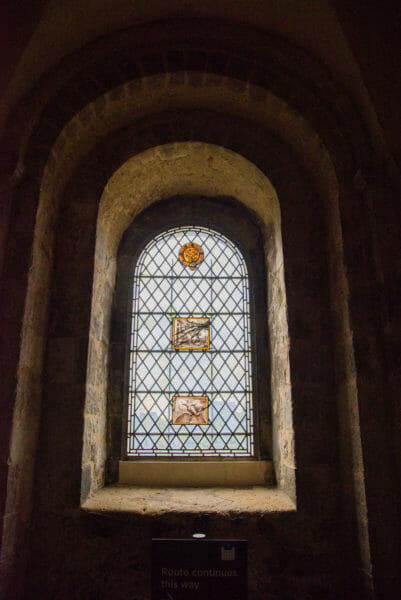 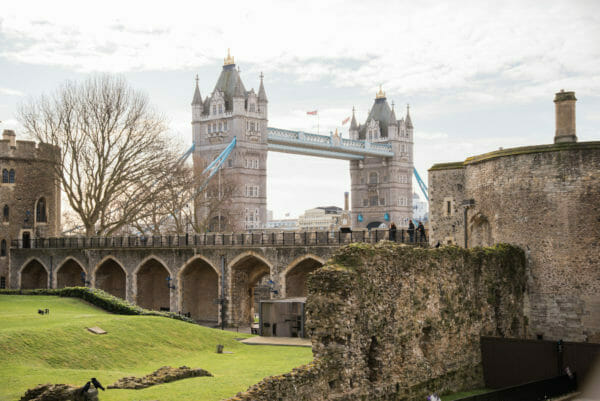 The Tower Bridge right outside the Tower of London 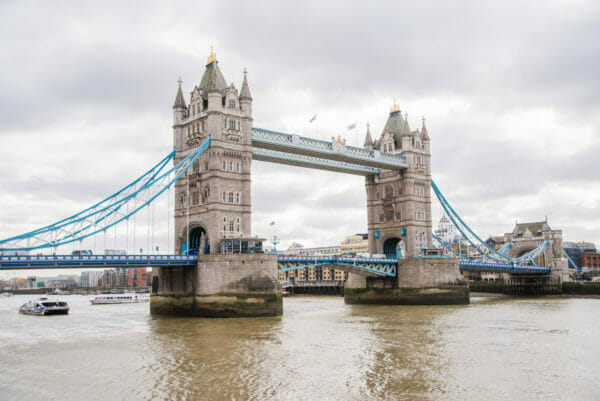 That is just some of the history you can learn on a tour of the Tower of London! It’s a fascinating place to learn about the history of England (most of it pretty brutal) right in the middle of London 🙂

« 8 Things to Do in Lake Champlain in the Summer