As I’ve warned you, I’m a little, teensy bit obsessed with Vikings. I kinda even wrote a 45 page thesis on them in college (the pdf is here, and I promise it’s actually interesting for any brave souls who want to read it!). Since I’m a huge history nerd and I love reading interesting articles on history and archaeological finds, I decided to create some Nerd Corner posts to share them with you! (I promise to add in some pictures, too!) And since it’s basically my life’s calling to educate people on the real Vikings and not the stereotypical ones you see everywhere with horned helmets (fun fact: Vikings did NOT wear horned helmets), this first one is about interesting articles on Vikings that I’ve recently read! 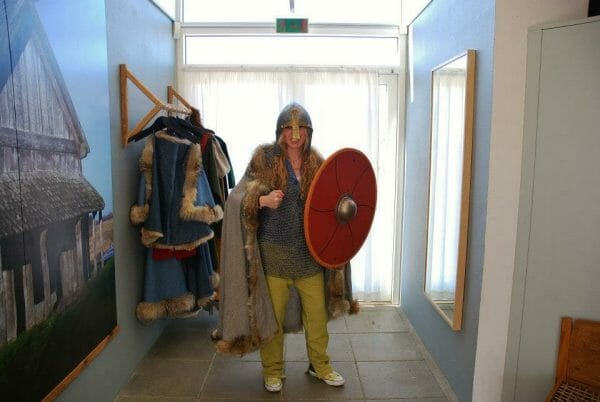 This is me dressed as a Viking in Denmark!

So for a little background, I first learned about Vikings when I decided to do a presentation on Erik the Red in the third grade. I was actually never taught anything about Vikings throughout school and I found them fascinating, so during college I did a semester abroad in Denmark to study them. I even got to sail a Viking ship! (I have a fun story about that and being rescued by a cute little tugboat here!). So then I came back from my semester abroad and had some professors who were nice enough to help me with my thesis. And now I’m reading all the articles on Vikings that I can until I can study them again! 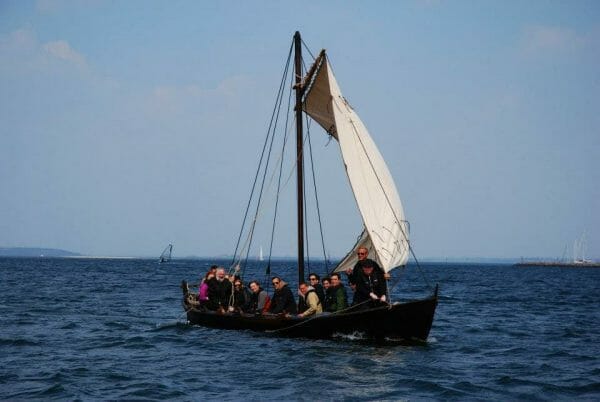 So the first Viking article I’ll share with you, History Channel’s “Vikings” Subverts and Supports the Violent Heathen Trope, is written by a Philadelphia local named David Krueger who recently wrote a book on a rune stone found in Minnesota (even if the rune stone isn’t real, the Vikings did definitely reach North America centuries before Christopher Columbus), and he is hosting talks every few months on myths in America! I went to his most recent one, and it was very interesting and thought-provoking. So in his article, he talks about History Channel’s popular show “Vikings,” and while Vikings were violent, they definitely weren’t the only ones, and many myths about their violence aren’t accurate. There are more to Vikings than what you see on the show, and I actually discuss this in my thesis a lot because many Vikings were actually just farmers, traders, and even inventors. 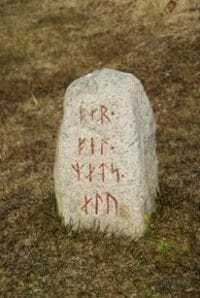 I haven’t been to the rune stone in Minnesota yet, but this is one from Denmark!

Another topic I wrote about in my thesis was Christianity and religion (I’m still trying to convince you that it was actually interesting!). One of the very nice professors I mentioned before sent me the article Amateur Metal Detector Finds Crucifix that May Change the Historical Record of Christianity. Bet you didn’t know that many Vikings were Christians! So in the article, it talks about how an amateur metal detector was just casually doing his business when he came across a pretty significant historical find in Denmark that could change our records of history! Basically, historians didn’t think that Danes converted to Christianity until Harald Bluetooth converted and had the famous Jelling Stones erected to commemorate it in 965, but the crucifix is dated years earlier. They also believed it to be worn by a woman, and although you don’t really think of women as Vikings, they played many significant roles. And they actually had many rights and freedoms, way more than other women at the time! (Which I also talk about in my thesis!). 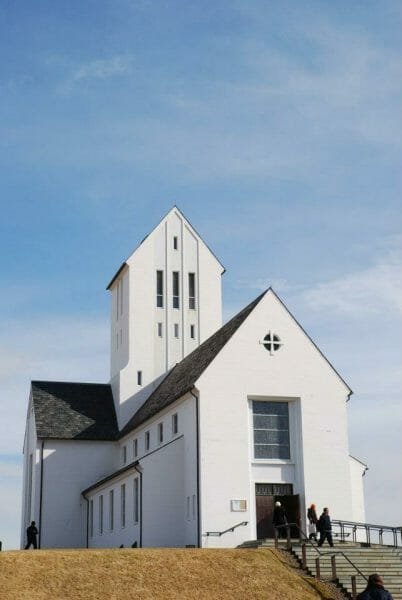 One of the many old, historic churches in Iceland

>So there is your history lesson for the day! So I hoped you learned something! If you have an idea for my next Nerd Corner, have questions or comments about Vikings, or want to talk obsessively about Vikings and be my best friend for life, comment below! 🙂

A Tour of Georgetown »