Visiting Nyhavn Like a Local: The Best Way to Experience the Colorful Canal of Copenhagen

If you’ve seen pictures of Copenhagen, you’ve probably seen Nyhavn! Nyhavn is the quintessential Copenhagen photo with its colorful houses lined up on the harbor. Since it’s so famous, it can get pretty crowded with tourists, so is it actually worth the visit? 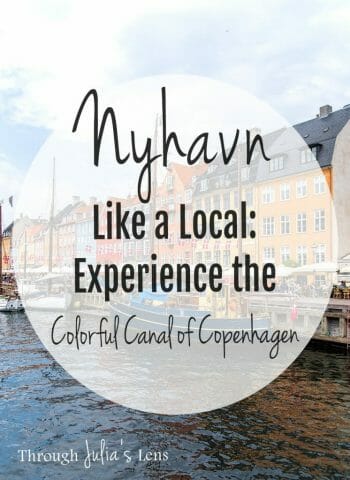 I’ll just cut to the chase and answer the question- Nyhavn is definitely one of the most beautiful places in Copenhagen and you NEED to visit! 🙂 This famous colorful canal of Copenhagen has bright and quaint buildings and fishing boats, and I could spend hours here.

It does get crowded, but it actually gets crowded with locals so it isn’t as touristy as you may think (I think the Little Mermaid is the most touristy spot in Copenhagen). People do still live in the homes (so be respectful when taking photos), and if you’re curious to see the inside of one, My Scandinavian Home recently published a post with photos inside a Nyhavn home! And yes, the restaurants and shops are expensive, but you don’t have to spend money if you don’t want to- Nyhavn is free to look at and walk around. If you want to avoid the crowds, walk along the side opposite the restaurants since it’s much emptier.

If you want to do Nyhavn like a local (and on a budget), grab a hotdog from a hotdog cart and a Carlsberg beer from 7-11 and sit along the canal and hang out. It’s one of my favorite things to do in Copenhagen 🙂 And if you really want to feel like a local, Nyhavn is pronounced like new-hown, not nee-haven. 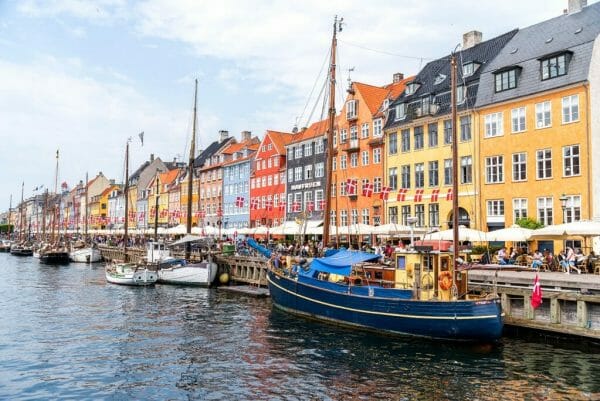 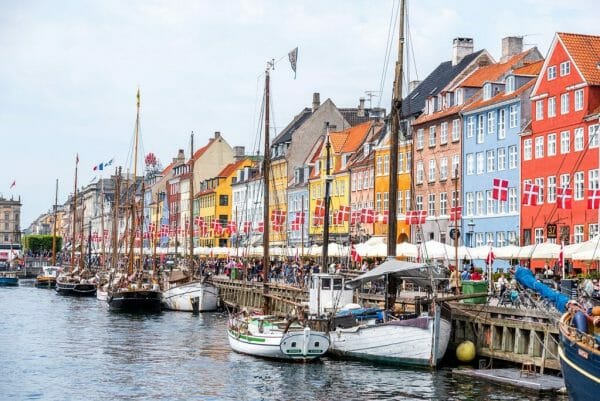 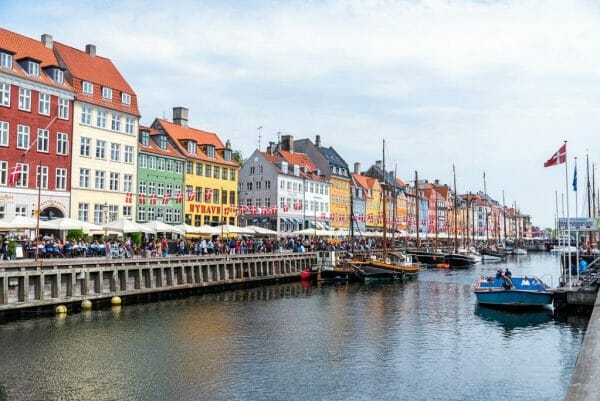 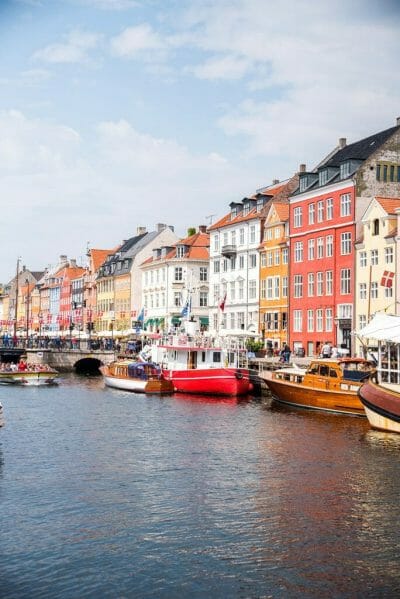 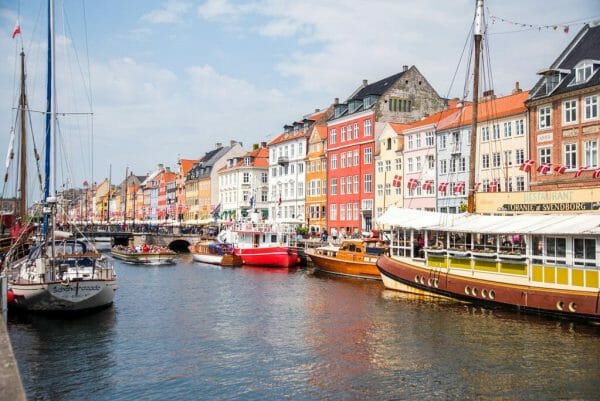 Nyhavn was built in the 1600s as a gateway to the sea from the city. For a while, it was known for alcohol and prostitution for the sailors using the harbor, but it has been transformed since (thank goodness!). The most famous resident of Nyhavn was Hans Christian Andersen, and he lived in a few different homes but he lived in No. 67 the longest. There’s a plaque on his home today, and there are some Hans Christian Andersen impersonators who walk around Nyhavn.

There are a few museums along the canal, and I recommend the Copenhagen Amber Museum if you have the time. It’s a really small museum, but it’s cool to see all the different jewelry and decor made with the local amber! 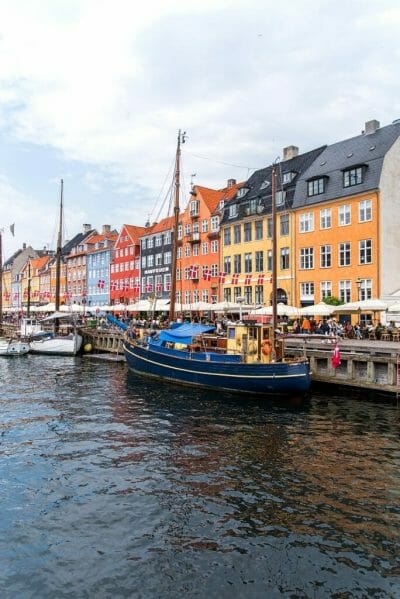 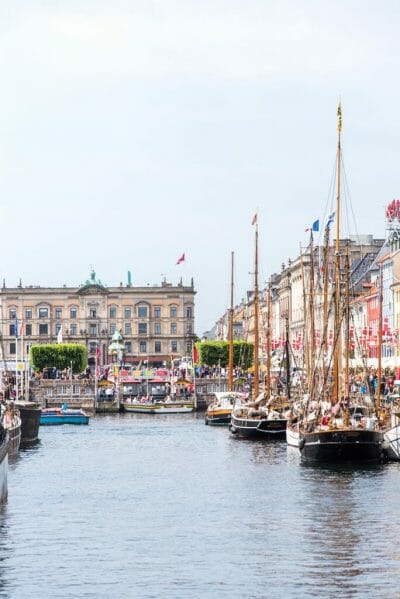 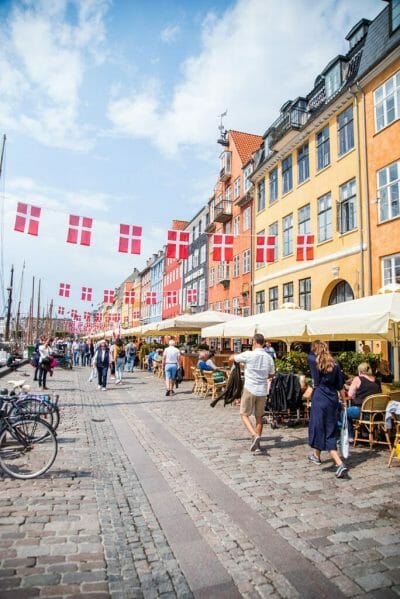 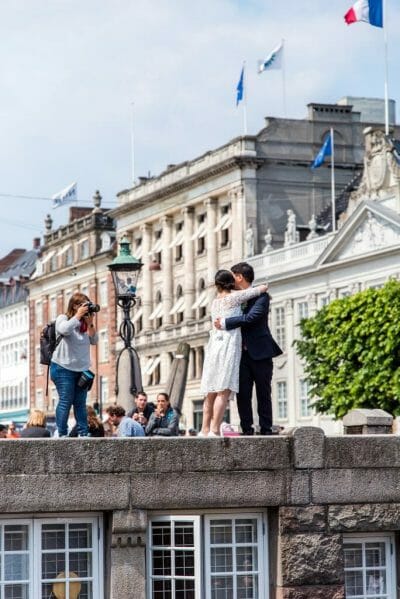 Nyhavn is a beautiful spot for wedding photos!

So if you’re worried that Nyhavn is a tourist trap, it isn’t! It’s one of the most beautiful and colorful places in Copenhagen, and visiting Nyhavn is a must if you’re in Copenhagen 🙂 Grab a Carlsberg, sit on the side of the canal, and drink in the beautiful sights to see Nyhavn like a local!

« The Round Tower: The Most Unique Place to Get Amazing Views of Copenhagen

20 Comments on Visiting Nyhavn Like a Local: The Best Way to Experience the Colorful Canal of Copenhagen