I just got back from a long weekend at Chincoteague Island in Virginia with my college roommate, Stephanie! It was a much needed short vacation, and I wish I could be back right now. If you don’t have time to visit Daufuskie Island, I definitely recommend Chincoteague Island since it’s only three hours from Philadelphia, and there are a lot of fun activities and not as many tourists there as many beaches get (and you can get tons of awesome pictures).

For a little history, Chincoteague Island was settled in the 17th century and used for farming. There are a couple different theories on how the wild horses got there. One theory is that farmers weren’t allowed to have their livestock on Assateague Island when it was turned into a state park, so the farmers just left the horses there since it would be too expensive to ship them to the mainland.

Another theory is that a Spanish galleon shipwrecked and the sailors had to leave it behind, so the horses from the ship escaped and started living on the land. According to a local, they tested the DNA of some horses recently and found evidence that they descended from a Peruvian breed that was used by the Spaniards, so there may be some truth to that legend!

There are about 150 horses roaming wild on Assateague Island, and they’re now separated from where humans camp but you can see them during tours or during the yearly pony swim (stay tuned for an upcoming post on my Chincoteague boat tour!). Since we were only there for a few days (and it was super hot and humid), we didn’t venture over to Assateague, but I would definitely suggesting visiting if you have the time!

You can camp on Assateague Island (Amanda from Chasing My Sunshine has a great post on camping at Assateague!) or stay in a hotel or one of the many cute bed-and-breakfasts on Chincoteague if you’re like me and need the A/C blasting when you sleep in the summer. Stephanie and I stayed in a little cottage at Snug Harbor Marina since it’s one of the few places that allows dogs and it had an AMAZING view of the Assateague Lighthouse and water! (If you bring your dog, it has to be in a crate if you ever leave it alone) It also had a little private beach, which was perfect because dogs aren’t allowed on the Chincoteague beach, so Annika was allowed on the private one. She even got to go swimming for the first time! (You can see her swimming on my Instagram account here!)

So before we get onto the pictures (you know I took a lot!), here are some tips for anyone interested in visiting Chincoteague:

1. Talk to the locals. I got to Chincoteague before Stephanie and was walking Annika around downtown when some locals stopped to greet her and give her water. We started chatting and it turns out they had lived in Philadelphia, small world! I asked them for recommendations on where to eat and what we should see, and they gave me some great tips. They also told me about a monthly art crawl that was happening that night, so Stephanie and I got to talk to some local artists later and see some amazing art. We wouldn’t have known about the art crawl without asking the locals!

I also stopped by a farmer’s market and talked to a photographer who went to Temple (there were so many Philly people!), and she gave me some tips on places to photograph around Chincoteague.

2. There aren’t many dog friendly places. It was a good thing that Stephanie and I looked into where dogs are allowed on Chincoteague because there are a lot of restrictions. They aren’t allowed on Assateague at all, not even in your car. They’re not allowed on the beach or on certain parts around the waterfront. Thankfully, there are a lot of restaurants with outdoor seating, a nature trail where they’re allowed, they’re obviously allowed to walk around downtown (there’s a cute pet store called Howl Naturale!), and there are some hotels that allow them. Like I said before, I definitely recommend Snug Harbor Marina for dogs so you can take them swimming!

3. Bring bug spray (and sunscreen). Thankfully, I only came back with a few bug bites, but I heard that Assateague has way more mosquitoes. And since I’m so pale, I got sunburned that first day, even though I was in the shade most of the day. So come prepared with bug spray and sunscreen!

4. Take a boat tour. One of my coworkers recommended Captain Dan, and it was an awesome tour! We got to see all kinds of birds, plus dolphins and two herds of horses!! (All those pictures are going to be in a second blog post, so stay tuned!) We also learned a ton of the history of the island and horses, and he was very knowledgeable with any questions we had. His family has been there since the 1700s, so he’s a true local!

5. Do research before you go. I wish I had done a little more research because I had absolutely no idea there was a NASA base right across the bridge! You can take tours, but we weren’t there long enough to do it. Stephanie was on top of things with researching restaurants, and we had some great meals. If you’re curious, we went to Don’s Seafood Restaurant, Right Up Your Alley, Sea Star Cafe, Main Street Shop & Coffeehouse, Island Creamery, and The Jackspot (which is where I got all the sunset pictures near the bottom). 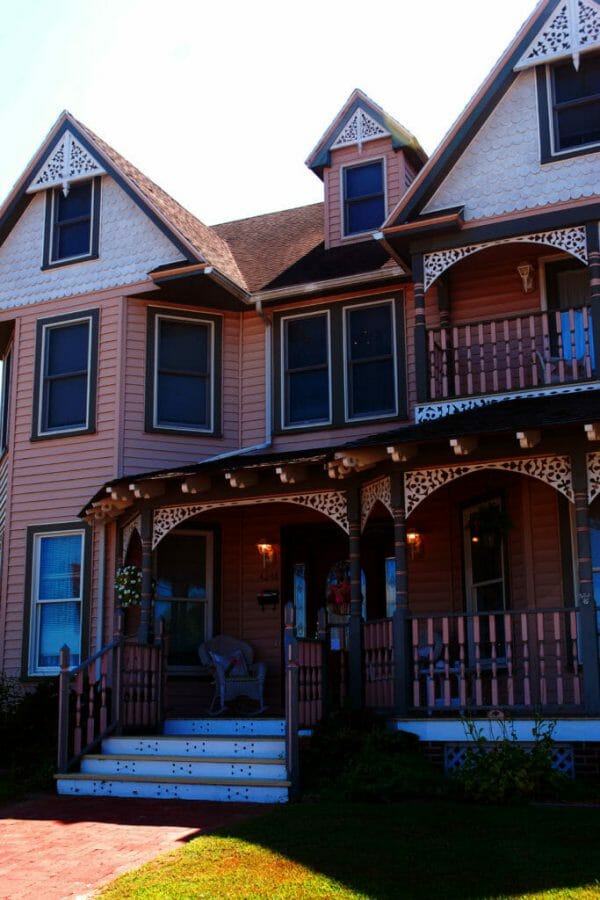 There were so many beautiful Victorian houses and bed-and-breakfasts! (If you’ve read my posts on Georgetown, you know how much I love old houses, especially Victorian ones) 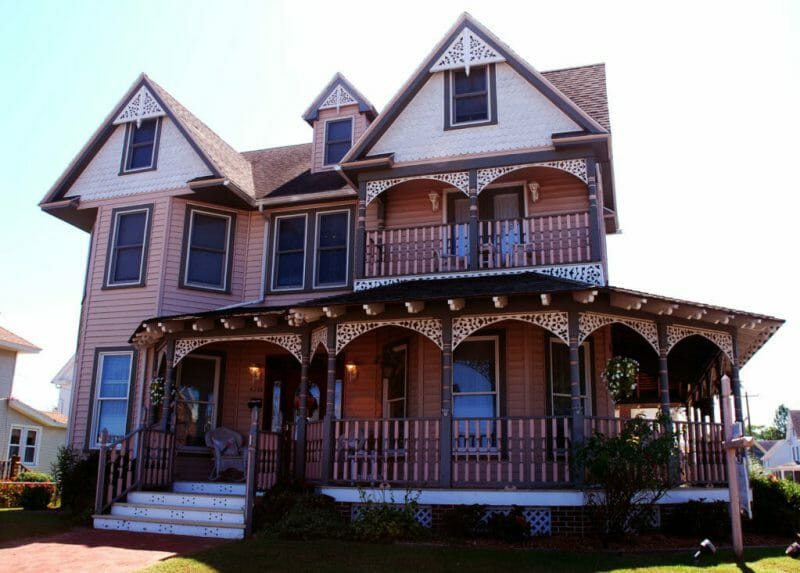 I’m in love with that porch! 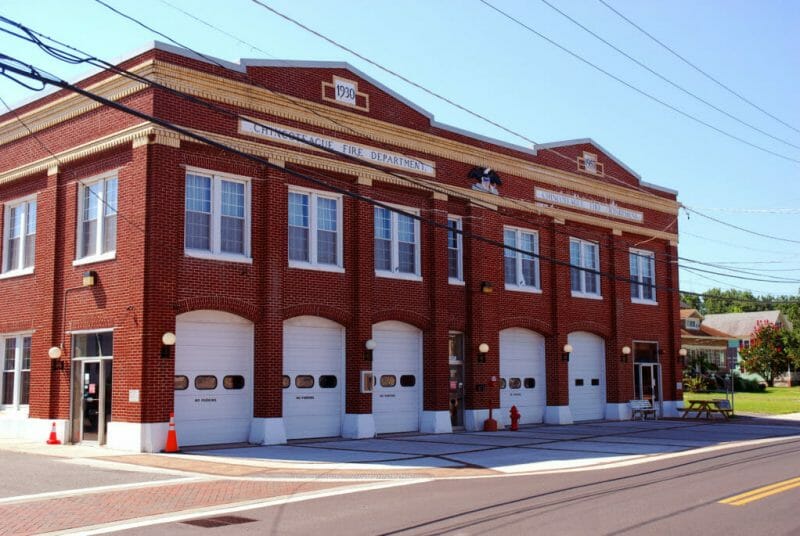 I didn’t know this before I went, but it’s the volunteer fire department that manages the horses on Assateague 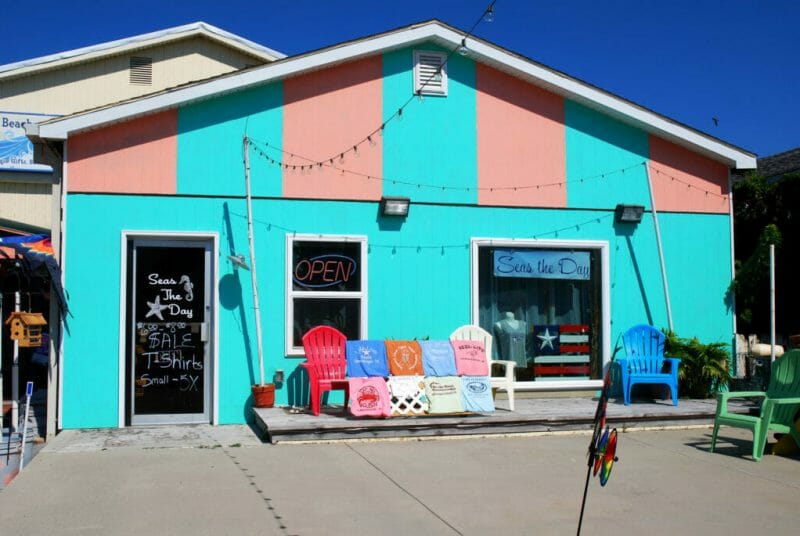 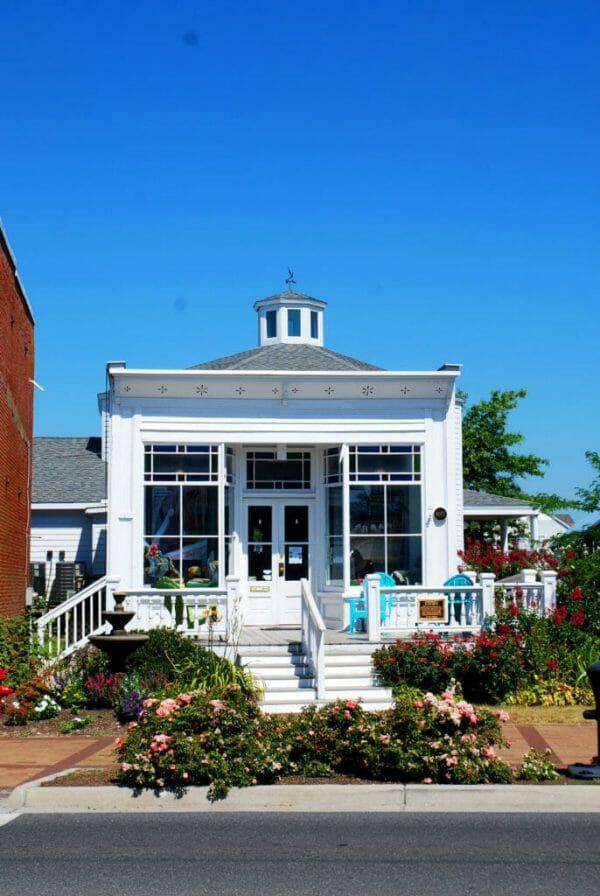 The library was closed when we went by, but I definitely want to go inside the next time I visit 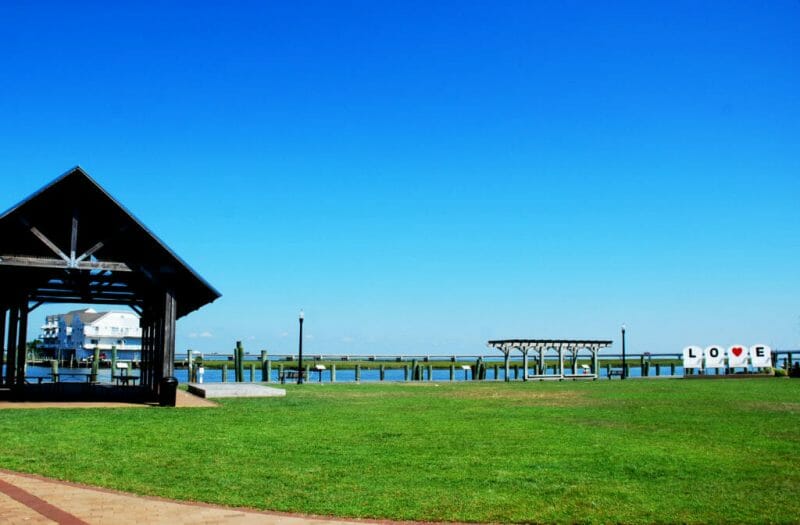 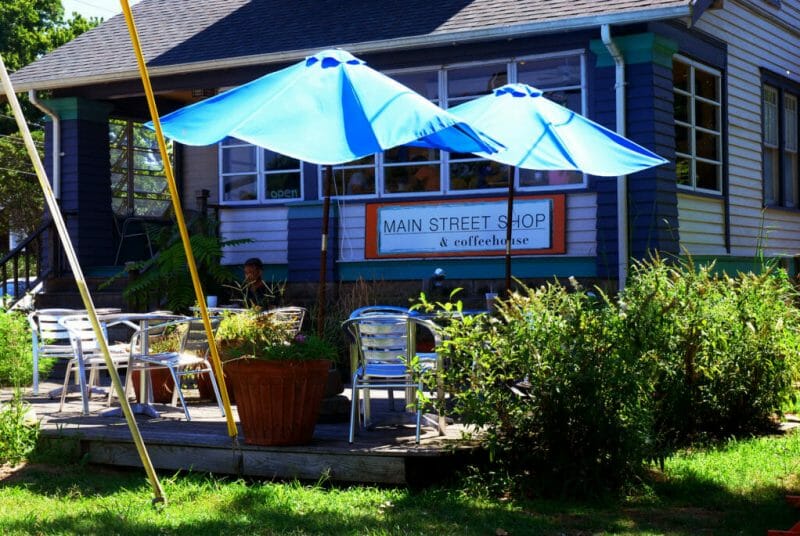 This is the coffeeshop we went to, and it also has a cute store 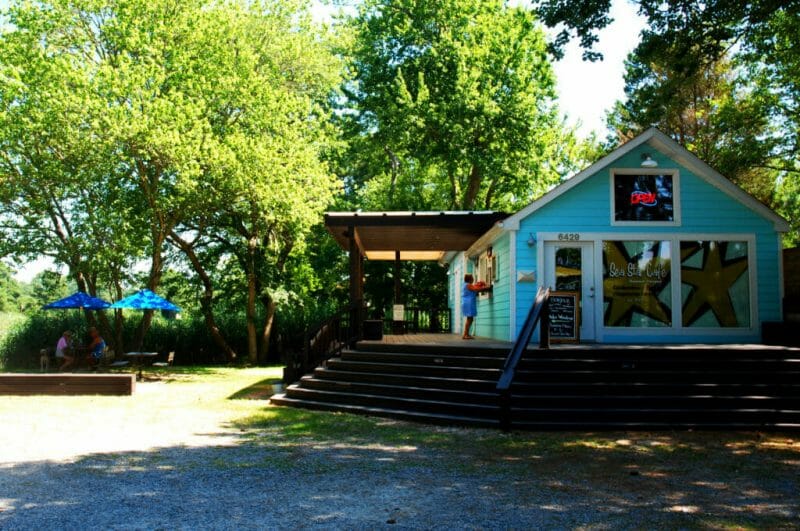 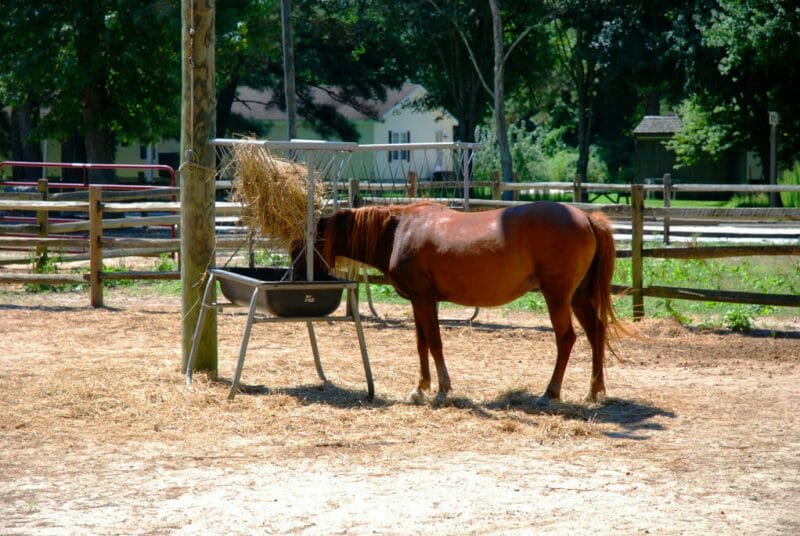 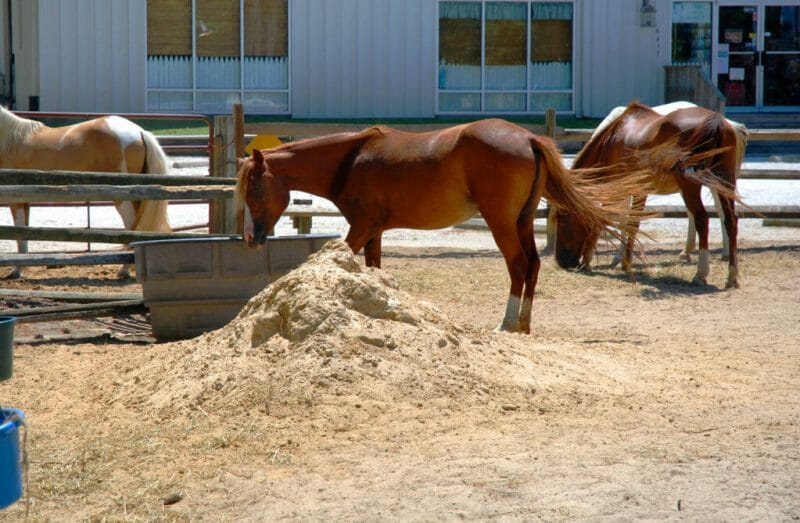 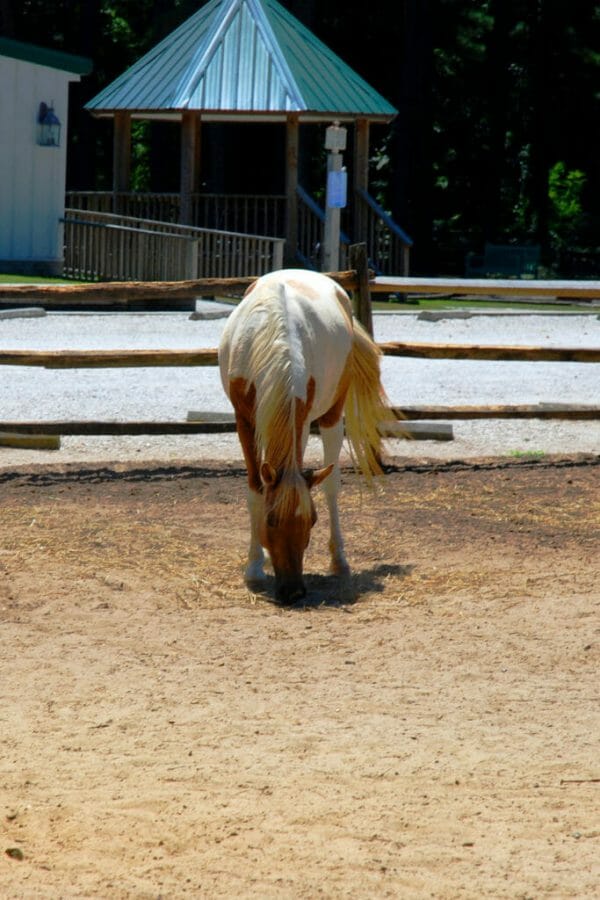 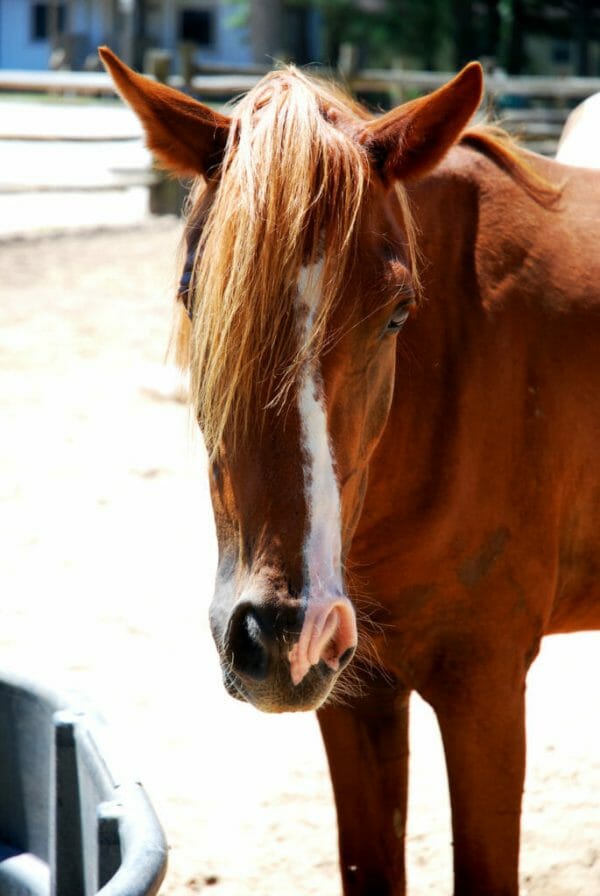 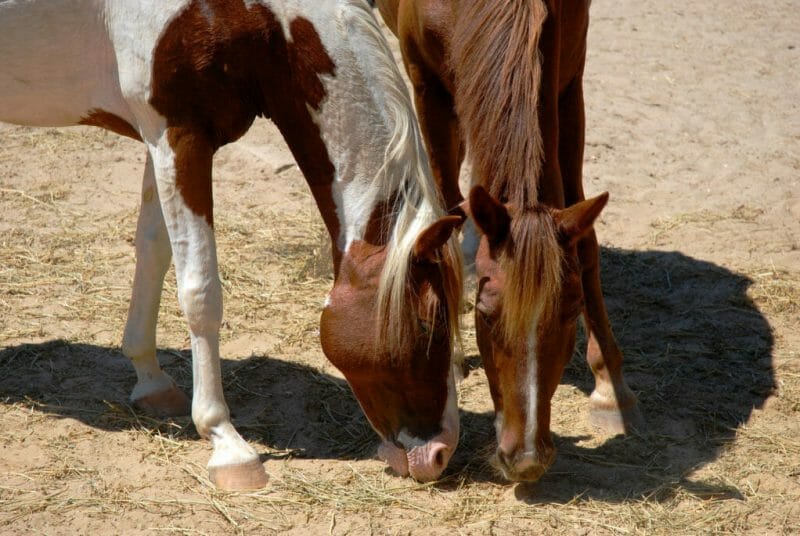 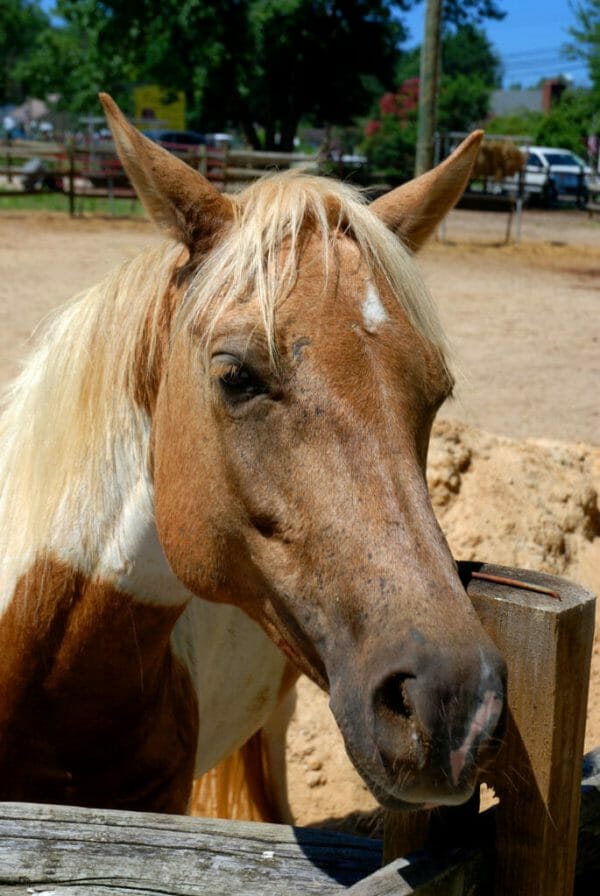 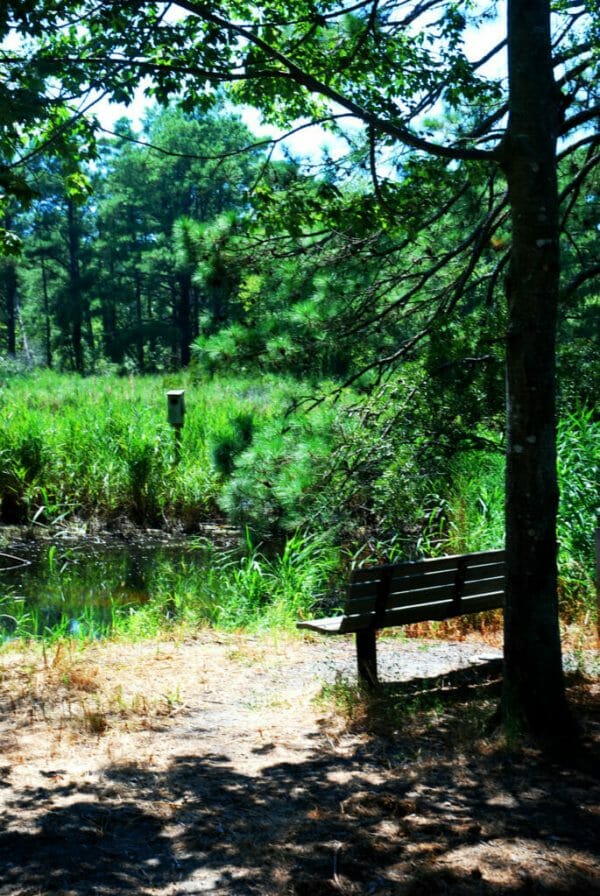 This is the nature trail where dogs are allowed (there’s another one in the same area where they aren’t), and it’s quiet and shady and not very long 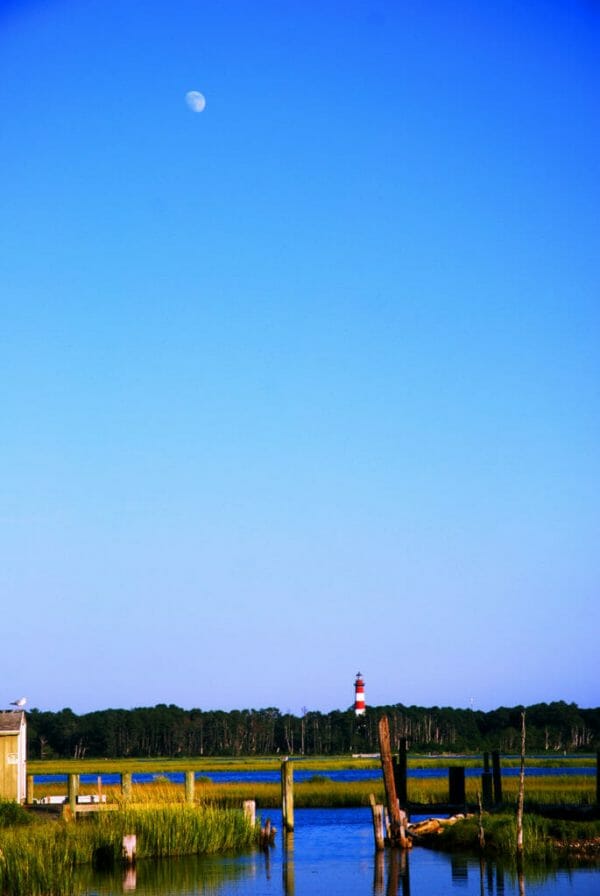 Snug Harbor Marina had an awesome view of the Assateague Lighthouse (and moon!) 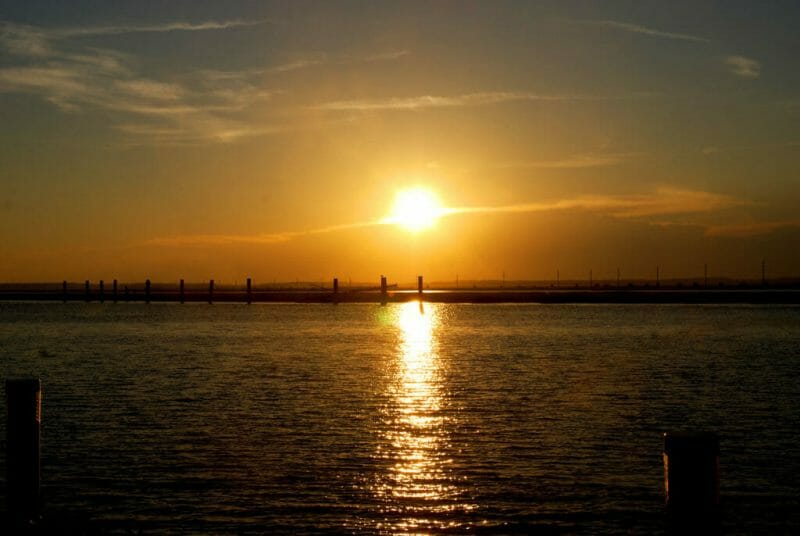 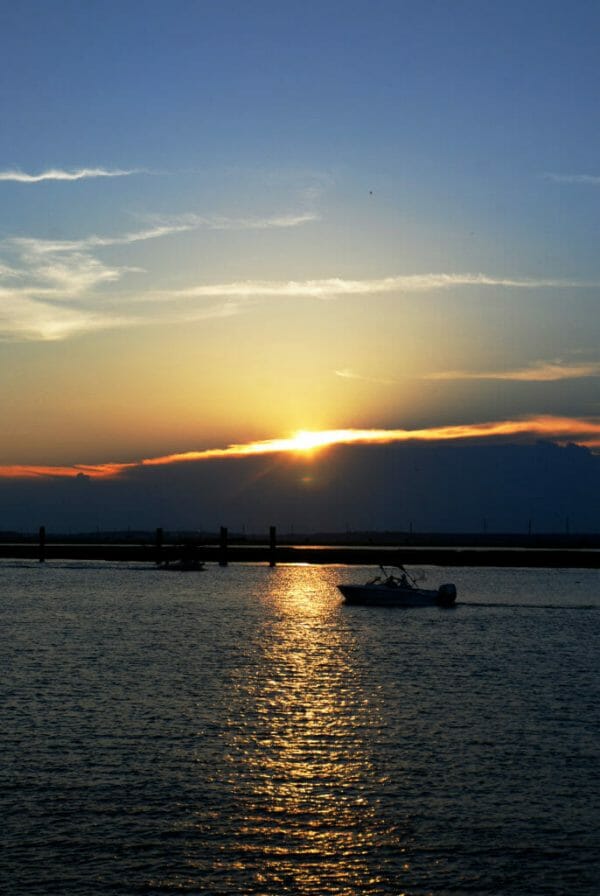 The sunset was a little cloudy, but it was still pretty 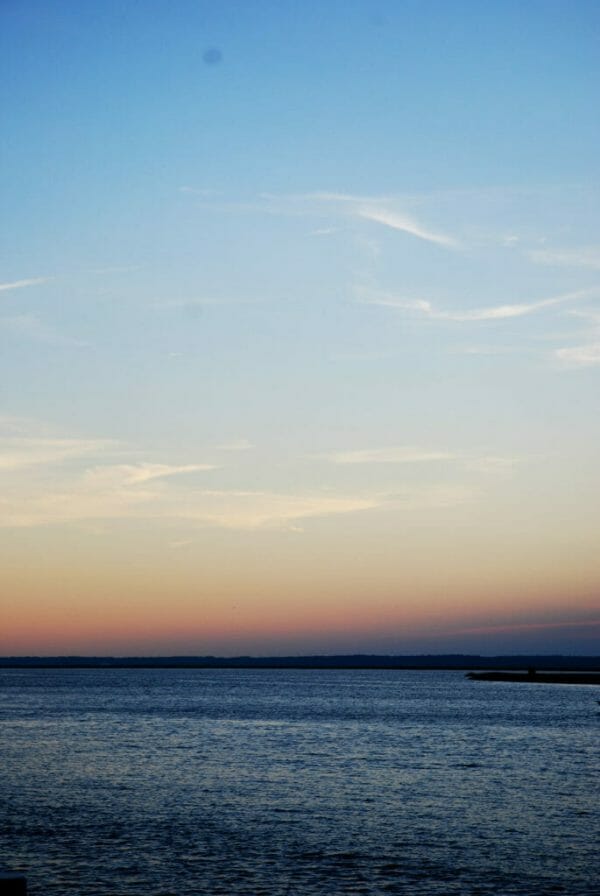 I love the hazy colors from sunsets! 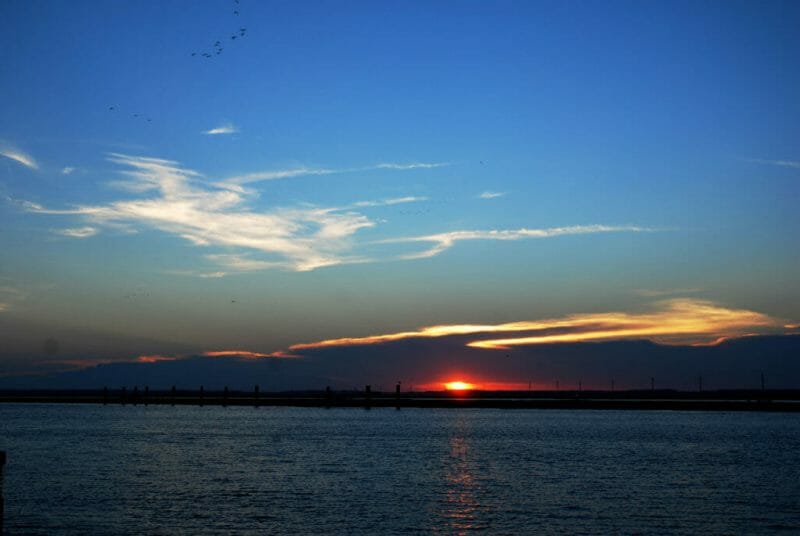 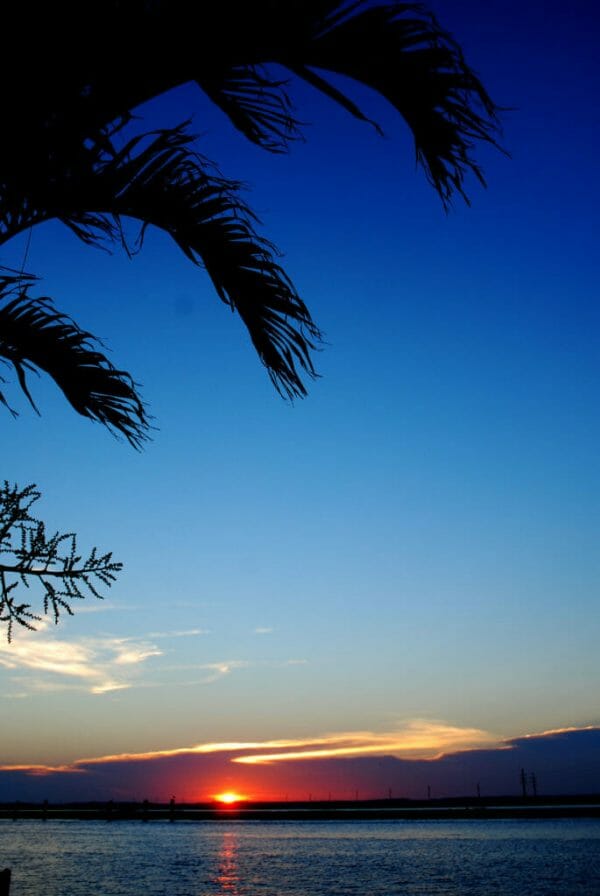 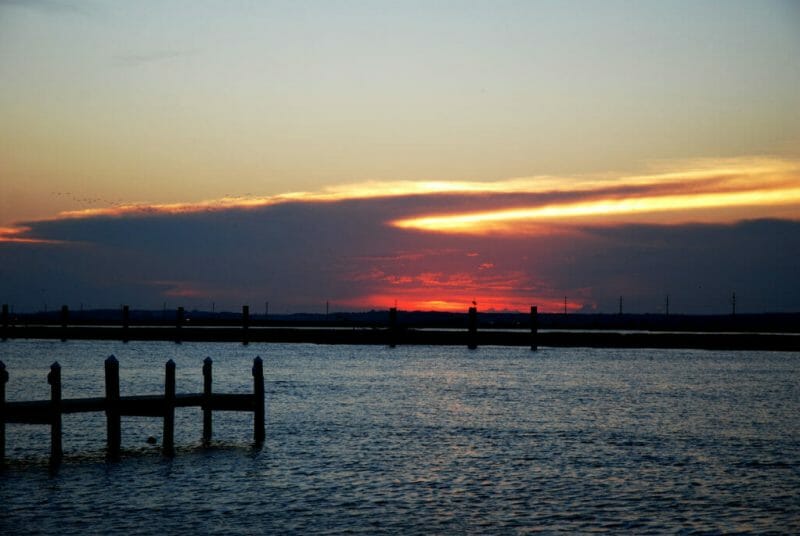 I highly recommend Chincoteague Island if you’re looking for somewhere new to visit! And stay tuned for a blog post about my boat tour! 🙂

« 7 Tips for Hanging a Gallery Wall + Free Printables (and a sneak peek into my apartment!)

18 Comments on Tour of Chincoteague Island