Tips from Philly Locals: The Best Time to Visit Philadelphia (and the Worst!)

When is the best time to visit Philadelphia? You honestly can’t go wrong with visiting at any point in the year! There are so many different things you can do if the weather is too hot or too cold. But that being said, I think there amazing times to visit and times that aren’t the best to visit. I have all the pros and cons of visiting Philadelphia in each month, and I even have tips from Betsy Ross herself (aka my friend Mary who works as Betsy at the Betsy Ross House) on the best times to visit the historic sites in Old City! 🙂 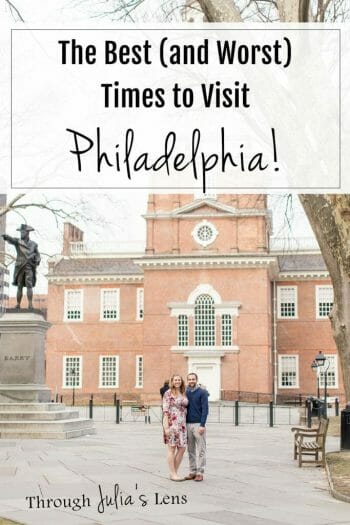 Other than the Mummer’s Parade on January 1, I think January is one of the worst times to visit Philadelphia! Before I moved to Philly, I visited Matt in January and we tried to do sightseeing and it was MISERABLE. We couldn’t even walk a few blocks without ducking into a Walgreens to warm up because it was so dang cold. 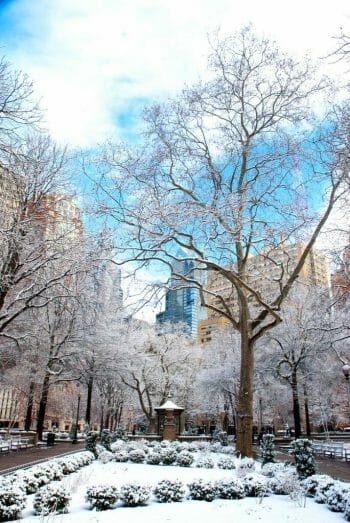 Now, not every single day in January is freezing cold, but you never know. We get a lot of snow and ice then, and it’s dark and overcast (but Philadelphia is really pretty in the snow if you’re up for it). Plus, everyone is hibernating and escaping the cold, so there really isn’t that much going on in the city. If you really do want to see famous sights without crowds around, January is good for that, but just know that it might be miserably cold and your flights could get delayed or canceled if the weather is bad.

One perk of visiting Philadelphia is that it’s Restaurant Week in Center City, so you can try some amazing restaurants for cheaper prices! 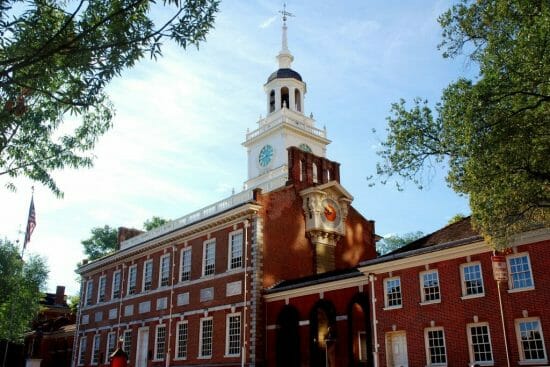 February isn’t much better, in terms of the weather. It’s dark, cold, and snowy. But there are some perks for visiting Philadelphia in February! Betsy Ross said that Independence Hall isn’t ticketed and you can sometimes even tour the second floor, which is closed off the rest of the year! The National Museum of American Jewish History is also free in February, and there are some fun activities in Philadelphia for President’s Day weekend. So if you’re up for cold weather and a chance of snow, February is a great time to get some good deals. 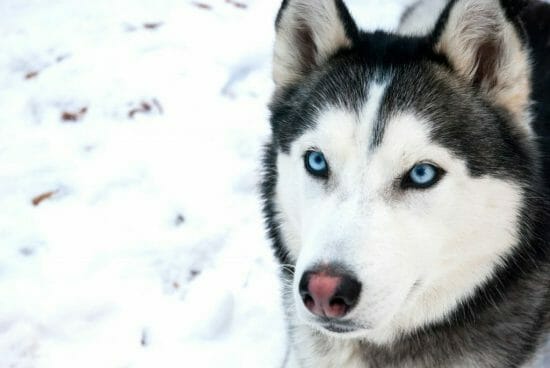 March is probably the most unpredictable month to visit Philadelphia! Spring might be in full bloom, or we might be getting the worst snow and ice storms of the winter. If you want to visit in March, I would recommend coming the second half of the month so there’s a better chance that spring is starting to bloom (especially because flowers starting blooming so much later this year, so the beginning of the month was still dead outside). Plus, the days are getting longer, and the second half of March is after daylight savings time so you’ll get more light in the evening. 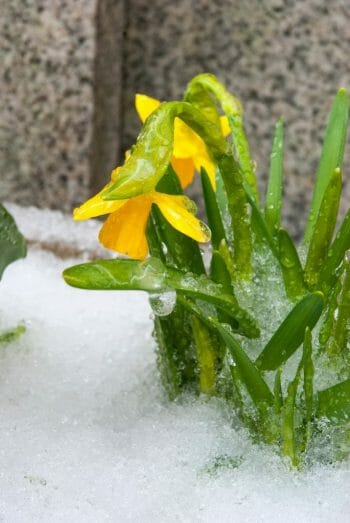 In terms of crowds of tourists, March is a pretty good time to visit to see things without the crowds. Some places have spring break in March so that might bring more people to Philly, but it won’t affect things that much. 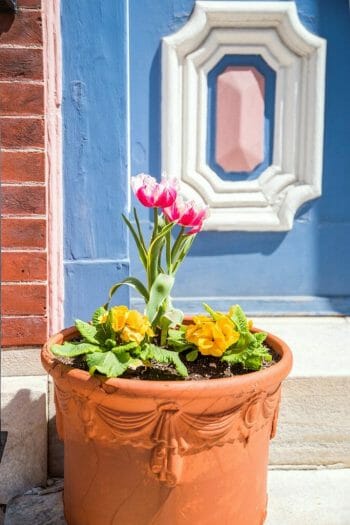 I think Philadelphia is one of the best cities in spring! (I would rank it right below Washington, D.C.’s cherry blossoms). Temperatures can be anywhere from 50-80 degrees so it isn’t too hot yet (and I think sightseeing in chilly but sunny temperatures is the best anyway!), and flowers are blooming so it’s beautiful. 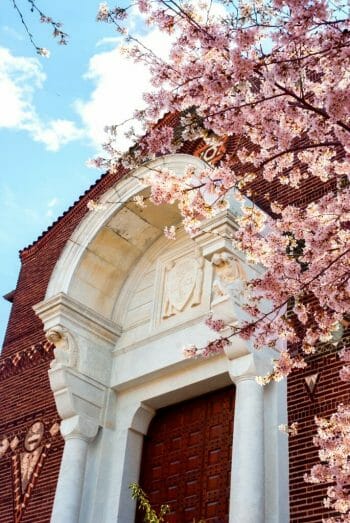 Because it’s starting to warm up in April, locals start flocking to parks and taking up the outdoor seating at restaurants, so the city can feel crowded. But if you’re wanting to visit the famous historic sites in Philadelphia, they aren’t too crowded yet. I always recommend going as early as possible in the day anyway, and I would recommend reserving your spot for the Independence Hall tour ahead of time. 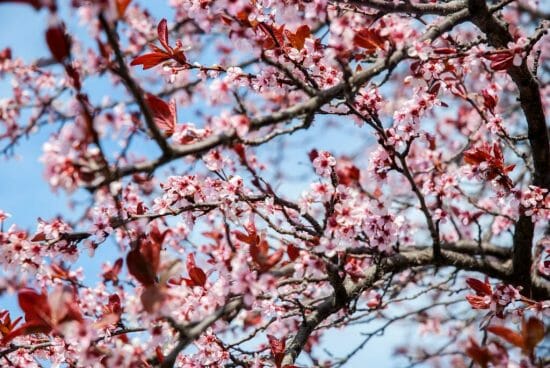 May is beautiful and not too hot yet, but it is more crowded. Spruce Street Harbor Park and beer gardens start opening up in May, and races and festivals start happening on the weekends. Betsy Ross said that Old City and museums are filled with school groups in May, so if you want to beat the crowds of kids, go early in the morning or in the evening! 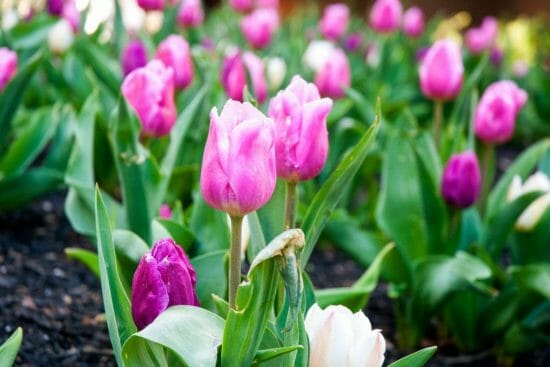 The Once Upon a Nation benches open up Memorial Day weekend! They’re a great way to learn about the history of Philadelphia in different spots around Old City.

The summer is when tourists really start coming to Philadelphia because kids are out of school, but the beginning of the month still has a lot of school groups visiting the historic sites. So you’ll be competing with schools and families on vacation! If the summer is the only time you’re able to visit, I still think it’s worth it, just try to visit the historic sites as early in the day as possible (especially if you don’t like the heat). The historic sites and museum do have extended hours in the summer, so you could try to visit them at the end of the day, too. 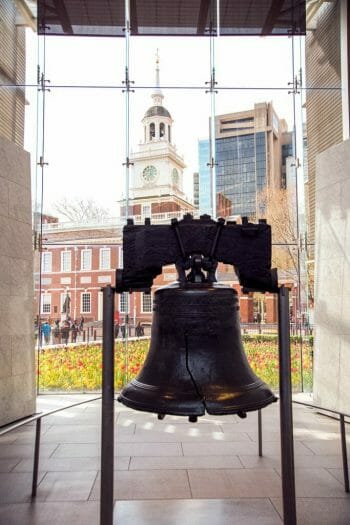 The summer is fun around the rest of the city because the days are long and beer gardens and outdoor restaurants are open all over the city! A lot of locals escape the city to the “shore” (I’ve been here almost 4 years and I still call it the beach #sorrynotsorry), so there tend to be more tourists than locals in the city. Which makes it a good time to see Philadelphia off-the-beaten-path since many locals aren’t home.

And if you visit in July, be sure to visit Philadelphia for the Fourth of July! What better place is there to celebrate America’s independence than the city where it all happened? I honestly haven’t taken advantage of all the Fourth of July celebrations yet, but I’m going to try to do more this year! 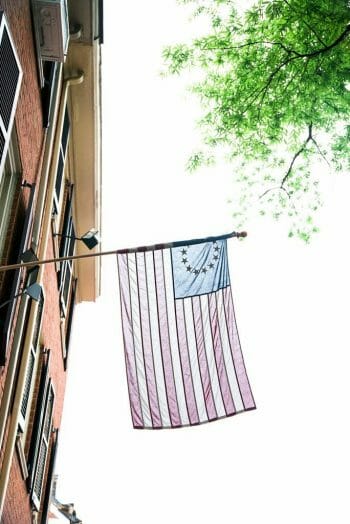 Along with January, I think August is the worst time to visit! It is SO hot and muggy, and being surrounded by concrete sidewalks and buildings makes it hotter and no breeze can get through. It’s consistently around 90 degrees, and there is no escaping the heat. But towards the end of August, kids are back in school so the city is a little more empty. If you can handle the heat, August is a good time to see the main attractions. But don’t say I didn’t warn you about the heat! 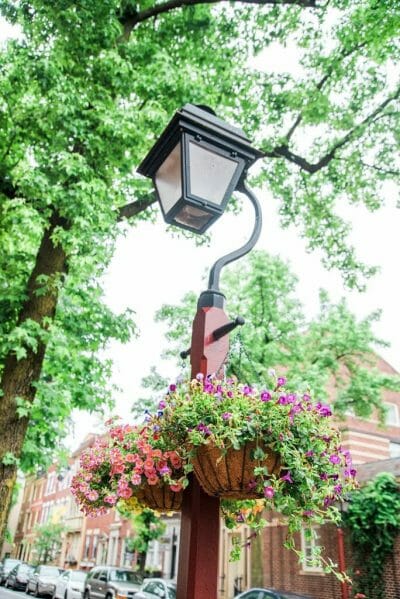 The beginning of September is still really hot and humid, so I would wait until at least the second half of the month to visit the city. If you want to see fall colors, the leaves don’t really start changing until October so I would wait until then. When September starts to cool down, it’s nice because some of the beer gardens and parks are still open and they’re not as crowded as the summer. 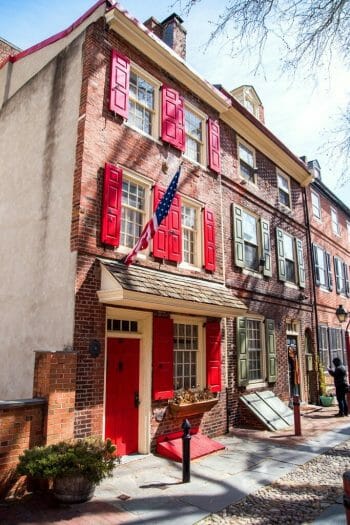 Betsy Ross also agrees with me about coming in late September because the crowds start thinning out at the main historic sites. So late September is one of the best times to visit Philadelphia! 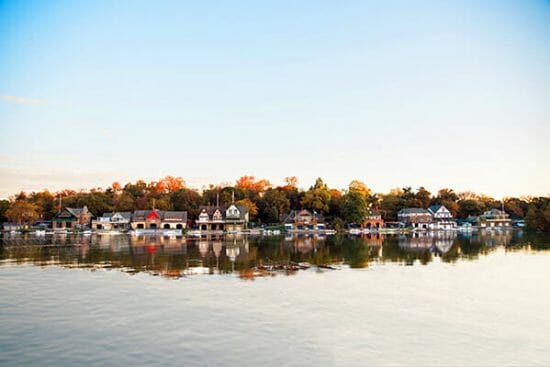 Betsy Ross also agrees that October is a great time to visit, and there aren’t many crowds in Old City (and Old City is beautiful with fall colors, too!).

I think November is an ok time to visit Philadelphia. It can vary between being chilly to snowing (we did get a snowstorm in November last year), and the beautiful fall leaves start dying and falling off mid-November so the city isn’t as pretty then. One perk about November in Philly is the Thanksgiving Parade, which is actually the oldest Thanksgiving parade in the country! 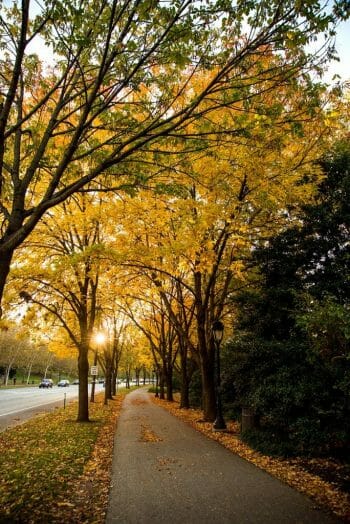 Since it’s chilly, not many people are out sightseeing, so you can get into museums and historic sites without many crowds!

I LOVE Philadelphia in December! Yes, it’s cold and there’s a chance of snow, but everyone goes all out for Christmas! Christmas lights go up in parks and on people’s homes, and people are out shopping and ice skating and warming up with hot chocolate. Old City is beautiful all lit up, and you can even tour houses on Elfreth’s Alley all decked out for Christmas (I haven’t been able to go yet, but I am determined to go this year!). 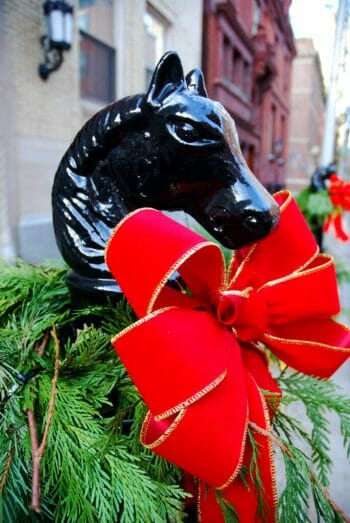 And probably the best thing is the huge Christmas market at City Hall! There are lots of local shops and restaurants and a giant tree decorated with Philly themed ornaments, and you can go ice skating and watch light shows at night. 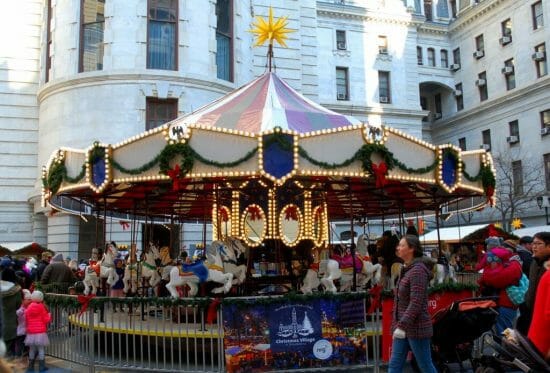 So when is the best time to visit Philadelphia?

Each month has its pros and cons, but I personally love late March, April, early May, late September, October, and December. You can’t go wrong with visiting Philadelphia at any time in the year as long as you’re prepared for the weather and the possible crowds in the summer. If need recommendations for things to do when you visit Philly, I have all my suggestions on my Four Days in Philadelphia post! 🙂 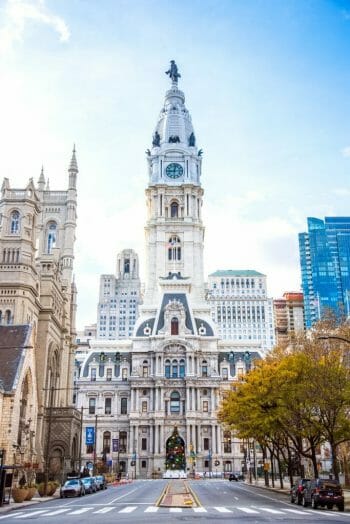 « Amazing Sights to See During a Weekend in Key West

8 Comments on Tips from Philly Locals: The Best Time to Visit Philadelphia (and the Worst!)