The Top of Philadelphia

I’ve said this before, but Philadelphia’s City Hall is my favorite building in the city. And it’s probably my favorite building in the United States (other than buildings in my hometown Washington, D.C.!), so I was really excited when I found out you could actually go to the top of City Hall! I actually only heard about it from a friend, so it doesn’t seem like it’s a big tourist stop, which means fewer crowds and shorter wait times.

But it’s really worth it because there’s an observation deck right below the William Penn statue, and you can take an elevator right up to the top for only $6.00! You get a really awesome bird’s eye view of Philadelphia from right in the middle of the city. The only downside is that it’s only open during weekdays, so I had to wait until my family came to visit to have a good excuse to take off work in the middle of the week. It’s definitely worth the visit if you have the time though!

Full disclosure for photographers, the observation deck is encased in glass so on sunny days, you might get a glare on your photos. So be prepared to do a little editing! 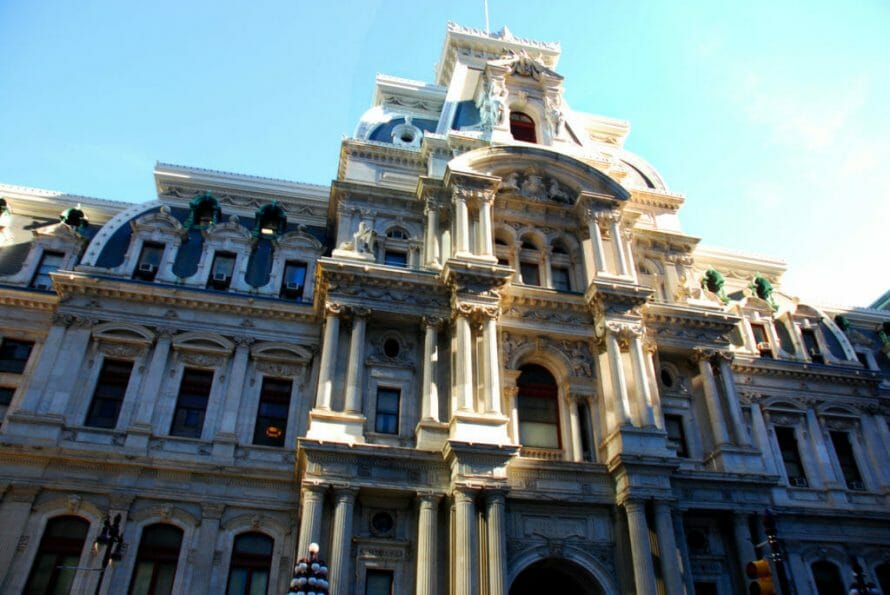 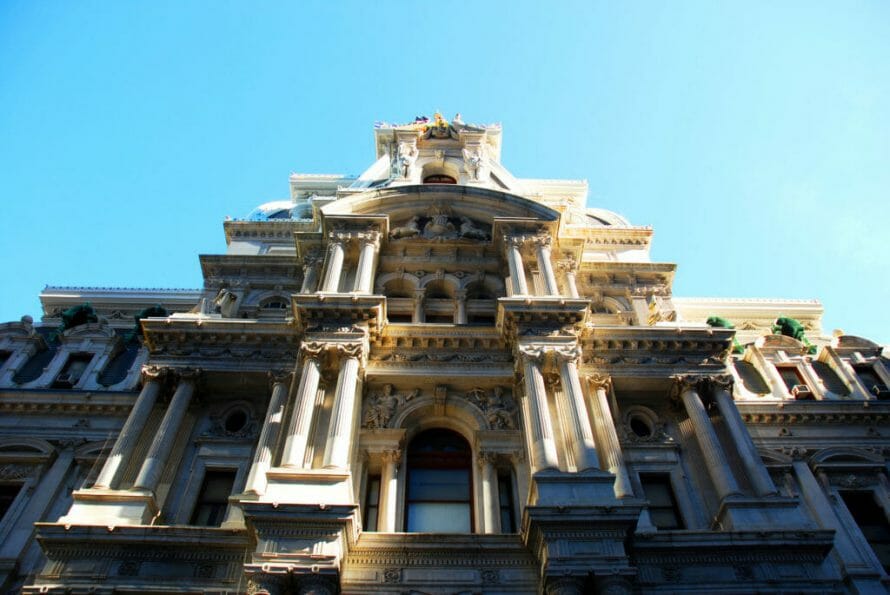 The observation deck is right below the William Penn statue 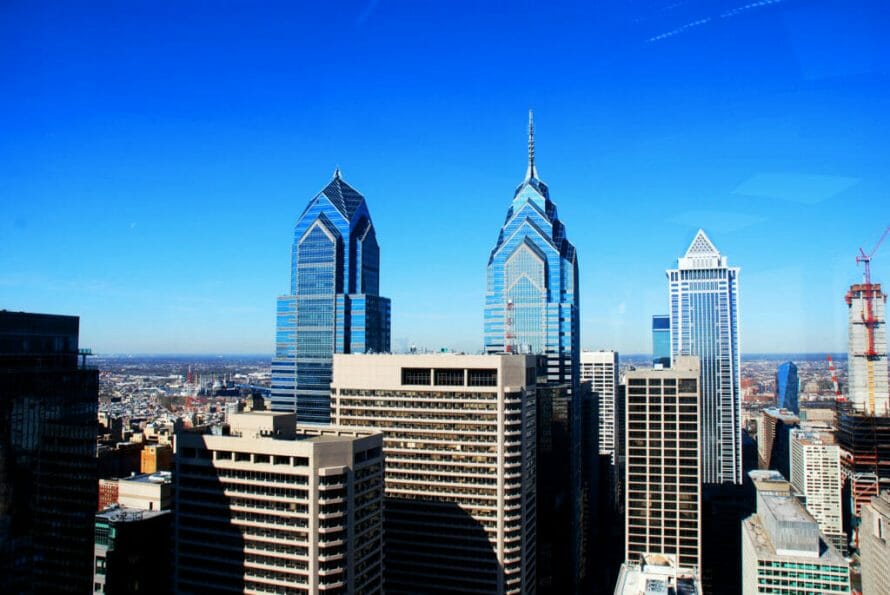 The two Liberty Place buildings and the BNY Mellon Center 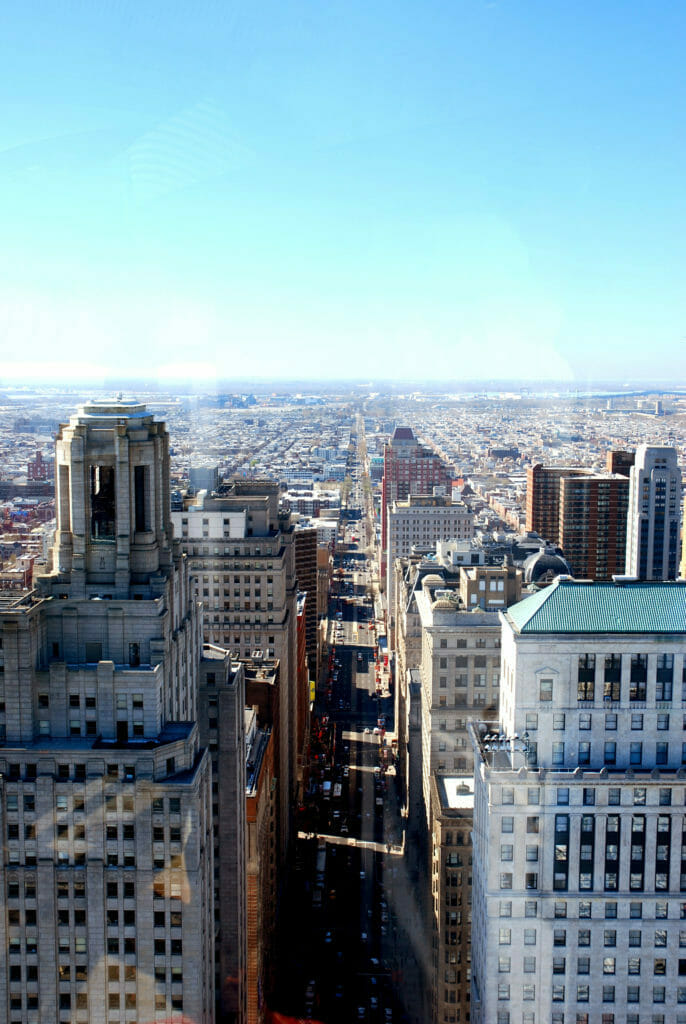 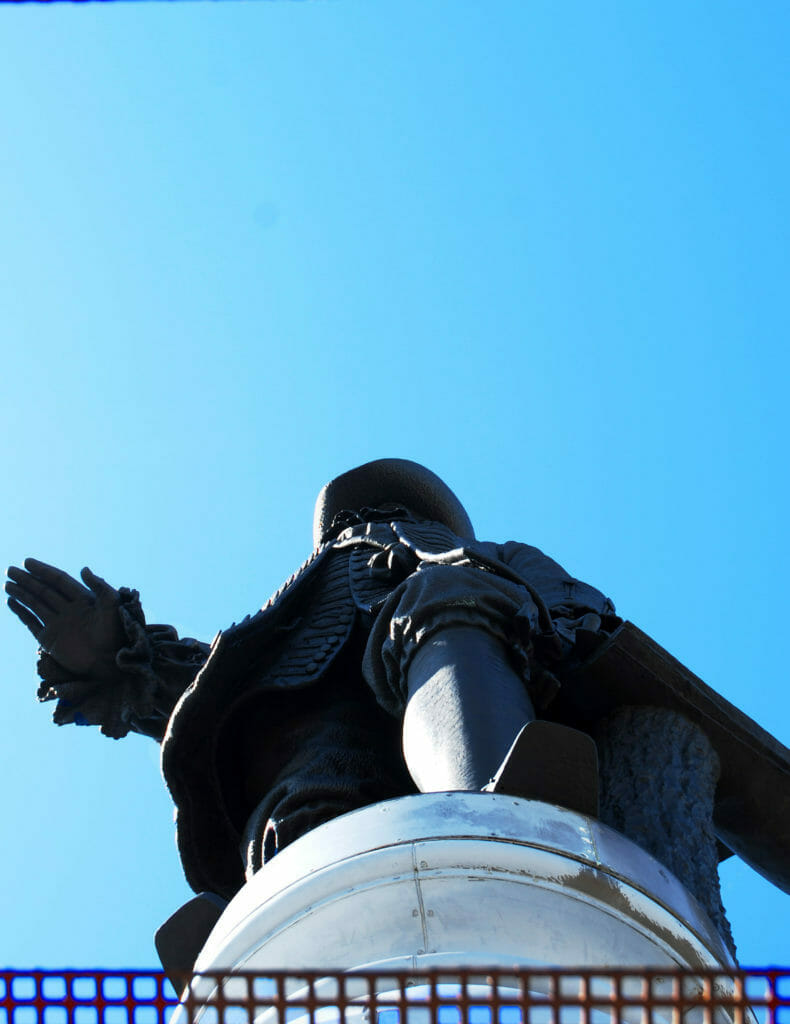 Billy Penn! (The statue is WAY bigger than you would think!) 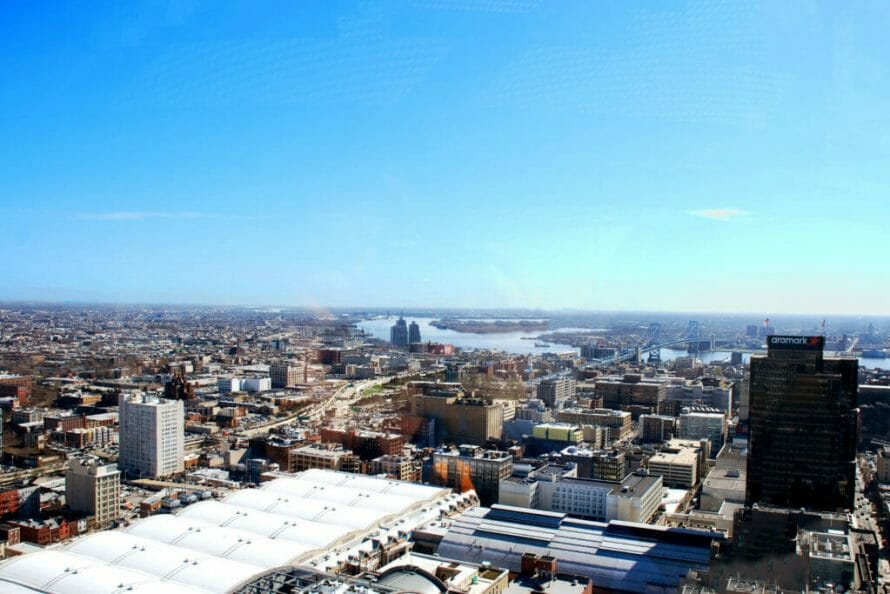 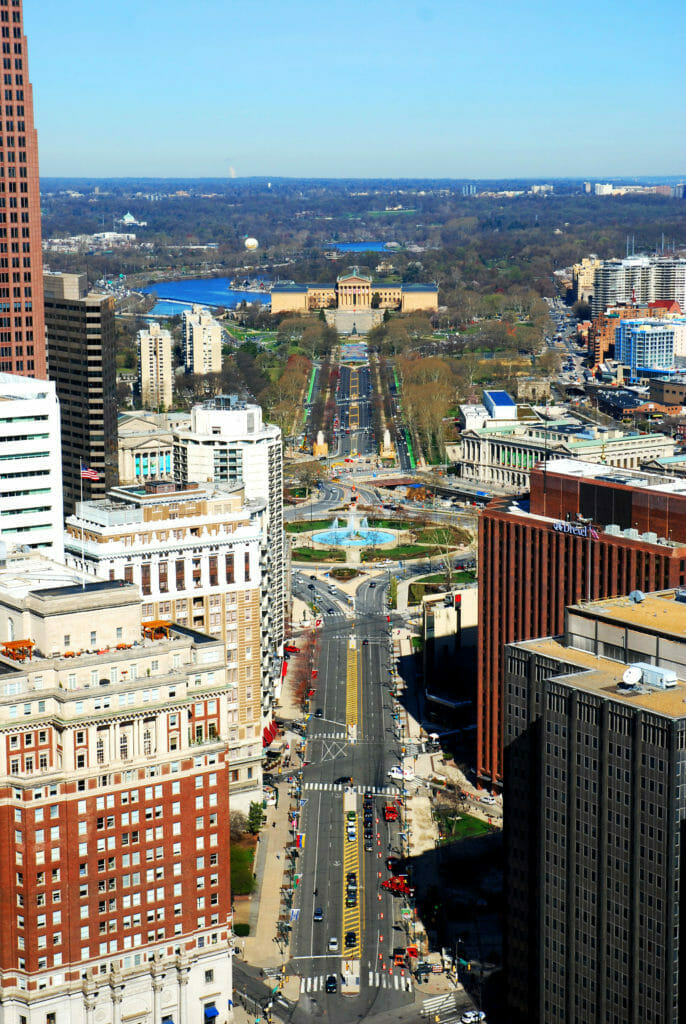 The art museum and the Schuylkill River 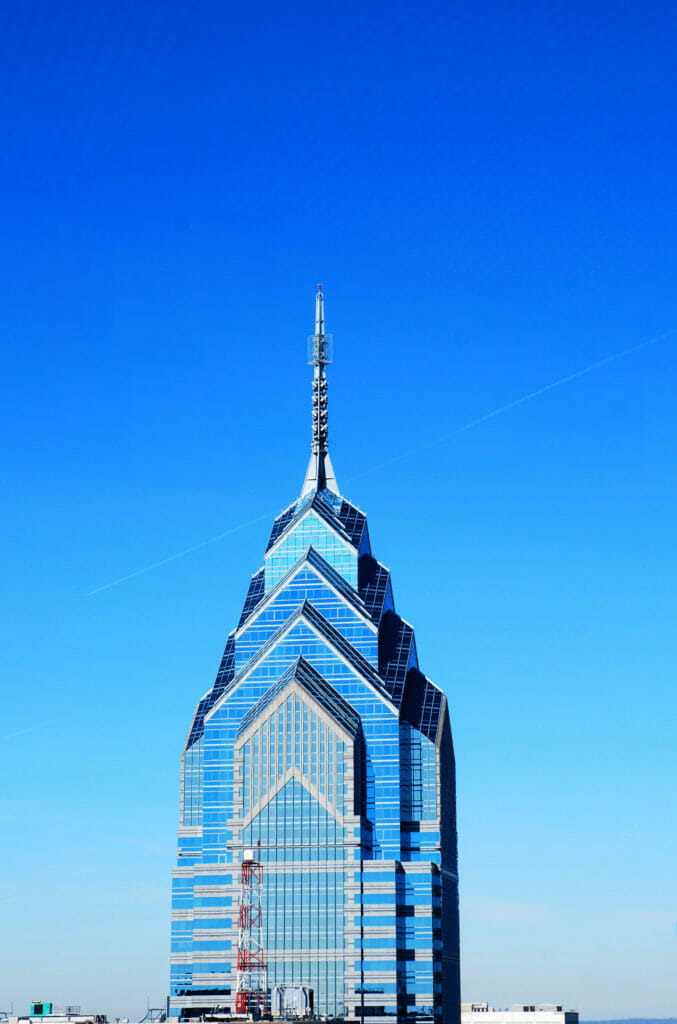 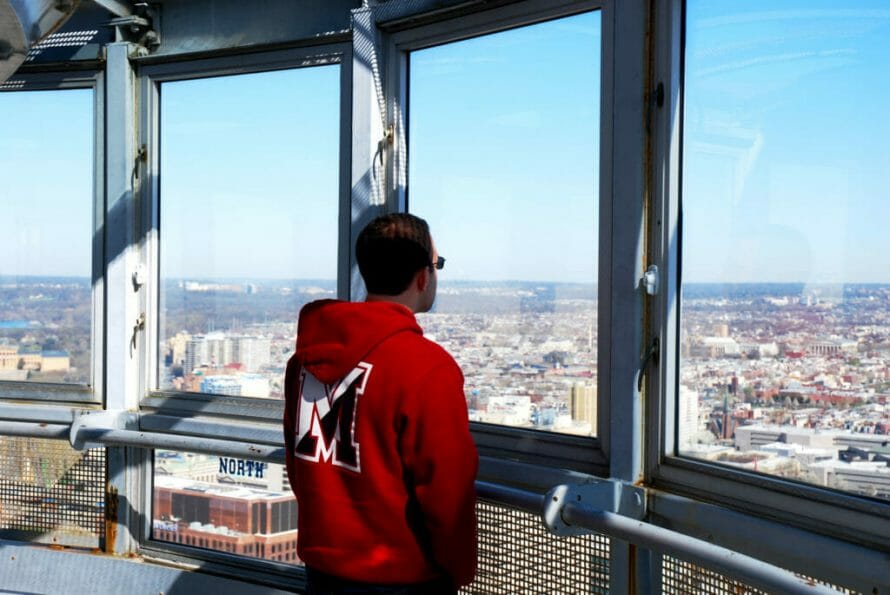 This is the inside of the observation deck (with my usual model, Matt), and it’s just a small, round room encased in glass 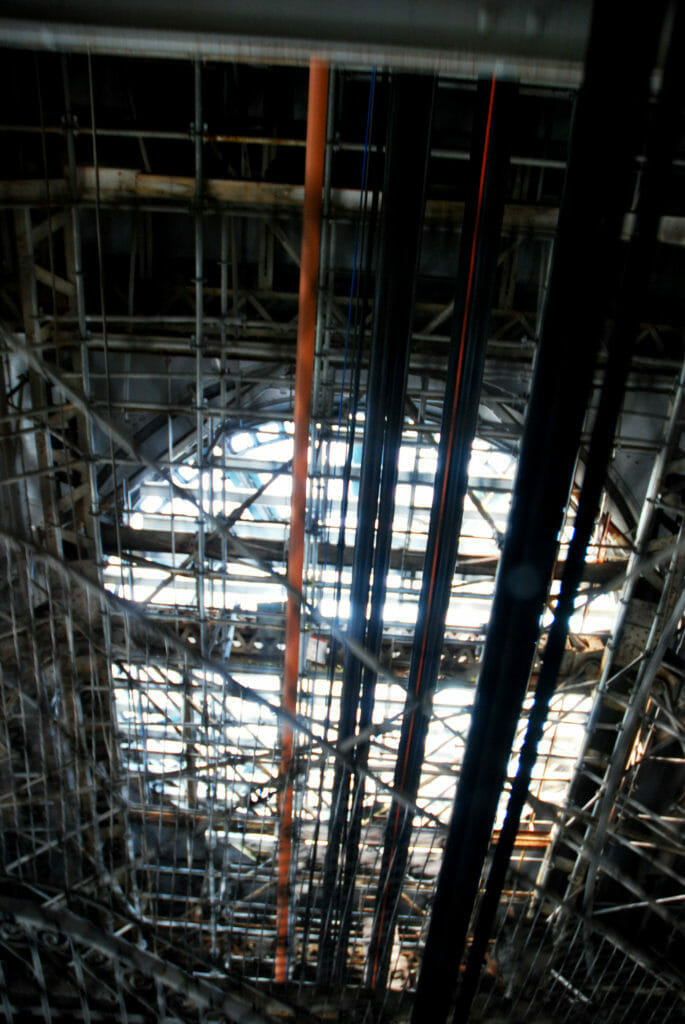 Sorry about this being blurry (we were going pretty fast and it was a small elevator), but this was taken on the way down in the elevator, so you can see everything holding City Hall up!

Has anyone else gone to the observation deck in City Hall? If you have other spots to see Philadelphia from the top, I would love to hear your recommendations!

Shameless plug: I have a new article on Acculturated about education!

12 Comments on The Top of Philadelphia