If you read my Four Days in Philadelphia post, you saw that my college roommate, Stephanie, visited me in Philadelphia for the first time. Our first stop for the Philadelphia newbie? The Independence Hall tour! Yes, it is a tourist spot, but for good reason. You get a great history lesson on Philadelphia during the Revolutionary War, and you get to see the room where our Founding Fathers created this nation and signed the Declaration of Independence and the Constitution.

Basically, Independence Hall is where the United States was born. And you get to see it for free. And they filmed scenes from National Treasure there. So why wouldn’t you want to go? And after your tour, you can just cross the street to see the Liberty Bell! (Those pictures will be coming up in a post soon!) Everything historical is right in Old City, so you can also take a short walk to see Benjamin Franklin’s grave, Elfreth’s Alley, the Betsy Ross house, and other historical buildings and sites.

Like I said in my Four Days in Philadelphia post, it’s best to do the Independence Hall tour earlier in the day to avoid the crowds. We did the first tour at 9 a.m., and we reserved tickets (you can do online or in person, but you have to get there early to pick up your tickets) so we could beat the crowds. You can find out about their hours and tickets on their website here.

We had a great tour guide who was a retired teacher and very informative! I don’t want to spoil the tour for you because it’s really worth the visit, but our tour guide told us a lot of information about the Revolutionary War that you don’t really learn from history class. My favorite fun fact from the tour was that Pennsylvania is called the Keystone State because of Roman arches. The stone at the center of the arch that supports and balances is called the keystone, and Philadelphia was right in the middle of the colonies. That’s why it was used for meetings during the Revolutionary War. Pretty interesting, right? You can read more about it here if you’re a super history nerd like me! 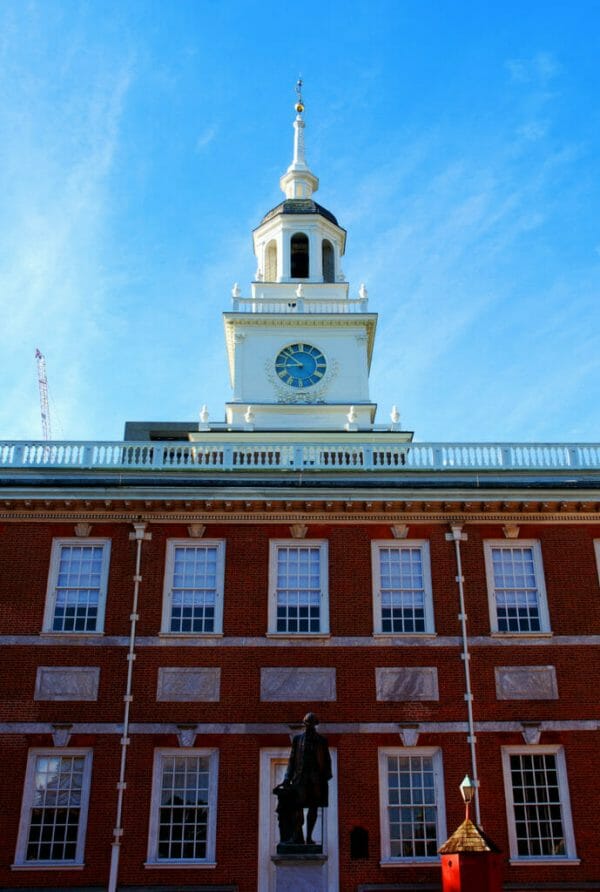 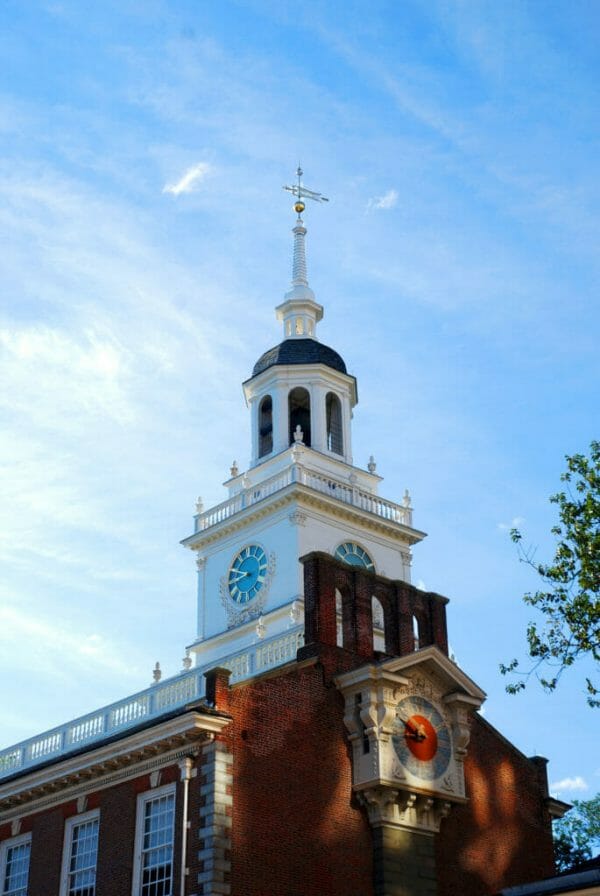 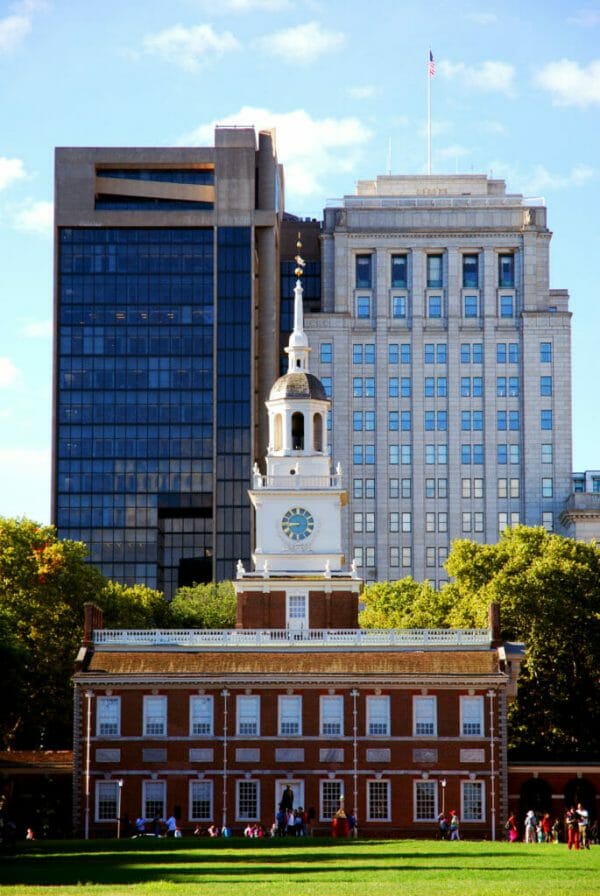 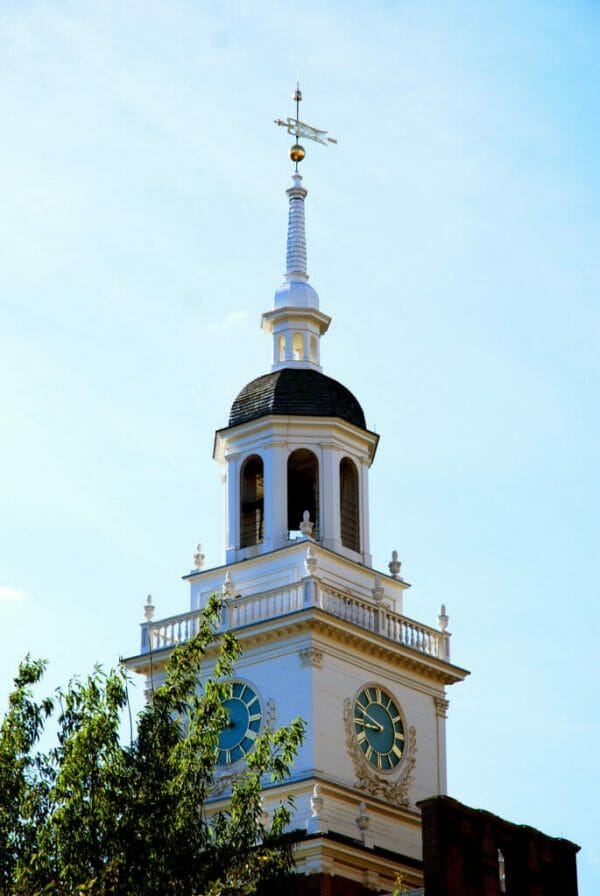 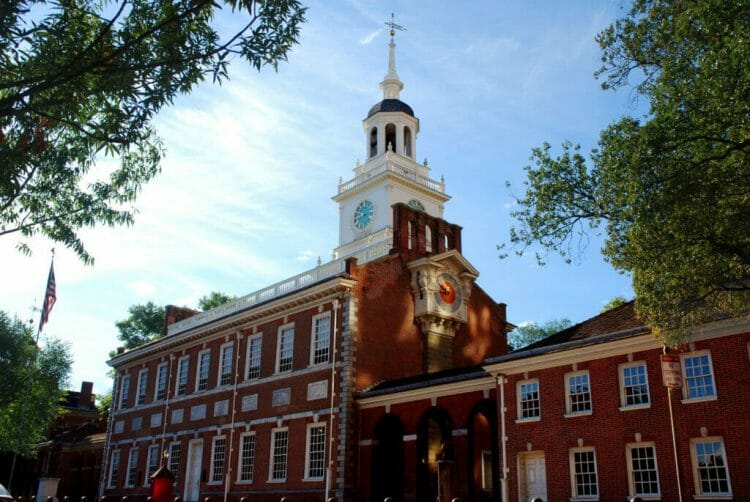 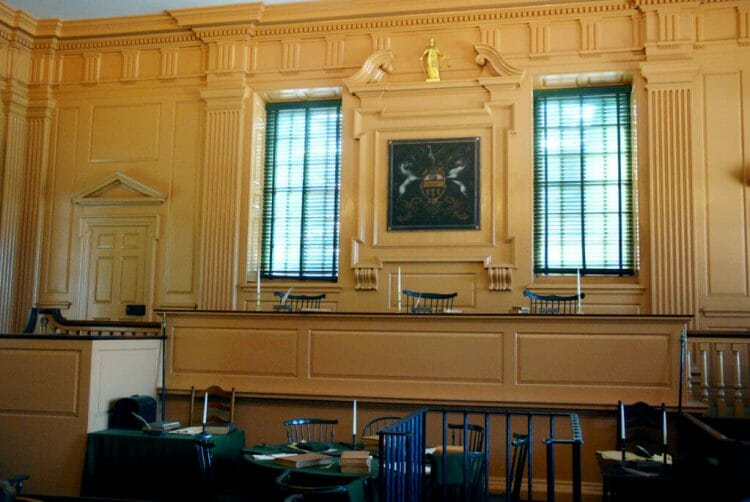 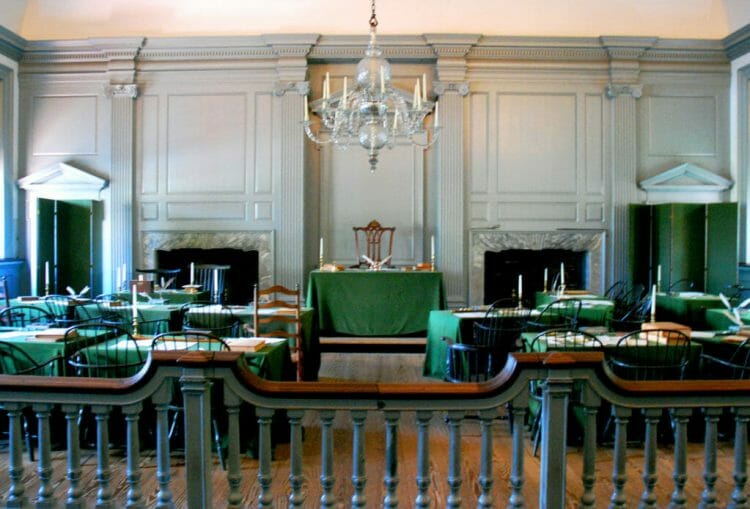 This is the room where it all happened! Also when you go, make sure you get the story about what Benjamin Franklin said about the sun carved into the chair at the center 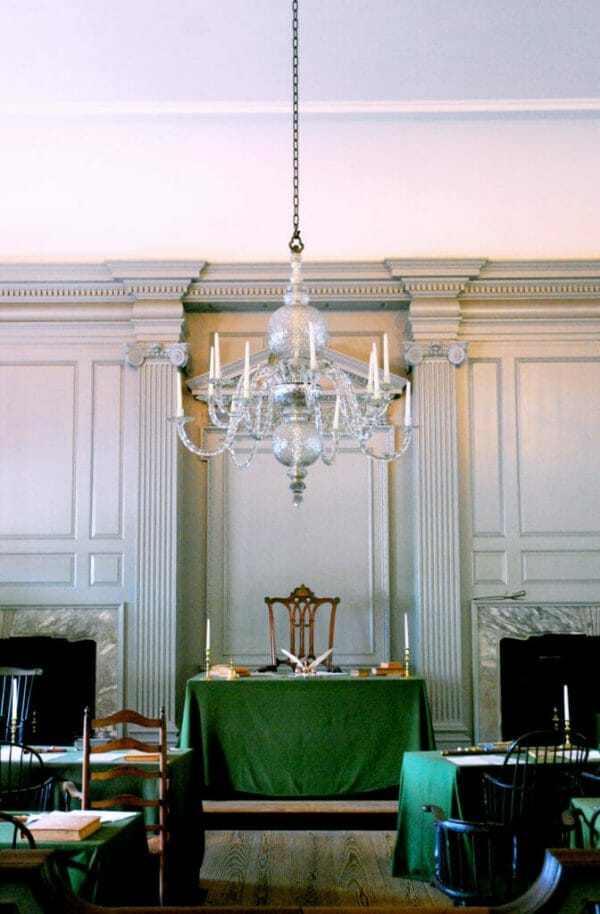 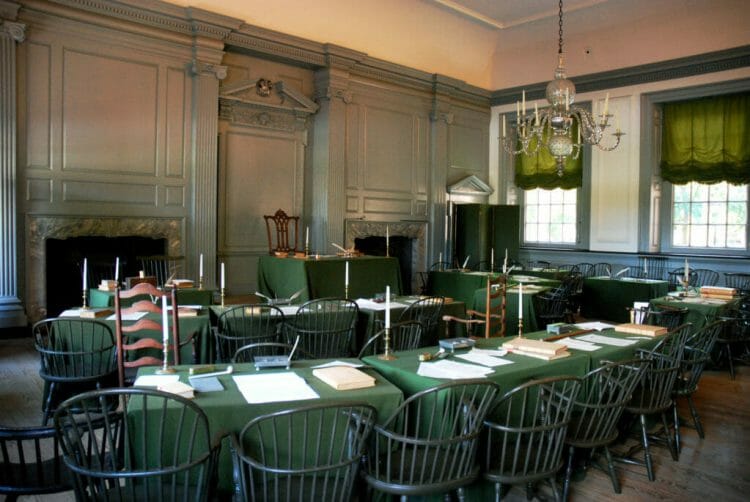 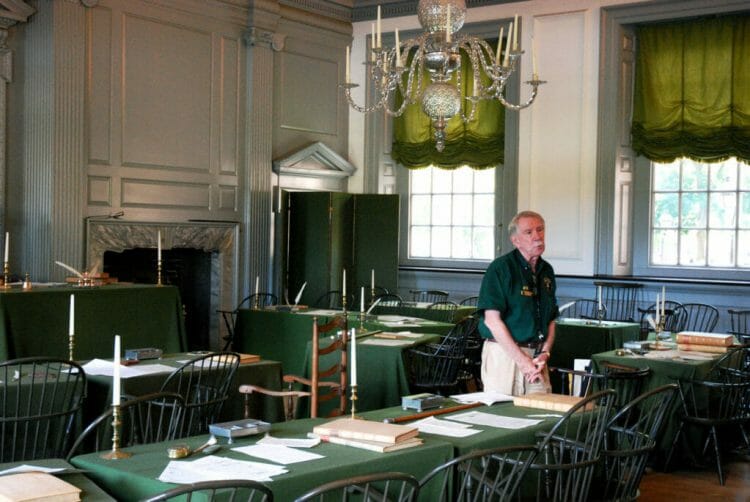 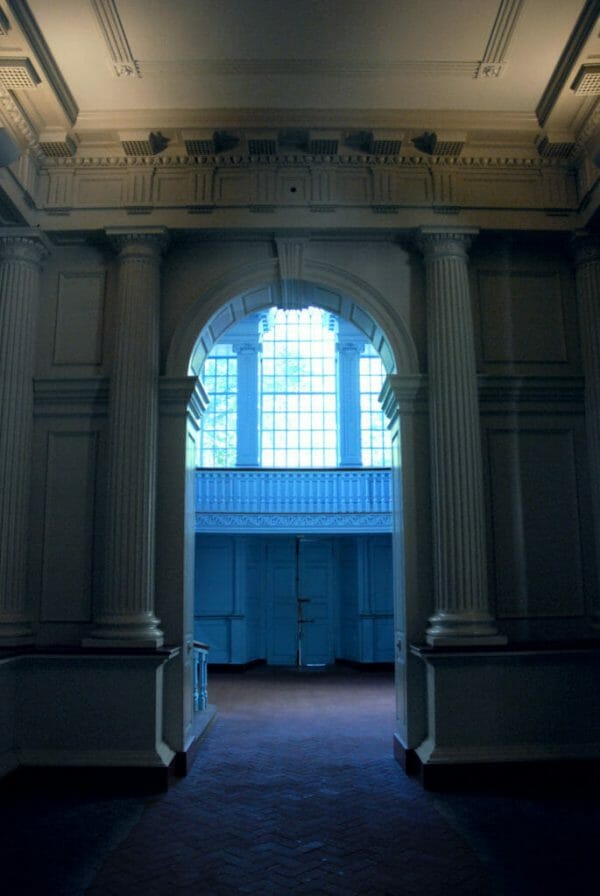 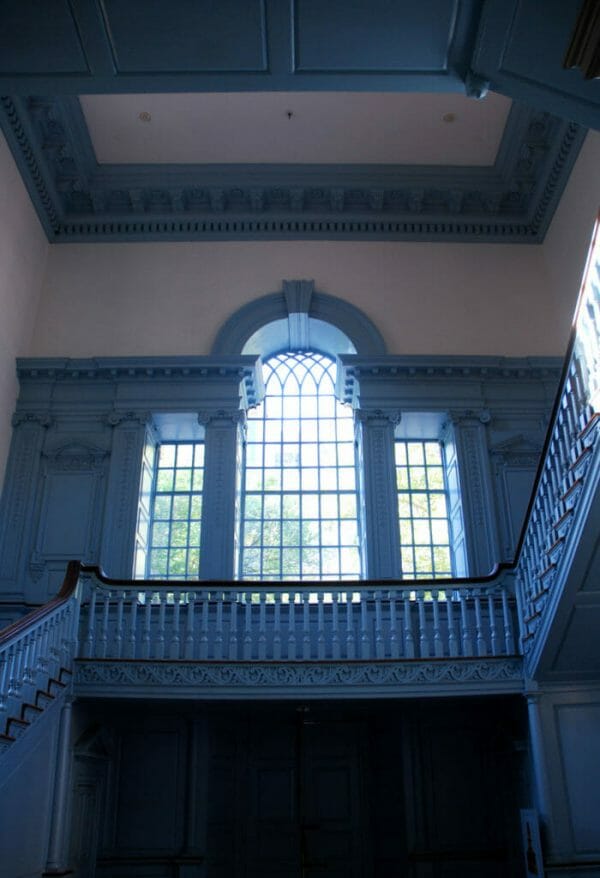 Sadly you can’t go up, but the stairs are beautiful to look at! 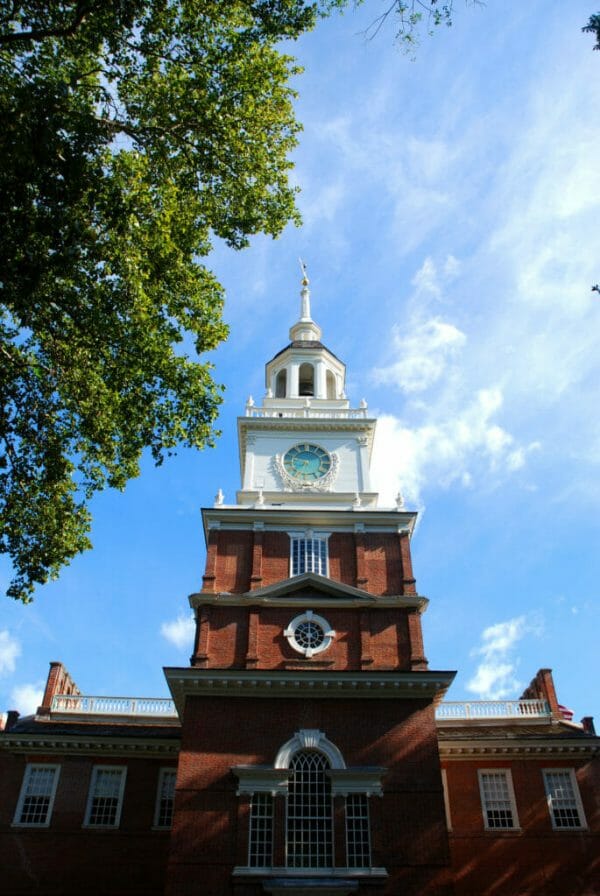 So if you haven’t been to Independence Hall yet, you should add it to your bucket list! It’s definitely worth a visit! 🙂

« Four Days in Philadelphia: A Local’s Insider Guide to Philly