As you saw in my Four Days in Philadelphia post, my college roommate came to visit Philadelphia for the first time, so of course we hit up all the major Philadelphia sights. The Liberty Bell was our second stop after Independence Hall, and it’s conveniently located right across the street.

It’s free to visit the Liberty Bell, and like I’ve said before, the earlier you get there the better! We went right after our 9 a.m. tour of Independence Hall (you can read my review here), and even then there were quite a few tourists around. We had to wait a little while to get a picture of the Liberty Bell without anyone in the background. There is a little exhibit leading up to the bell if you’re stuck in line. I have gone before when there was a line out the door, and it does move pretty quickly, thankfully.

For a little history on the Liberty Bell, the bell actually dates to before the Revolutionary War. It was commissioned from London in 1751 to commemorate the 50-year anniversary of William Penn’s charter. It reads, “Proclaim LIBERTY throughout all the land unto all the inhabitants thereof,” based on a passage from Leviticus. Fun fact: Pennsylvania is inscribed as “Pensylvania” because that was how it was spelled during the time, and it was even spelled that way on the Constitution. The bell  started cracking after it was first rung in Philadelphia, and it’s widely believed that it’s famous large crack formed when it was rung after the death of Chief Justice John Marshall in 1835.

Fun fact: the Liberty Bell actually wasn’t rung on July 4, 1776! And there isn’t actually any proof that it was one of the bells rung on July 8, 1776 (though historians think there’s a good chance that it was). The Liberty Bell became famous in 1847 after an old bellringer claimed it was rung on July 4, and the tale spread so much that the bell traveled the country to different patriotic events. Since traveling caused it more cracks, it has remained in Philadelphia since 1915. I didn’t know any of this prior to my visit! You can learn some more fun facts about the bell here.

I don’t have too many photos for this post because the Liberty Bell is the main attraction and there are only so many different shots you can take with other tourists around, but I do have other posts on Independence Hall, Old City (part one and part two), and Elfreth’s Alley! And my Four Days in Philadelphia post will give you a summary of all those places. 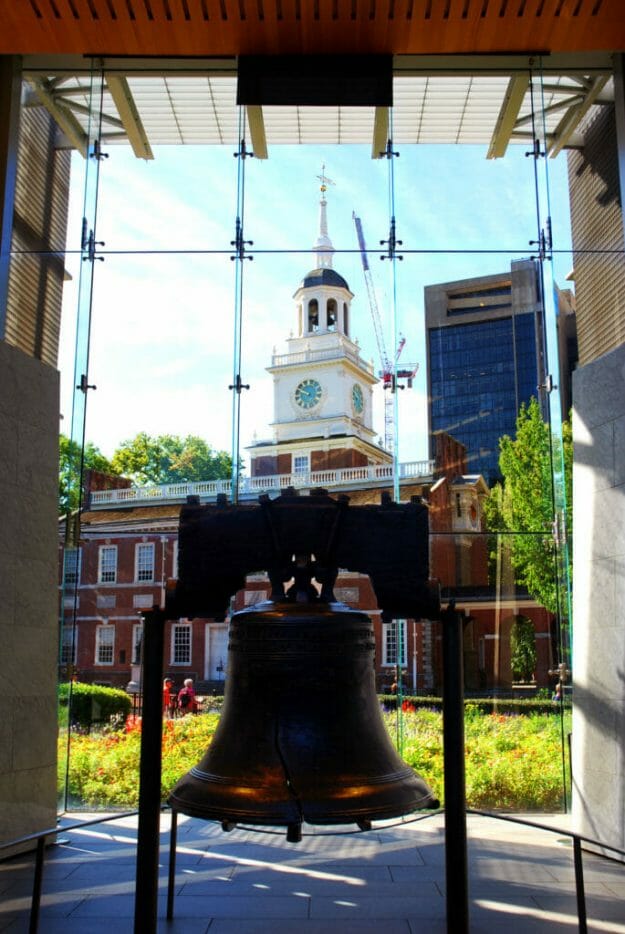 You also get a great view of Independence Hall! 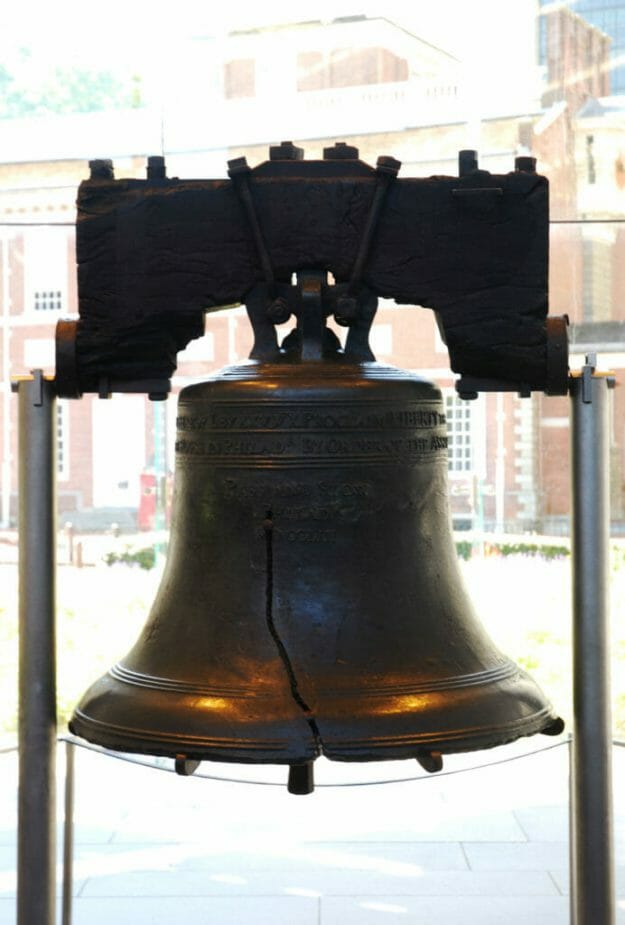 It’s really easy (and free!) to visit the Liberty Bell, so I definitely encourage everyone to visit! It’s a really interesting piece of U.S. history that’s worth seeing in person. Has anyone else visited the Liberty Bell?

7 Comments on The Liberty Bell