I’m back with a Nerd Corner post for Vikings in America! As I explained in my first Nerd Corner post, I’m a huge nerd (especially about Vikings), so I’ll sometimes share cool articles that I’ve found with you all. And this post is actually a Nerd Corner and Philadelphia photography combo because the American Swedish Historical Museum had Viking Day this past weekend! For those who don’t know (and I totally didn’t know this until I moved to Philly), Swedes were actually one of the first groups to come to the Philadelphia area, even before William Penn. The heritage is still pretty strong here, and fun fact: Old Swedes’ Church is actually the oldest church in Pennsylvania. And guess what the oldest church in the United States is? A Swedish church in Wilmington, DE! So yeah, Swedes were pretty prominent in this area! 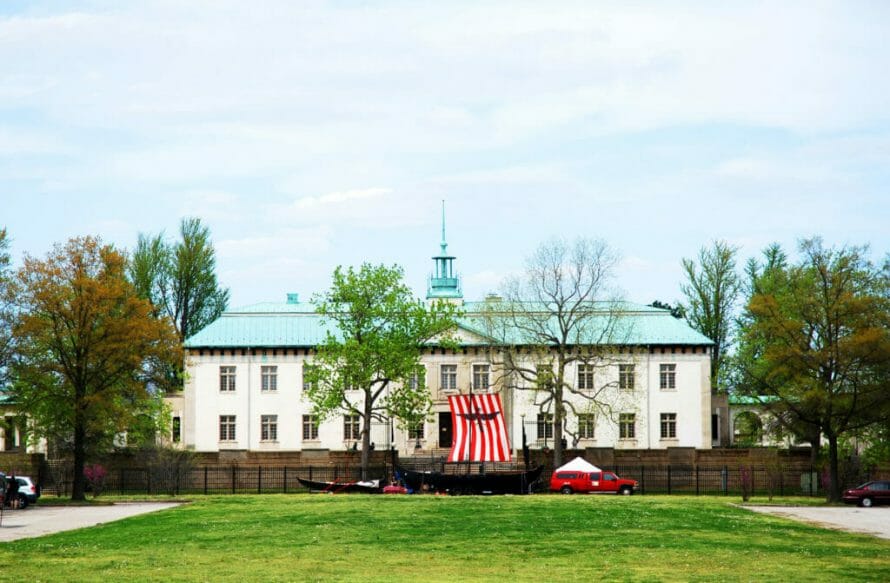 The American Swedish Historical Museum with a Viking ship for Viking Day!

So back to Vikings, there was a recent discovery that could actually be a huge deal for everyone, not just giant Viking nerds like myself! As we know, Vikings actually came to America hundreds of years before Christopher Columbus (I can talk about that for hours if anyone has any questions!), and a settlement was found in Canada in 1960 called L’Anse aux Meadows. And now, they think they found another Viking settlement! (National Geographic has a great article on it here!) And get this, a “space archaeologist” used satellite imaging to find the spot. How cool is that??

So other than how cool it sounds to be a space archaeologist, why does this matter? If they are able to confirm that this is a Viking settlement (they’re still digging up the site so it could be a while before anything is confirmed), this proves that not only were Vikings the first Europeans to sail to America, they were the first ones to have settlements with the intent to stay. AND this also proves that Icelandic sagas are more than just stories because they wouldn’t have found these settlements without them! (If you don’t know anything about Icelandic sagas and are interested in learning about them, my whole thesis is on Vikings and sagas!)

I could talk about all aspects of that find all day (put any questions in the comment box!), but I’ll move on to the next cool thing! This topic is short, I promise! Politicians voted last week to allow a preschool in Sweden is starting to teach a dying Viking language called Elfdalian. A remote place called Älvdalen is the only area in Sweden where it is spoken, and they’re trying to keep it alive by passing the language on to the next generation. That’s a pretty cool way to keep their history alive! The whole article can be found here.

And now on to the photos! As I said before, the American Swedish Historical Museum had Viking Day this past weekend! They had speakers and fun activities and yes, a Viking ship! They also had a Hnefletafle tournament, and I came in second place without knowing how to play! Definitely beginner’s luck. If you haven’t been to the museum yet, you should definitely check it out! They also have events like National Day, Midsummer’s Eve, and Smorgasbeer’d (smorgasbord and beer tasting!) this summer! 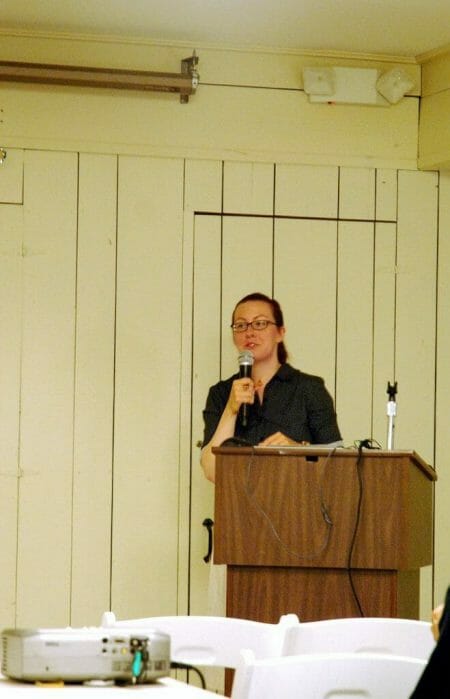 David Krueger (he wrote an article that I talked about in my first Nerd Corner post!) talked about why Americans are so interested in Vikings 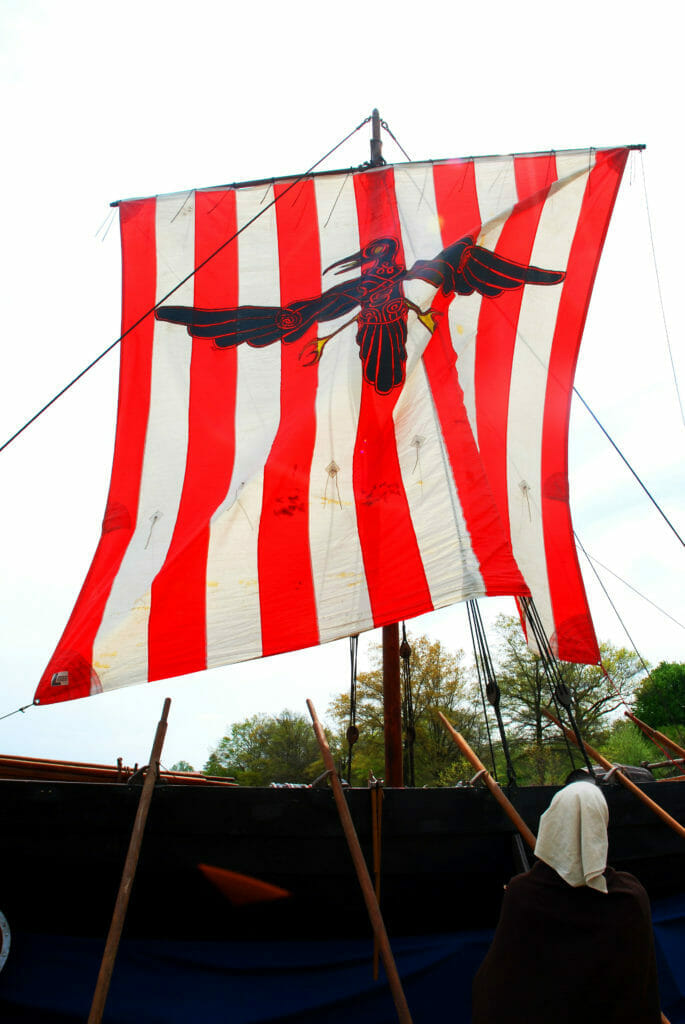 Oftentimes, the sail was actually the most expensive part of the boat! Vikings were known for their square sails, which allowed close sailing with the wind to make faster turns 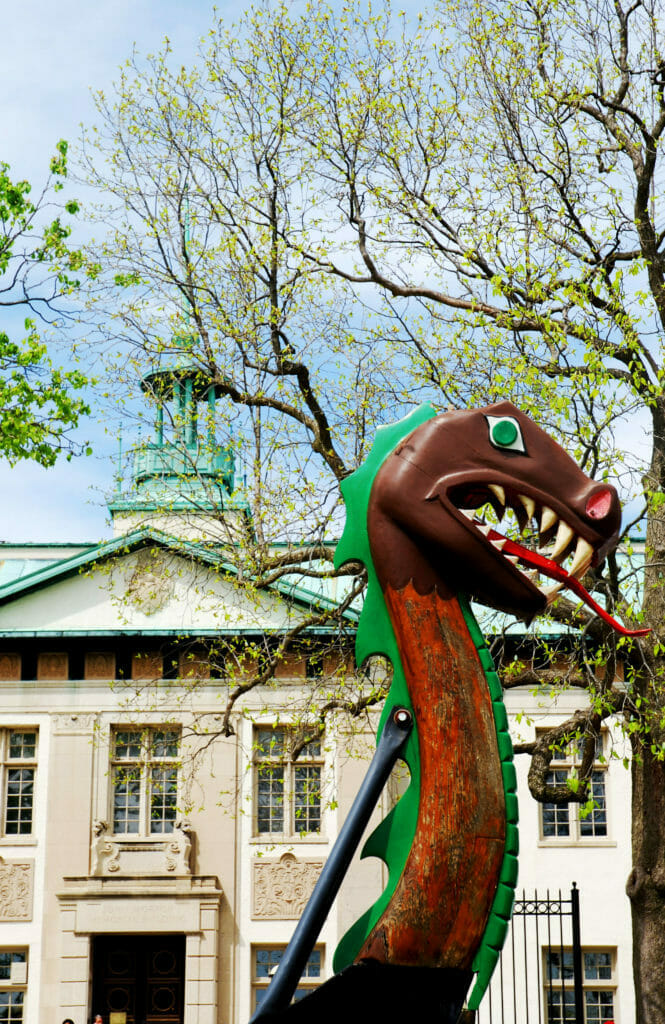 Fun fact: dragon heads (or other carvings like snakes) were only used when a boat was going to battle, and the carving could be removed if the boat was just going exploring or trading 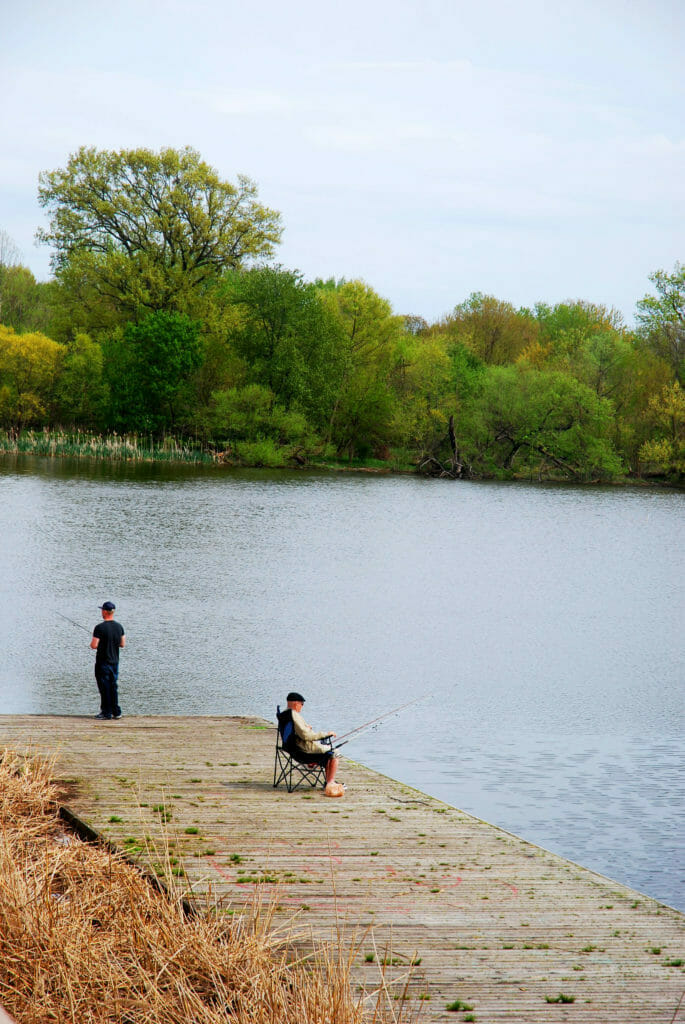 The museum is on a big piece of land overlooking a lake! 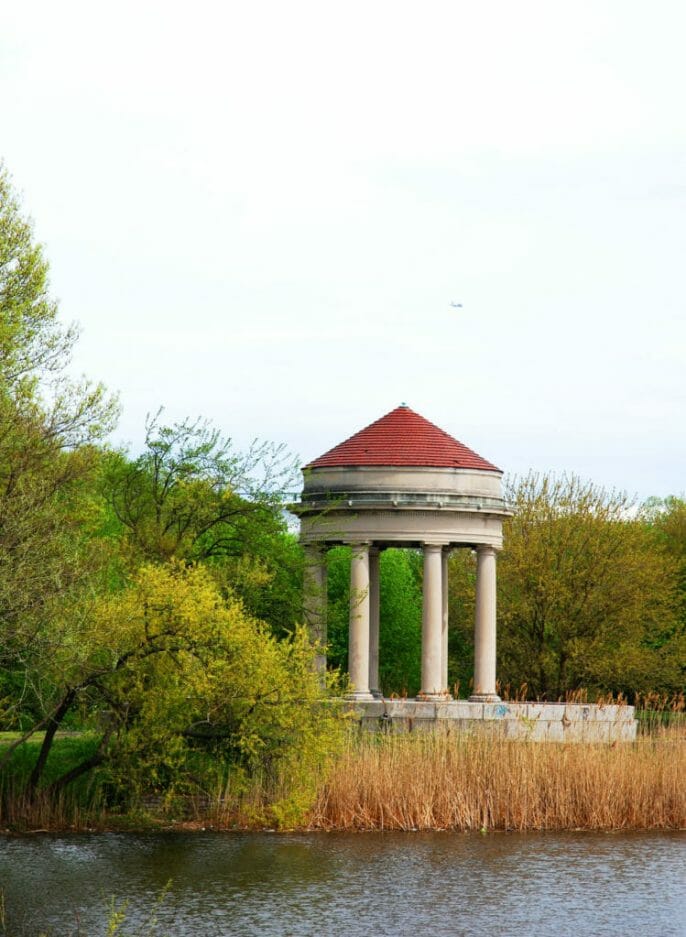 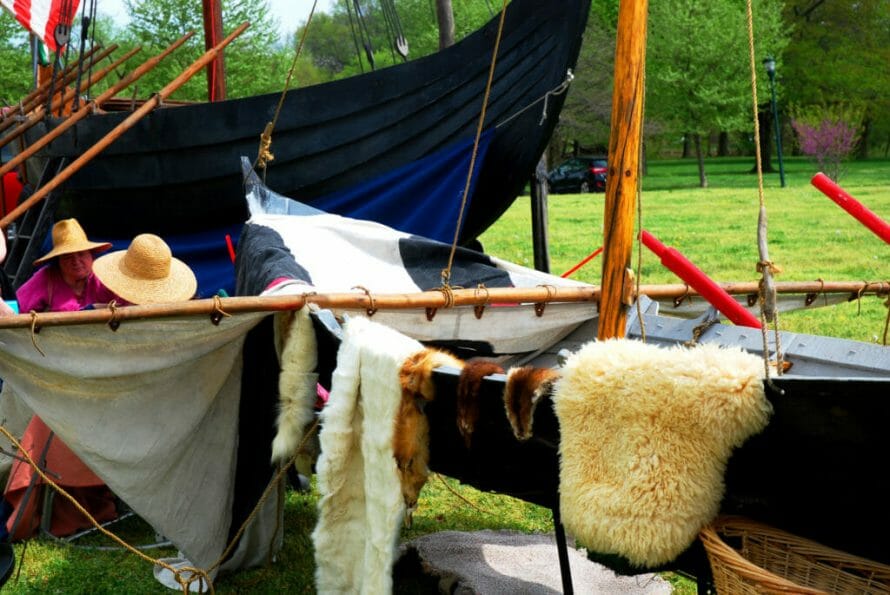 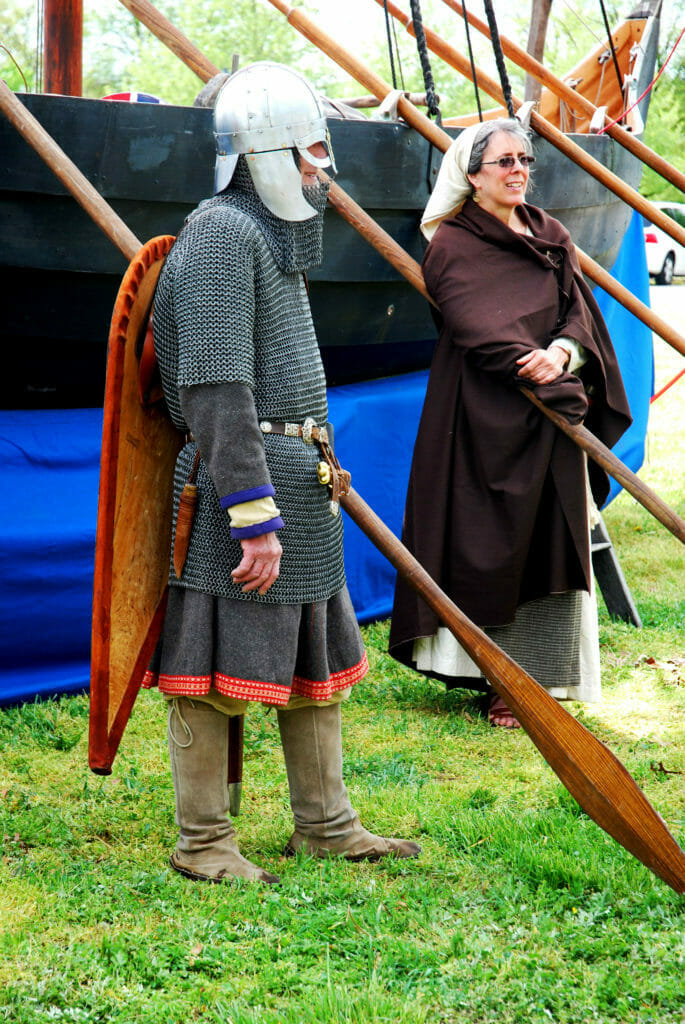 The costumes were really neat! (And notice the lack of the stereotypical horned helmets!) Viking hulls were shallow, which allowed them to navigate in shallow waters or rivers and it also helped them travel to the Middle East for trading. They could sail down narrow rivers and the boats were light enough to be carried across land when there wasn’t water. They also invented the keel! 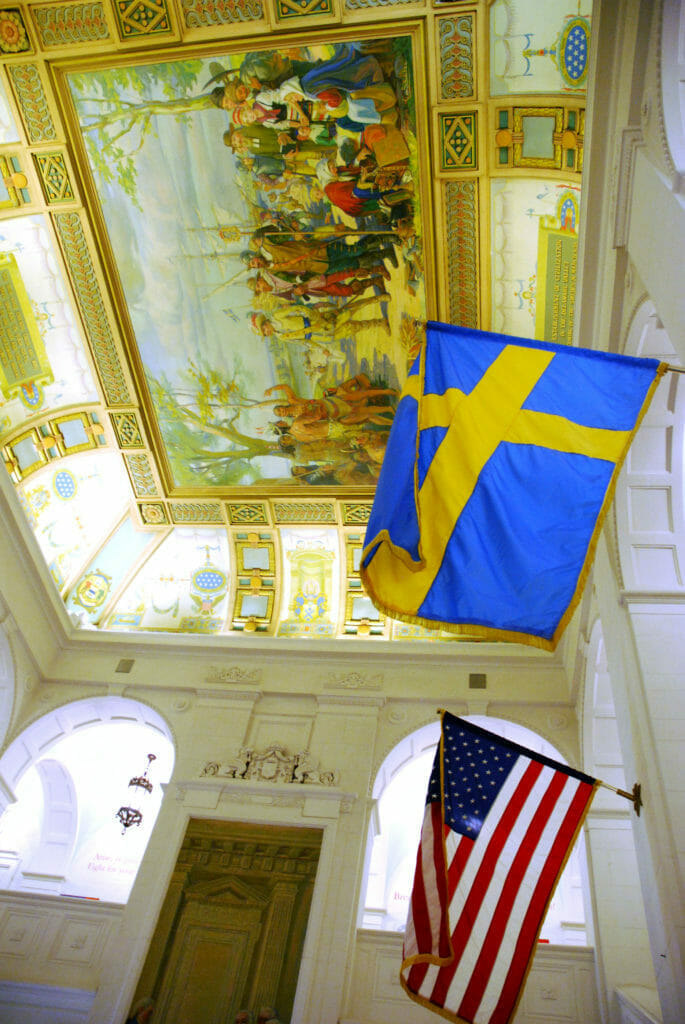 The inside of the museum is beautiful and ornate! 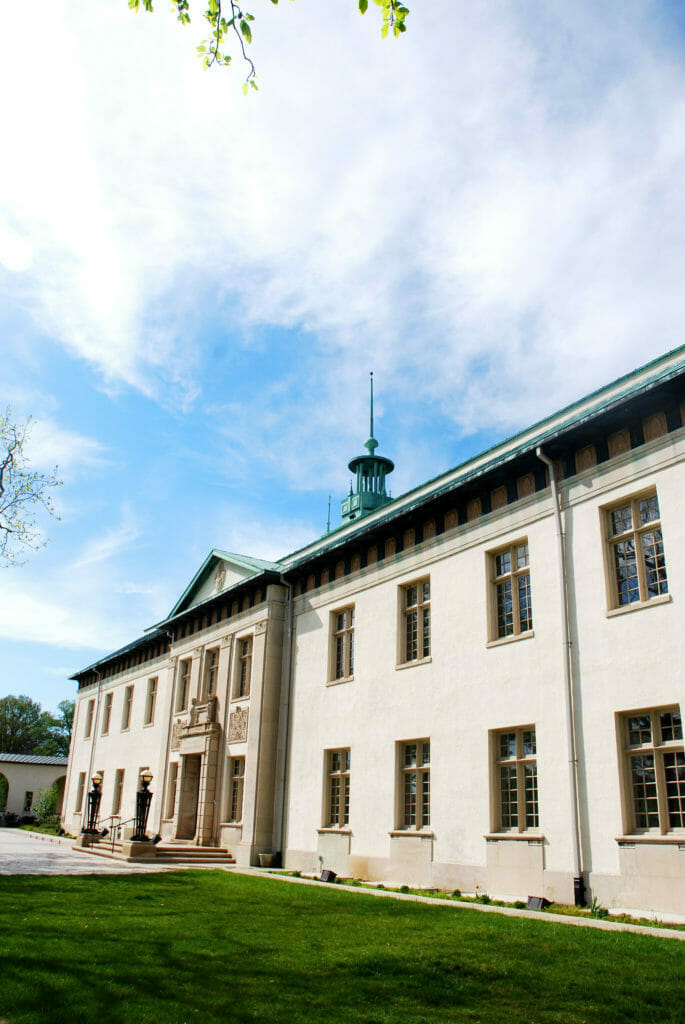 So yes, I spent my weekend nerding out at Viking Day! 🙂 I hope you learned something with my history ramblings, and comment below if you have any questions or comments!